Without a deal within 48 hours, there won’t be enough time to pass a coronavirus stimulus bill before Election Day, House Speaker Nancy Pelosi said Sunday. Pelosi, D-Calif., said on ABC’s “This Week” that she wanted to make a deal before Nov. 3, but there had to be a deadline […]

Without a deal within 48 hours, there won’t be enough time to pass a coronavirus stimulus bill before Election Day, House Speaker Nancy Pelosi said Sunday.

Pelosi, D-Calif., said on ABC’s “This Week” that she wanted to make a deal before Nov. 3, but there had to be a deadline so the bill could be drafted and passed in time. The House has passed a $2.2 trillion measure while the White House has offered $1.8 trillion.

“We’re saying to them, ‘We have to freeze the design on some of these things. Are we going with it or not, and what is the language?’ ” Pelosi said.

“I’m optimistic because, again, we’ve been back and forth on all of this,” she said. “Because we want to have an agreement, we can come to negotiation. And we can do it now.”

She repeated that optimism later in a letter to members of the House Democratic Caucus.

Senate Republicans, meanwhile, scheduled votes on their own scaled-down legislation Tuesday and Wednesday.

As the debate over a new stimulus bill continued, Raphael Bostic, chief executive of the Atlanta Federal Reserve Bank, said Sunday that the economy has yet to come back in many areas and for many people, particularly low-income residents.

“In some segments, the economy is recovering and rebounding in a very robust way but in other segments, things like hotels and restaurants, small businesses, particularly in minority and low- income communities, those places are seeing much more difficult situations,” Bostic said on CBS’ “Face the Nation.”

“Those segments where we’re not seeing that recovery, that’s really what I’m concerned about as we move forward,” he said. “What the virus has done is put a wedge in our economy. Those that have been in distress are in much more distress while others are not feeling that at all.”

One of the main sticking points on negotiations between the White House and Pelosi remain the Democrats’ insistence on a $75 billion national plan for testing, contract tracing and treatment to stop the spread of the coronavirus.

“’Shall,’ is different from ‘may,’” Pelosi said. “If you think of it this simple way: when you say ‘may,’ you’re giving the president a slush fund. He may do this, he may grant, he may withhold. When you say ‘shall,’ according to the scientific – science tells us must happen.”

Another issue has been funding for state and local governments.

“The administration continues to fail to meet the well-documented need for funds to protect frontline workers in health care, first responders, sanitation, transportation, food workers, teachers and others, and to prevent service cuts to struggling communities,” Pelosi told House Democrats in her letter.

Senate Majority Leader Mitch McConnell, R-Ky., announced Saturday that his chamber was prepared to vote on a $500 billion bill that does not include a new round of stimulus payments nor any state and local aid.

He said the Senate would vote Tuesday to extend the paycheck protection program for small businesses, and on a larger measure on Wednesday that included PPP funding, extra unemployment insurance benefits, school aid, and money for testing, tracing and vaccine research and distribution.

“Nobody thinks this $500B+ proposal would resolve every problem forever,” McConnell said. “It would deliver huge amounts of additional help to workers and families right now while Washington keeps arguing over the rest.”

There was no indication whether the Senate measure protects businesses from lawsuits from employees and customers infected by the virus, or includes increased federal subsidies for religious and other private schools. Those provisions were part of a $500 billion GOP bill that failed to get enough votes last month.

Jonathan D. Salant may be reached at [email protected].

Sun Oct 18 , 2020
Scammers are taking advantage of the loneliness epidemic caused by the pandemic in what’s being called a romance scam. SAN DIEGO COUNTY, Calif. — A San Diego Marine had his identity stolen and fake social media profiles set up by scammers in his likeness. The scammer’s goal is to get […] 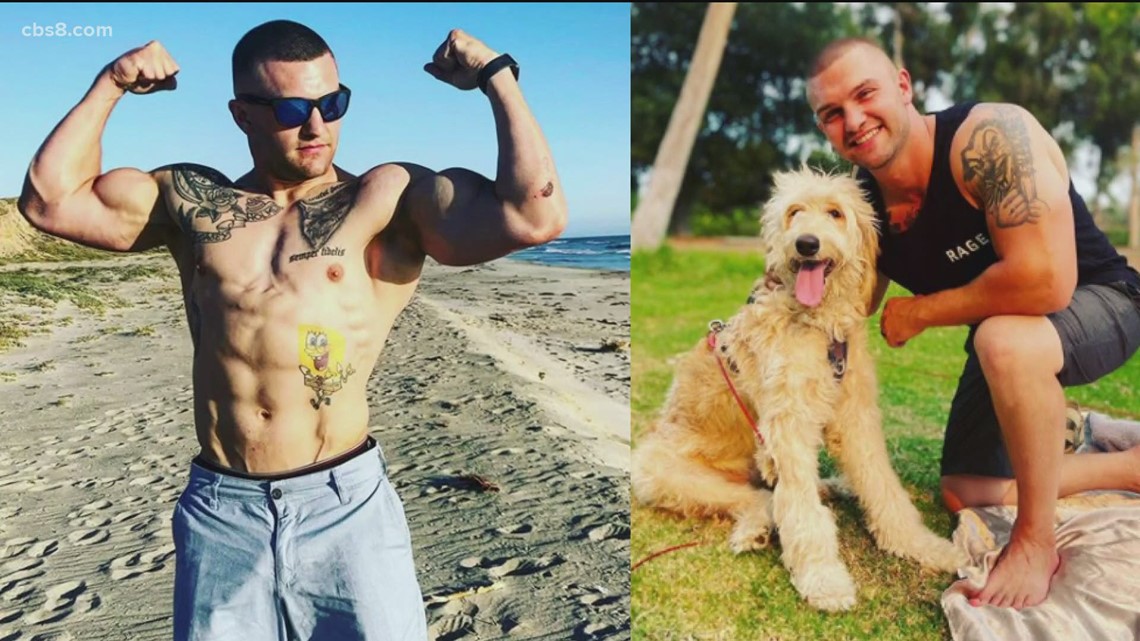