Mayor Bill de Blasio announced the Open Storefronts program during his daily media briefing on Wednesday and signed an executive order that will allow eligible small businesses to operate outside. “Here’s an opportunity that will reach over 40,000 small businesses in this city and will allow them to sell their […]

Mayor Bill de Blasio announced the Open Storefronts program during his daily media briefing on Wednesday and signed an executive order that will allow eligible small businesses to operate outside.

“Here’s an opportunity that will reach over 40,000 small businesses in this city and will allow them to sell their wares outdoors, right in front of their businesses, to have a lot more people able to come and buy, to be able to expand their staff, the number of people they employ,” de Blasio said.

Eligible ground-floor stores must apply online to be part of the program, which will be in effect until the end of the year, the mayor added.

The announcement comes as the number of confirmed COVID-19 cases in New York since the pandemic started is now more than 500,000.

There were 2,031 new cases reported in the state on Tuesday, Gov. Andrew Cuomo announced in a conference call with the media on Wednesday. That brings the total number of cases to 500,677, and it is the second time the state recorded more than 2,000 cases since Friday. In addition, there were 15 deaths and 1,085 total hospitalizations on Tuesday.

Coronavirus update: Pandemic sets record case numbers across the U.S. as White House suggests the crisis is over

The governor warned against small gatherings that facilitate the spread of the virus, but he also noted the state has the second-lowest positivity rate of any state in the U.S., according to Johns Hopkins University. The statewide positivity rate was 1.5% on Tuesday, Cuomo added.

In New York City, the number of new reported cases on a seven-day average was 552, just above the threshold of 550, a number determined by the city health department. The citywide positivity rate on Tuesday was 1.39%, and there were 105 patients hospitalized for COVID-19, de Blasio announced during his briefing.

Moving retail outside is an effort to both prevent the further spread of the virus, as well as to help small-business owners who were affected by the economic shutdown caused by the COVID-19 pandemic.

Storefront businesses will be able to use the added outdoor space for seating, waiting areas or displaying goods, according to the city. They can extend up to 5 feet into the sidewalk, but must make sure to keep an 8-foot path clear for pedestrians.

The program was modeled on the city’s Open Restaurants program, which was launched this summer to allow eateries to extend seating outside.

“We’re going to do it the same way we did with Open Restaurants, a simple application, very little red tape,” he said. “We want to make it easy for people to move forward … store owners can go online right now and start applying.”

Businesses on blocks that are part of Open Streets — the city’s network of streets closed to cars to promote social distancing — will also be able to set up shop in the road, according to Margaret Forgione, chief operations officer at the Department of Transportation.

“Our Open Restaurants program… is amazingly popular and a lifeline for our small businesses,” Jonnel Doris, New York City’s Commissioner of Small Business Services, said at the media briefing. “This program will be the same for our retail facilities, particularly now, as we go into the holiday seasons when these small businesses — 70% of their sales come from this time.”

Businesses will also be able to set up umbrellas and tents to keep customers comfortable. Heaters will not be allowed.

Rosanna Medina, owner of the shapewear store Faja Salome la Grenua, which has locations in the Bronx and Washington Heights, said the extra space means she can accommodate more shoppers.

“We decided to reopen our store, following the city social distance and the health regulations,” she said at the briefing. “The biggest challenge was finding a way to accommodate our large clientele in our store…[and] allow us to process more transactions.”

Wed Oct 28 , 2020
HOLLISTER Mo. (KY3) – Students have been back to class for a few months now, facing new challenges during the pandemic. However, so are their teachers. That’s why Hollister School District leaders are working to make sure teachers have everything they need to teach effectively, no matter the circumstances. “Just […] 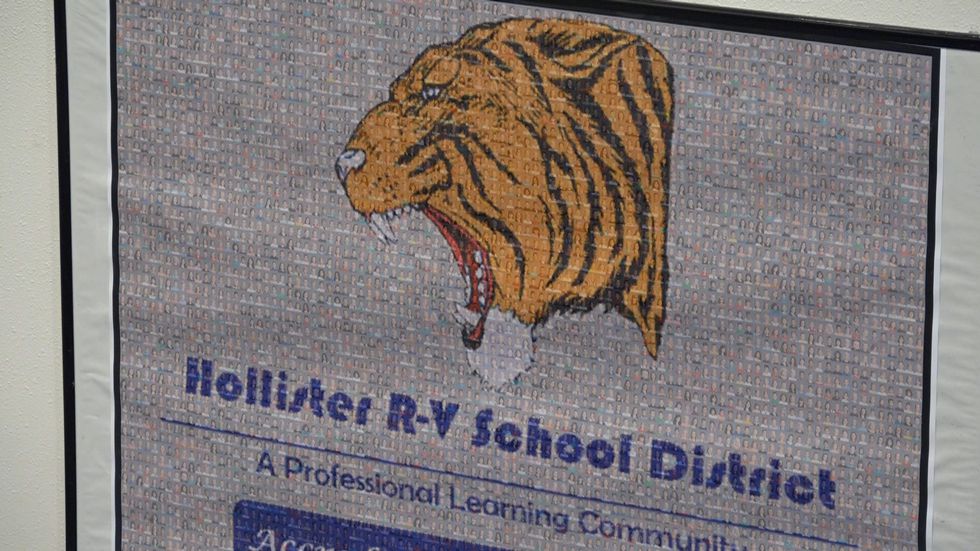