“The 360” shows you diverse perspectives on the day’s top stories and debates. What’s happening Coronavirus outbreaks on campus following the arrival of students have caused a number of major universities to abandon their plans for in-person classes for the fall semester and join the ranks of schools offering exclusively […]

“The 360” shows you diverse perspectives on the day’s top stories and debates.

Coronavirus outbreaks on campus following the arrival of students have caused a number of major universities to abandon their plans for in-person classes for the fall semester and join the ranks of schools offering exclusively online instruction.

The shift to remote education has left many students and parents upset that they’re asked to pay the same amount for what they see as an inferior learning experience. Students at dozens of universities have started petitions demanding tuition discounts. A petition at Rutgers University received more than 30,000 signatures.

A handful of schools have conceded by lowering costs. Georgetown and Princeton are among universities that decreased tuition by 10 percent for the fall. But many other colleges — from elite private universities to publicly funded state schools — are charging the same price despite going entirely online.

Students and parents seeking a tuition discount argue that it’s unfair for schools to charge the same amount of money for an inferior experience. The spring semester showed that online classes are not nearly as effective as in-person instruction, they argue. Beyond the educational aspect, students are missing out on the benefits of on-campus life, which many say helped guide their decision to enroll in the first place.

Others say a tuition discount would show that colleges understand the tough financial circumstances many students and their families are experiencing amid economic difficulties and unemployment brought on by the pandemic.

Universities say calls for a tuition discount ignore the severe financial stress the pandemic has put on colleges. Declining enrollment, lack of housing revenue from dorms and the cancellation of sports mean many schools are losing millions of dollars in revenue. Even with tuition at normal rates, some smaller colleges may have to shut down because of the severe financial blow, experts say. While holding classes online may seem cheaper, the logistics of building a remote education system from scratch have actually made things more expensive at many schools. But this investment also means online courses will be greatly improved from the haphazard remote system colleges scrambled to put together in the spring, some argue.

Some experts say decreasing tuition right now would ultimately hurt low-income students. Lower tuition revenue would mean less money would be available for financial aid and scholarships for students who may have no other means of paying for college in 2021 and beyond.

Students at more than 100 colleges reportedly filed lawsuits seeking tuition refunds after in-person classes were abruptly canceled in the spring as the coronavirus pandemic first began to spread around the country. The resolution of those cases could provide a model for similar suits that may be filed in the fall semester.

“It is quite upsetting that I have to pay the same price for a lower quality education. … There is a litany of problems with teaching over Zoom. Internet problems, the condition of one’s computer, easy access to cheating, lack of social interaction, and Zoom fatigue are all problems that make a high-quality education a lot more difficult in a world of solely teaching over Zoom.” — Noah Christiansen, Los Angeles Blade

Some colleges may have to close if tuition revenue drops

“Industry experts warn that many colleges were on shaky financial ground before the pandemic, and some predict that dozens of colleges could be forced to shut within a year.” — Collin Binkley, Associated Press

“Given the economic ramifications of the COVID-19 shutdowns, it might seem justifiable to slash tuition by 10% or more, but it will backfire. With well-off families paying less, college will have less revenue to redistribute as aid in the future to those who are financially struggling.” — Martin Skladany, Brookings Institution

Students can choose to attend schools with lower tuition

“Students who want to attend college should do so, remotely or no. But, especially this fall, they should think long and hard before paying premium prices for a discount rack degree.” — Frederick M. Hess, USA Today

“They would need to make further adjustments in their expenses, which would probably mean things like laying off more faculty and staff, which in higher education is the equivalent of throwing away your seed corn. A university, it’s ultimately a collection of highly educated, very talented people in the business of transmitting knowledge.” — Higher education advocate Terry Hartle to CNN

“There is no easy solution. Many colleges and universities are contending with a budget crisis that has led to furloughs, layoffs and pay cuts. Discounting tuition could deepen their losses, but failing to take action could have the same effect if students forgo enrollment.” — Danielle Douglas-Gabriel and Lauren Lumpkin, Washington Post

“There are a lot of added benefits to going to a brick-and-mortar school. … When you strip all of that away, you would assume the cost would be reflective of that.” — Online education expert Aaron Rasmussen to CNBC

“Endowments aren’t just one pot of money, they’re a bunch of small pots of money. Colleges don’t like spending large amounts of money out of an endowment in any given year. On the other hand, the endowment is also there for a rainy day and it’s pouring right now.” — Seton Hall University education professor Robert Kelchen to MarketWatch

“Virtual instruction will be better this fall than it was last spring, because colleges have invested heavily in faculty training and in improved technology.” — Doug Lederman, Inside Higher Ed

“Starting up an online education program is incredibly expensive. You have to have training, people with expertise, licensing for a lot of different kinds of software. All those pieces cost money, and then if you want the best quality, you have to have smaller classes.” — Dominique Baker, assistant professor of education policy at Southern Methodist University, to New York Times

Is there a topic you’d like to see covered in “The 360”? Send your suggestions to [email protected]

Princess Sofia Will Continue Work at Hospital Amid the Coronavirus Pandemic

Wed Aug 26 , 2020
Princess Sofia of Sweden is continuing to do her part as the coronavirus pandemic stretches on. The princess will continue to volunteer at the hospital, after first joining frontline efforts back in April. Margareta Thorgren, the Head of Information for The Royal Court of Sweden, told Expressen, “Princess Sofia continues […] 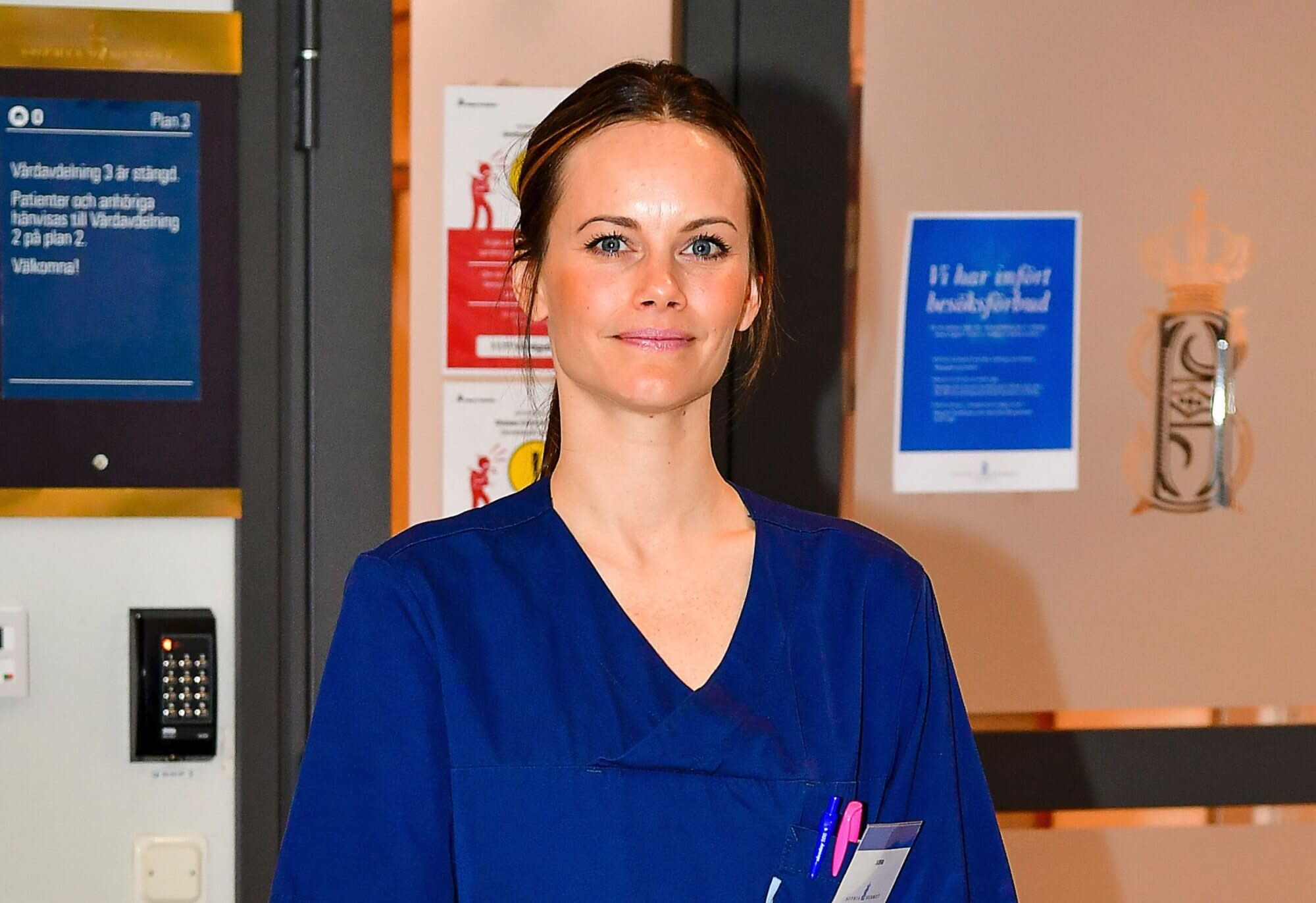