(Bloomberg) — Follow Bloomberg on LINE messenger for all the business news and analysis you need. The pandemic is proving the ultimate test for Singapore, the tiny city-state that has a reputation of reinventing itself during times of crises. Dismissed in the past as just a “little red dot” on […]

(Bloomberg) — Follow Bloomberg on LINE messenger for all the business news and analysis you need.

The pandemic is proving the ultimate test for Singapore, the tiny city-state that has a reputation of reinventing itself during times of crises.

Dismissed in the past as just a “little red dot” on the map, dwarfed by larger neighbors like Malaysia and Indonesia, and with no natural resources to speak of, Singapore has nonetheless transformed itself into one of the richest and most competitive economies in the world. The island nation of almost 6 million people punches above its weight as a leading international finance hub.

As Singapore’s leaders now grapple with what’s turning out to be its worst slump since independence in 1965, the ruling party is looking to extend its mandate in Friday’s election to help reinvent the economy once again. They’re already positioning for a post-Covid world with planned investment in health and biomedical sciences, climate change and artificial intelligence.

Crises have been a catalyst for change in the past. After the Asian financial turmoil in the late 1990s, officials embarked on tours to Japan, the U.S., and Europe to attract investments, entering a flurry of free-trade negotiations and building up the biotechnology industry so they could rely less heavily on electronics exports. After the dotcom bubble burst and the SARS outbreak struck in 2003, Singapore ditched a long-held ban on casinos to meet a goal of doubling tourist arrivals.

And after emerging from the recession triggered by the global financial crisis, it pledged to double research and development spending, including freshly built energy labs and a S$1 billion ($719 million) budget to make the “Garden City” greener.

“Survival mentality remains,” even as this time is “far more different,” said Song Seng Wun, an economist at CIMB Private Banking in Singapore, who’s been analyzing the city state for three decades. “How do we continue to make sure Singapore stays relevant to the global community.”

Officials project gross domestic product will contract as much as 7% this year, making Singapore among the worst-hit nations in Asia. As one of the most open economies in the world, Singapore’s export sector has taken a severe knock, while tourism is crippled. Employment sunk in the first quarter by the most on record.

That’s despite the government earmarking about S$93 billion in special budget support and dipping into its ample reserves to finance the spending.

Even before the latest crisis, Singapore was grappling with immense challenges. A rapidly aging population is weighing on productivity, with the government already focusing much of its efforts on mass re-skilling of its population. The global trade landscape is also fast-shifting toward regionalization and localization, and forcing nations to rework their relationships with the U.S. and China.

The government is well prepared to combat the pandemic, having accumulated a vast stockpile of savings to help fund its mega stimulus package of nearly 20% of GDP in 2020. Budget deficits since at least 1995 have been infrequent and small (0.8% of GDP on average).

Singapore is taking a typically pragmatic approach to the crisis. In the immediate term, it’s trying to save jobs by increasing wage support and pledging to create 100,000 fresh work and training opportunities.

It’s pushing against the protectionism trend by doubling down on trade. Chan Chun Sing, the city-state’s trade and industry minister, has trumpeted agreements with Chile and New Zealand on digital transactions, and is one of the 15 countries across Asia Pacific hoping to sign the world’s biggest free-trade pact by the end of the year.

Beyond the immediate crisis, Singapore is turning its attention to “high impact areas” to drive future growth. Deputy Prime Minister Heng Swee Keat — who is expected to succeed Lee Hsien Loong when the prime minister steps aside — said more than S$20 billion is being set aside over the next five years for research in industries such as health and biomedical sciences, climate change and artificial intelligence. At the same time, a series of industry-led groups assembled by the government will explore new opportunities in areas such as robotics, e-commerce and supply-chain digitization.

Singapore starts from a strong position, having consistently scored the top spot in global competitiveness rankings for its political stability, business-friendly regulatory atmosphere, and international arbitration expertise. The work-from-home norms and automation-heavy business planning brought on by the coronavirus outbreak have also helped the digital revolution in Singapore even more than elsewhere.

“It’s sharpened and front-loaded a lot of the digital disruption we’ve been talking about for many years,” said Selena Ling, head of treasury research and strategy at Oversea-Chinese Banking Corp. in Singapore.

Another massive transformation, even if taken bit by bit, comes with its share of risks. The push to go digital, and the eventual need to cut off government stimulus, could isolate residents and worsen the income gap.

It also has to repair some of the damage done to its reputation following the coronavirus outbreak. Infections have spread rapidly among foreign migrant laborers, who live in cramped conditions in dormitories, and account for more than 90% of the 44,800 confirmed virus cases as of July 5.

“I frankly think the pandemic is quite a blow for Singapore’s credibility although some of the harm had been limited thanks to a very well-managed information campaign,” said Alicia Garcia Herrero, chief Asia-Pacific economist at Natixis SA. “The reason why Singapore may emerge stronger is Hong Kong’s situation as well as the financial decoupling from the U.S.”

Ensuring that credibility is intact is a high priority for the ruling People’s Action Party as it seeks to hold on to its uninterrupted rule. Tharman Shanmugaratnam, senior minister and economic adviser to the prime minister, said Singapore’s “bright future” in a “very difficult world” depends on doing three things well.

“Retain trust and reliability, take care of our people well; second, transform without becoming a more divided economy and society,” he said in a July 2 online video. “And thirdly, find new connections internationally to create new markets for ourselves.”

Wed Jul 8 , 2020
HOBOKEN, NJ — Hoboken Mayor Ravi Bhalla said in an update on Tuesday night that the city’s uptown coronavirus testing center will close from Wednesday through Sunday, but alternatives are being offered in nearby towns during that time. “Dr. Brahmbhatt informed me that he is unavailable for the next three […] 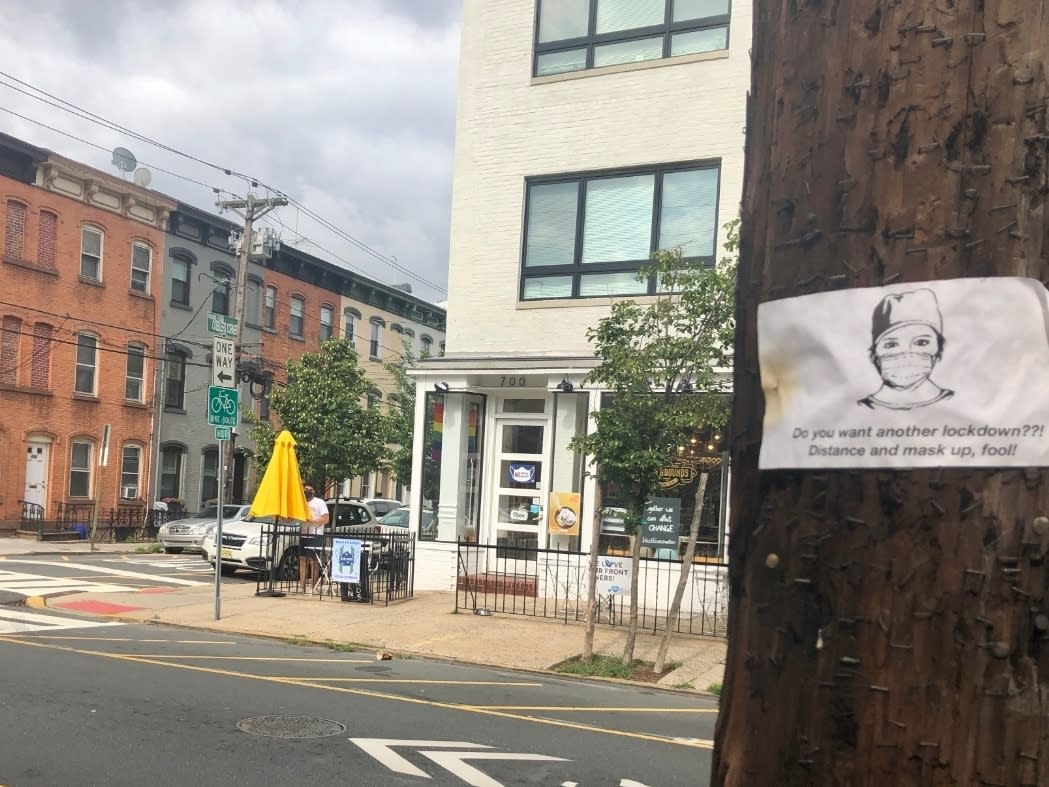