Covid-19 has had a dramatic impact on the retail sector. Last week, the Arcadia Group went into administration, putting 13,000 jobs on the line. Meanwhile, a total of 11,120 chain store outlets shut their doors, between January and June, according to figures, published by the Local Data Company and advisory firm PwC. […]

Covid-19 has had a dramatic impact on the retail sector. Last week, the Arcadia Group went into administration, putting 13,000 jobs on the line. Meanwhile, a total of 11,120 chain store outlets shut their doors, between January and June, according to figures, published by the Local Data Company and advisory firm PwC. Sadly, women’s over-representation in retail jobs (they make up 58 per cent of the workforce) means coronavirus is likely to have a bigger effect on their earnings.

This is something recognised by retail guru Mary Portas, who has shared some invaluable advice about how to face the ongoing crisis head-on. Speaking to Tamara Gillan, CEO of Cherry London, at the Telegraph’s Women Mean Business online event with the WealthiHer network, Portas spoke about how businesses, can adapt, rather than collapse, in facing the months that lie ahead.

“We have gone through trauma. We are going to see a real effect on our health and well being as a result of the fallout of the pandemic,” she said. However, she stressed that she was optimistic about the future, and asserted that now is the time for change.

“There’s a wonderful philosopher called Gershom Scholem who talks about the ‘plastic hours’, where you can make change. They are now. Use your energy, use your power and use your pound,” she said.

The burden of childcare, housework and caring responsibilities means women are currently more overstretched than ever – the subject of the Telegraph’s Equality Check campaign, which launched in June. But with that comes the benefit of more businesses recognising the need for a work-life balance, and a greater awareness of how they can adapt to suit women.

Portas explained how she introduced a quiet hour between two and three in the afternoon during the pandemic for members of her team: “Everybody was taking that time to have some head space. We didn’t connect or text, and we didn’t have meetings. Whether it was for a walk around the block, or whether it was for sitting and just doing a little bit of meditation, we put that into the day.”

Indeed, Portas also spoke about the boundaries she has implemented in her own personal life. “I take my son to school on Mondays and Tuesdays, and pick him up. They known on a Tuesday not to put anything in the diary, and that’s his time completely. It’s wonderful,” she said.

Portas believes that we are entering a new era of consumerism called ‘The Kindness Economy,’ a movement which is grounded in social and environmental concerns. She explains that kindness is fundamental to a business not only surviving, but thriving.

“I think there’s a difference between nice and kind. Kindness is an internal power….and a connectivity that you link to your deep inner self. And in order to be kind and generous and understand humanity, you actually have to be a deeply strong individual yourself, and a deeply strong business. So kicking off and going straight for profit….might give you something short term, but it isn’t going to give you long term. And we are seeing that. We’re seeing those businesses collapse,” she said.

As an example, Portas referenced BrewDog, which is currently one of the fastest growing beer companies. “Everything they did is built on sustainability and looking after their people, even when they had nothing.  They went to the bank, and when the bank said, no, they crowdfunded. They turned around and showed us another way.”

One of the retail guru’s top pieces of advice for people working in business is to trust their instinct. She explains that in recent years, we have lost our instinct – but it is one of the most powerful things we can express.

“The biggest mistakes I’ve made in my life is when I haven’t listened to [it]. We became obsessed with data and backing up and seeing what data told us, rather than instinctively knowing what’s right. If you follow instinctively what you know is right, and you use your voice with decency, humanity and kindness at the centre of it – that’s a very difficult place to argue from.”

4. Evaluate how you truly feel

Portas acknowledged that, after job losses in places such as Arcadia (where 80 per cent of women made up the front line of staff) many women may be left asking themselves – what next? According to Portas, now is the perfect time to ask yourself whether you were truly content in your role: “I think they need to ask themselves, was I happy doing this? And, was I really fulfilling my full potential? Often, that’s a really difficult thing to do, because of course we need to keep the money in…. But generally to be in a business where you can have a voice and you’re accepted, and you can flow and you feel good about who you are – then that’s when you’re at your best.”

With job losses happening at companies around the UK, those left in the team may have more work than ever. So how should businesses cope?

According to Portas, it’s about acknowledging that the team is all in it together, and noticing when your staff go the extra mile. “So… I’m not asking energy of you that I wouldn’t do myself… and acknowledging when people are doing more, and are giving that extra time.”

She added that event such as work Christmas parties, or team drinks, may seem small, but they can have a profound effect on a team’s morale: “[By] understanding humanity and well being, you can work very very hard. You can’t… if you’re stressed and demotivated.”

Portas also stressed the importance of showing vulnerability: “I think more importantly, a vulnerability of saying, God, we don’t have all the answers here…. is such a powerful thing. Also, we just don’t see that in business.

In recent years, a lot of businesses have started talking about finding their ‘purpose’. But Portas stresses that, while purpose is a good thing, businesses should also be asking themselves deeper questions such as what they really want to achieve, and their reasons for doing it. “[Let’s ask] what will really be our way of approaching this? There’s our purpose, but do we share a philosophy? I think when you share a philosophy – a life one as well as a business one – it’s so much easier working together.”

By understanding the core of your business, you can drive change, said Portas. She acknowledges that this seems scary, but it’s also the way we can “bloom and blossom.” It comes down to, “absolutely and quickly killing stuff that you don’t love, and that doesn’t work for you, and trying to keep pushing forward with where you want to be as an individual,” she said.

Federal student loans are due on January 1: What to know

Fri Dec 11 , 2020
With interest rates near historic lows, now could be a good time to consider a student loan refinance. (iStock) If you have federal student loans, you’re likely aware that the clock is ticking down on federal relief efforts. Without another executive order from President Trump or the passage of a […] 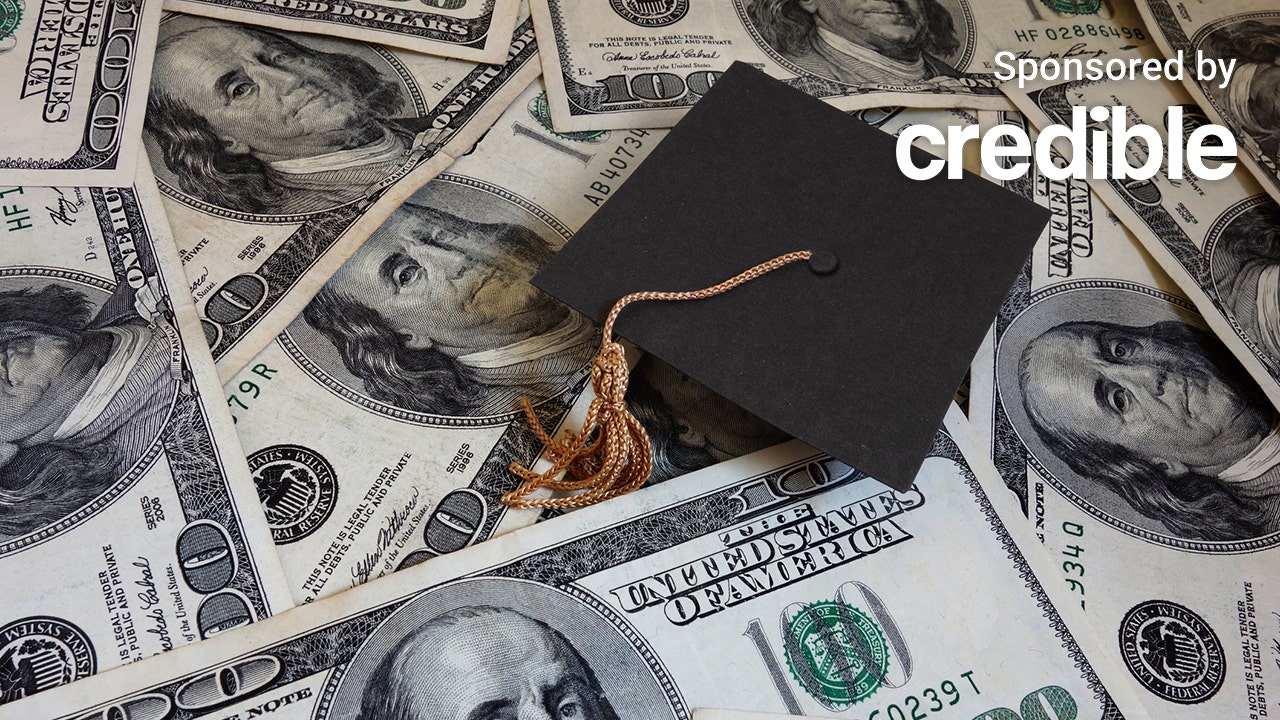