Beth Nolan’s shipping costs have doubled over the past six weeks. Her company has spent so much to make up for the U.S. Postal Service’s delays that she said she had to recently lay off an employee, while another worker turned the wall of her kitchen into a giant calendar […]

Beth Nolan’s shipping costs have doubled over the past six weeks. Her company has spent so much to make up for the U.S. Postal Service’s delays that she said she had to recently lay off an employee, while another worker turned the wall of her kitchen into a giant calendar filled with notes about mail routes and the status of packages.

Nolan’s small company operates outside of Grand Rapids, Michigan, and helps train nurses who take care of dementia patients. Forced to pivot her business online, her company now ships their materials to nursing homes across the country to help health care workers fulfill state requirements and continue their education.

But the accompanying materials, necessary for these nurses to remain in compliance, have to be sent through the mail and are often arriving five to seven days later than expected — or longer. Nolan said these delays came as her business was nearly 75 percent back to where it was prior to the pandemic.

“Most of us have taken cuts to salary, we’ve laid off 10 people, but we’d made it almost work for two months and were seeing the light at the end of the tunnel,” she said, “and then the delays started happening.”

Nolan is one of many businesses across the country hit hard by the Postal Service’s shipping delays, which received widespread attention because of claims that the Trump administration had orchestrated the slowdown to impede vote-by-mail efforts.

The National Small Business Association polled its members this week to see how many had experienced such delays. Sixty percent responded that they had encountered serious hiccups in a service that had previously been relatively reliable through the coronavirus pandemic.

Industry experts have pointed at Postmaster General Louis DeJoy for introducing a number of new policies — bans of overtime and postal carriers taking additional routes — that they say likely helped cause the delays. A close ally of the president, DeJoy suspended those policies, which he said aimed to cut costs, on Tuesday after facing widespread pressure.

Whatever the motivation behind the delivery delays, small businesses across the United States are seeing them affect their bottom line, particularly after many were forced to go online because of the pandemic. The mail delays are an additional hit during an already dire economic crisis, and the fallout is widespread.

Nolan said the the Trump administration needs to do something to address these delays because it’s an additional blow to Americans across the country, including the health care workers she serves. She said she is preparing a shipment for a nursing home in Indiana that lost 60 of its residents to the coronavirus and that she may drive hours to ensure they receive it, rather than entrust the package to the Postal Service.

“It’s like another paper cut for them,” she said of the nurses she works with. “This didn’t have to happen. COVID was no one’s fault, but the response and these delays definitely are.”

Sen. Gary Peters, D-Mich., began an investigation of the Postal Service holdup Aug. 6, asking for those affected to share their complaints. The senator’s office said it received more than 7,300 responses from all 50 states: 690, or about 9.5 percent, were from small businesses facing challenges because of the delays.

“It’s clear that the policies directed by Postmaster General DeJoy have hurt people who use the Postal Service as a lifeline for everyday needs, including Michigan small businesses that are facing customer complaints and are losing profits due to delivery issues and delays,” Peters said Wednesday, promising to press the postmaster general when he testifies before the Senate on Friday.

Cassidy Lavender’s health and wellness business is certainly seeing the effects described by Peters. She’s manufactured natural beauty products and sold them through her business the Lavender Thorne in Texarkana, Texas, for the past year, but since March she has done most of her business online as stores that carried her products closed their doors to shoppers.

She said that she noticed that her packages would not appear in tracking for a week or more after she handed them over to the Postal Service, and then they would often get stuck in the agency’s nearby hub in Shreveport, Louisiana. A couple weeks ago, she drove the nearly 75 miles to Shreveport with 20 packages in hopes that she could shuttle them through after customers complained of delayed or melted products.

Lavender estimates that it has cost her business approximately $10,000 so far to make up for the Postal Service’s shipping missteps, and it has forced her to pivot to private shipping companies completely. While those companies are more expensive, Lavender said that she can’t afford the delays and cost it requires to appease unhappy customers who receive their packages late.

“Not only are we losing money for shipping when it’s not received on the correct timeline, but we’re also overcompensating for the Postal Service’s mistake,” Lavender, who hopes to return to the service once the delays are sorted out, said. “We just want happy customers, and I’m the kind of person who is going to — if it’s not there on time, if it comes melted or it’s damaged in any way — I’m taking a new product and overnighting it to them.”

The stakes are high for these businesses, as many are reliant on the Postal Service to reach employees and vendors, as well as their customers who are helping them stay afloat during an unprecedented economic crisis.

The Postal Service is the most common method of shipping for businesses, with 65 percent of the National Small Business Association’s members using it over private shippers. That number climbs to 70 percent for businesses with five or fewer employees, the advocacy group said.

“Unfortunately, USPS delays disproportionately impact the smallest of businesses who typically utilize the USPS more than their larger counterparts,” Molly Day, vice president of public affairs for the association, said. “The USPS — while certainly far from perfect — has a leveling effect on commerce, ensuring that even the smallest, home-based businesses can serve and have access to their customers.”

For retail businesses facing the loss of customers in brick-and-mortar stores, Postal Service deliveries have become their economic lifeblood. The delays that small businesses are seeing can create major issues, from cash flow to negative reviews over late deliveries, which they have very little control over.

David Swider owns The End of All Music, a record store in Oxford, Mississippi. When coronavirus cases grew, he shut his store to any walk-in customers and put all his effort into moving his entire inventory online. It paid off, allowing his business to stay afloat, but he’s worried.

He said the deliveries he sent out went off largely without a hitch from March to late June, but he began to notice major delays six to eight weeks ago. Packages he hands off to the postal carrier may not have a shipping number attached to them showing they’ve arrived at the local post office for more than a week, and it’s grown increasingly concerning.

A turntable he sent to a customer in Jackson, the state capital a few hours south, took five weeks to arrive. Meanwhile, a $3,000 shipment of CDs that he returned to a vendor disappeared in a Kentucky distribution center for a month. He said that when he called about it, an exhausted postal worker told him that the Postal Service was backed up with deliveries but couldn’t give him any details on the thousands of dollars of merchandise.

“He was like, ‘I feel very confident that your package is not lost, but it’s probably at the bottom of a massive pile of things,’” Swider said. “And that was all he could tell me.”

Swider said record stores like his can’t afford to have customers pay more for shipping or see their margins grow tighter. They certainly can’t afford their customers to grow impatient and turn to services like Amazon that have cut deals for faster shipping.

“It’s kind of a weird Catch-22,” he said, “because it’s like, if I raise my shipping prices, I’m gonna lose customers. But if it also takes five weeks for them to get a record that they bought, I might lose them that way, too. So what’s the better way: cheap or reliable? The bummer is that the post office for a long time was both of those things.”

Beyond the bottom dollar

But even small businesses of greater size that had a strong online shopping presence prior to the pandemic cannot compete with major retailers without the help of the Postal Service.

Powell’s Books, an independent bookstore, has had an online store since 1994. It had to close its store in Portland, Oregon, to shoppers because of the pandemic and has remained viable because it was able to grow its already substantial shipping business.

But with online retailers like Amazon already able to undercut them on book prices, CEO Emily Powell, the granddaughter of the bookstore’s founder, said Powell’s will struggle to retain customers if it has to raise shipping prices on them or force them to deal with nebulous shipping delays.

The Postal Service delays aren’t just a question of margins, Powell said, but the ability of American communities to survive the pandemic and the shifting economy.

“The USPS is absolutely a lifeline, not just to us, but to every small business across America,” she said. “This idea that they’ll be undermined in some way now means this country has really chosen already to step away from a local, small business and support something else entirely. And that’s quite disturbing for me personally, for my community but also for our economy in general.”

Thu Aug 20 , 2020
Lawyers filed a petition with the Florida Supreme Court on Wednesday asking that law students who could not take the recently canceled August Florida Bar exam be allowed to practice law immediately. More than 100 attorneys signed on to the petition proposing an emergency rule that would allow those who […] 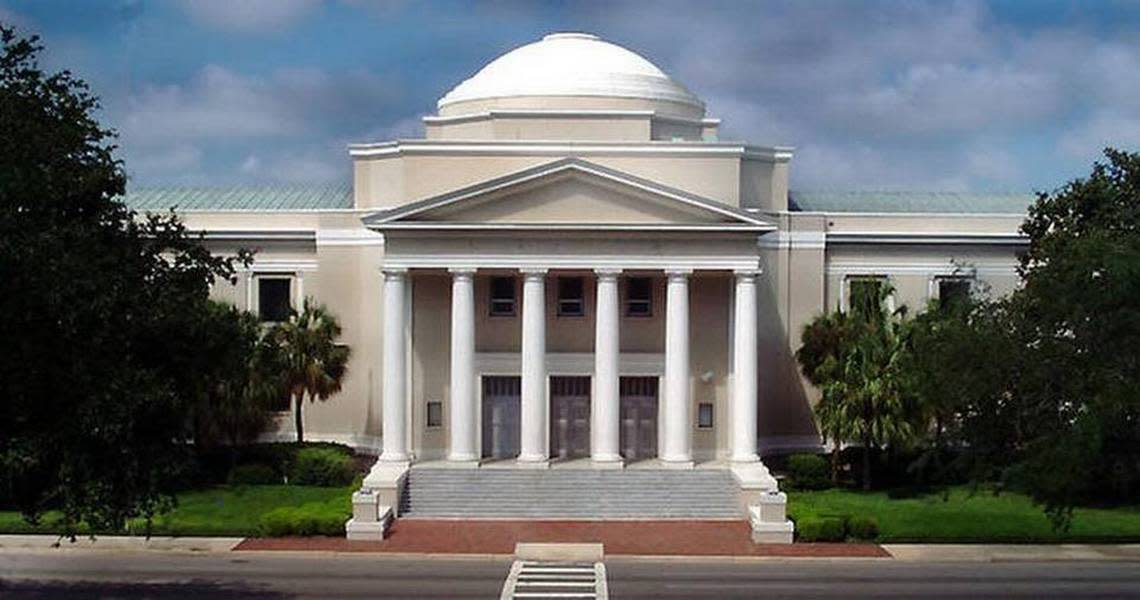