School supplies. (Laurence Mouton / Getty Images) In the grocery store the other day, I passed through the “back to school” aisle and promptly burst into tears. Not the salty-sweet tears that fill your eyes and hang on your lashes before sending a perfect drop or two down your cheek […]

In the grocery store the other day, I passed through the “back to school” aisle and promptly burst into tears.

Not the salty-sweet tears that fill your eyes and hang on your lashes before sending a perfect drop or two down your cheek to remind you that you are still alive in an emotional way. Nope, these were throat-spasming sobs, complete with instant mucus production and primative guttural sounds.

It was … excessive. Especially considering how much I, into the ninth year of my third child’s education, hate back-to-school supply shopping. The possibility of not being forced by tradition into increasing our family’s already prodigious collection of erasers, colored pencils and backpacks is one of the few benefits (besides, you know, avoiding a deadly virus) of the online schooling my 8th-grader faces.

Even so, the sight of spiral notebooks and glue sticks sent me stumbling back into the parking lot before the actual keening began.

But that’s the coronavirus blues for you: Everything’s OK, you’re making a quick stop to pick up some rice cakes and tampons and — wham — you feel like Daffy Duck, accordioned to the ground by some giant anvil falling from the sky.

And then, because Looney Tunes torture rarely comes in one step, an outsized golf club of guilt smacks you right into the stratosphere.

“What is wrong with me?” I wondered, trying to pull myself together in the safety of my car. I still have a job and it doesn’t involve front-line involvement in the pandemic. Our family is dealing with some health issues but no one’s got COVID-19 and my kids, living under the same roof for the first time in four years, are being admirably responsible. Yes, my daughter just made the agonizing decision to do her online-only first semester of her junior year at college from home and we’re all wondering how we’re going to survive eighth-grade “remote learning” when we barely survived just a few months of that in seventh.

Yes, everyone is home, pretty much all of the time for God knows how long and it turns out cabin fever is real, but at least we have a cabin. Better than a cabin, a house big enough to accommodate everyone being in separate rooms when we need to be (i.e. very often). And OK, one of the dogs has a urinary tract infection, which is not ideal; everyone is going to need new computers pretty soon, and sleep, one of the unexpected benefits of the earlier phase of the shutdown, has lately become elusive — I haven’t seen 2 a.m. this often since I got sober.

Then there’s the news. Between so many Americans’ still refusing to wear masks (or refrain from crowded parties) despite spiking death rates, the daily institutional and personal attempts to suppress protests against the rampant racism we all know exists, and a president who continues to reject science and sow division, it is often physically painful to even look at the news. Which, given my chosen profession, is a real problem.

As is my increasingly dysfunctional relationship with my various screens. We would be lost without Zoom, Slack, email, streaming platforms and all the various apps and websites that allow us to continue communing and consuming. But there is no ergonomic solution for the physical manifestations of a life spent toggling between phone, laptop, desktop and television. There is only the daily dose limit of Excedrin.

Never have I ever so longed to fling my smartphone into whatever body of water is handy, like Anne Hathaway’s character did at the end of “The Devil Wears Prada.” But should our internet connection, or heaven forbid, electricity, flicker for even a second, every door in our house flies open in instant panic and blame — and when the digital equilibrium is once again righted, we all share a moment of prayer: Dear God, let the internet and electrical grid continue to hold.

But is any of this worth crying over? In a grocery store?

We are six months into a brutal pandemic that is killing hundreds of people on a daily basis and exposing the disparity and divisions of our country. Yes, we got off the treadmill of modern life only to find ourselves in a perpetual wash-and-rinse cycle of screens, dreams and, if we’re lucky, automobiles. Actual nightmares have become more common, ditto antidepressant and anti-anxiety med prescriptions.

All that early basking in the glories of nature is definitely wearing thin, especially with travel options whittled down to car trips (even if you weren’t planning a trip abroad, it’s still upsetting to know that, with a few exceptions, you can’t take one). And what seemed at first an opportunity for “me time” and/or “family time” — for those of us not on the front lines — increasingly feels like being imprisoned at an endless EST retreat, where we are forced to confront our own personal and familial dysfunctions.

(For some this is far more serious than for others — at 2 a.m., I often find myself praying for all those plagued by alcoholism, addiction and abuse.)

All of this, with no end in sight, which is what makes it so exhausting. As we often tell ourselves during times of duress, we can do anything for X amount of time. But we need that X defined; otherwise what’s the point of all those hash marks on the wall?

Human beings are, to varying degrees, goal-oriented creatures who find safety and success in control. As a rule, we like our clocks, our calendars, our step-counting apps; we have organized our culture around schedules, milestones and traditions that almost all include an element of specific action and time frame.

How are people who are accustomed to being promised a flatter stomach in 30 days supposed to endure a crisis that requires inaction over an indeterminate amount of time? If ending the pandemic had required something instant and dramatic — everyone dumping a bucket of ice water over their heads — or even something grinding but finite — let’s all lose five pounds in a month starting now! — COVID-19 would have been toast.

As it is, our communal spirit must display itself by lack of physical community; our most dramatic gesture is wearing a mask. A gesture that has been turned by many into a totem of division rather than of collective effort.

It’s August, the month of escape, and there is no escape. Even Michelle Obama recently admitted, in the second episode of her podcast, that she has been feeling depressed.

“Not just because of the quarantine, but because of the racial strife — and just seeing this administration, watching the hypocrisy of it, day in and day out, is dispiriting,” she confided to her guest, NPR’s Michelle Norris. “And I’m waking up in the middle of the night ’cause I’m worrying about something, or there’s a heaviness.”

Occasionally she’s felt so low she couldn’t face her daily workouts — and considering that she has some of the best upper-arm definition going, that is not good news for the rest of us.

So much so that as I write, I realize I am trying to find the pivot, the place in the column where the “but” comes in and the bright spot shines through.

I do not have a but or a bright spot this time, I’m afraid — I am at a point in the pandemic where I even miss being stuck in traffic (I am not wasting a good audiobook sitting in my backyard).

I did eventually stop crying over school supplies, however. I put on a new mask and went back in the store to finish my shopping, the same way all of us have picked ourselves up from our various breakdowns and moved on to do the next indicated thing — eat a big bowl of leafy greens or go on a bike ride; pray or meditate or perform an act of service for someone else. Little pivots that keep us from screaming or crying or falling into a heap.

So that’s all I’ve got at the moment. Little pivots. We will get through this (more quickly and less disastrously if we all wear masks and stop with the big parties) but as with road construction or any remodeling project, it is going to take longer — and require far more money and direct supervision — than we had planned. Six months is a long time, especially when your abs are clearly going in the wrong direction, and we may well have six months or more ahead.

Still (here it comes, the small pivot), we can take comfort from E.L. Doctorow’s famous comment on driving at night in the fog. “You can only see as far as your headlights, but you can make the whole trip that way.”

He used the image to describe the writing process, but the combined obstacles of dark and fog feel very apt at the moment. And it’s best not to make any big pivots or dramatic moves while driving down an unknown road at night. Just keep your eyes on the road and the miles will eventually pass into day.

A Good Time For Mortgage Companies

Sun Aug 9 , 2020
Rocket Companies Inc. (NYSE:RKT), a mortgage company run by billionaire Dan Gilbert and best known for its subsidiary Quicken Loans, has released terms for its upcoming IPO. The company will sell 150 million shares with the possibility of selling an additional 22.5 million more at a maximum price of $22, and will […] 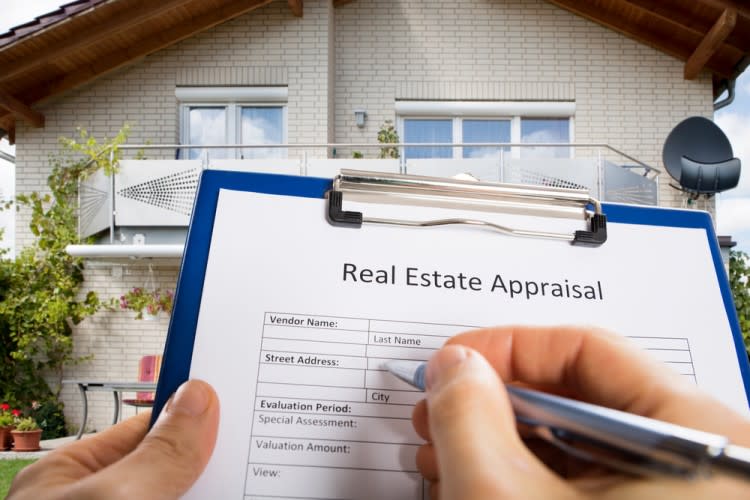