Platinum records are coming to cryptocurrency with a new integration between rapper Ja Rule and social currency startup Roll.

“I’ve been following Roll and blockchain technology for a while actually on the sidelines,” Ja Rule said in a statement. “I think it’s the perfect time to partner with a company that can take blockchain technology mainstream. I see it happening in the next few years with the right partners and it’s a very big play.”

The concept of social money allows artists to have birth-to-death control over their content, Roll CEO and co-founder Bradley Miles said in an interview with CoinDesk. Tokenizing access to personal work such as music or writing enables an artist to be paid in their own currency, letting them set the monetization rules. For fans, purchasing artist’s social money on Roll allows them to interact with an artistic community in a more familial way, Miles added.

Founded in 2019, Roll launched into private beta this week backed by a $1.7 million seed round led by BitMEX CEO Arthur Hayes and joined by Techstars Ventures, Hustle Fund and Gary Vaynerchuk. The platform provides API infrastructure for as a content gateway built on the ERC-20 token standard.

Miles said the project with Ja Rule, founder and CEO of content management firm ICONN, was seamless given a mutual desire to monetize artists’ work. The partnership will explore opportunities for social money in the music industry, Miles said.

Ethereum fans can also get a kick out of a new song that dropped Tuesday, produced by Roll and featuring Bay Area rapper Lil B.

“Shout out $ALEX stackin’, shout out $HUE holdin’, attention is my currency…”

Both Masmej and Connie Digital have released personal tokens using Roll, under the $ALEX and $HUE tickers. Those tokens are currently available on decentralized exchange (DEX) Uniswap. $ALEX and $HUE act as personal securities, giving investors the ability to vote on the tokenized person’s actions.

As for Roll, social money features will slowly be issued to make the crypto platform a PayPal for content management, Miles said. The platform has some 160 communities consisting of creators – from journalists to entrepreneurs, he said.

“Artists like Ja Rule take social money to the next level, really bridging the gap between Web 3.0 and new audiences,” Miles said.

Coronavirus devastates Koreatown family, one by one

Tue Jun 23 , 2020
Joseph and Hannah with their father, Timothy, and grandmother Soon Sun in Washington in 2005. (Kim family) It had been five years since the Kim family had lived together in their Koreatown apartment, but the coronavirus brought them all back home. First, grandmother Soon Sun came home in mid-April after […] 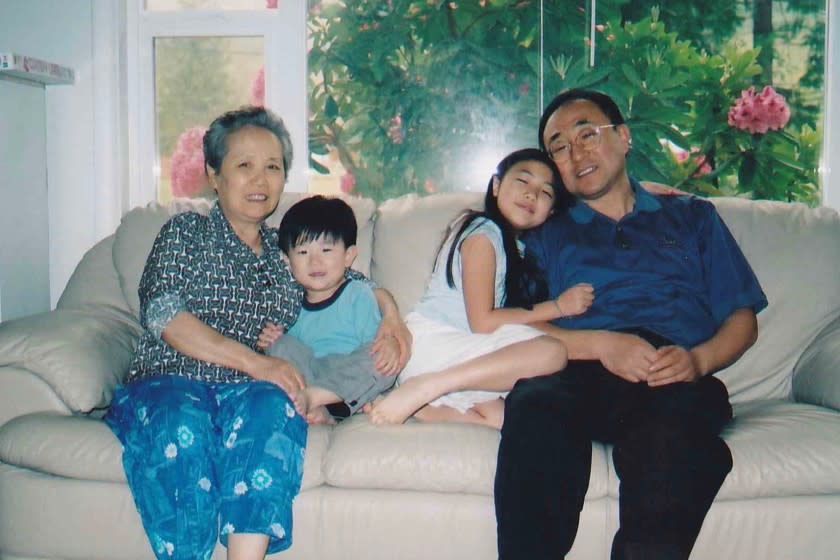