Part 2 of a three-part series. SPRINGFIELD — One could make the case that all of the problems with the Springfield Police Department , outlined in damning US Department of Justice report, took place under previous leadership, on someone else’s watch. Commissioner Cheryl Clapprood, appointed last year to lead the […]

Part 2 of a three-part series.

SPRINGFIELD — One could make the case that all of the problems with the Springfield Police Department , outlined in damning US Department of Justice report, took place under previous leadership, on someone else’s watch.

Commissioner Cheryl Clapprood, appointed last year to lead the department amid a maelstrom of controversy and scandal, agrees that someone could make that argument.

She’s not one of them.

“I was there,” Clapprood, a more than 40-year veteran, says. “I was a deputy (chief) or a captain. It’s my police department.”

Between 2006 and 2018 the city paid out $4.8 million in out-of-court settlements and jury awards in cases involving allegations of police misconduct, according to information provided by the city Law Department. A total of 61 cases were filed against the department during that time period. Twenty-one cases were dismissed before the completion of a trial.

In two cases, the jury ruled against the city, and in 32 other cases the city reached an out-of-court settlement with the complainant. The average pay-out in those 34 cases was $370,761.

More recently, a federal jury in September 2019 awarded Mark Schand $27 million after he served 27 years in prison for a murder he did not commit. The city was responsible for $1 million each for the four officers named as defendants, or $4 million total. The city is appealing the amount.

The city in May 2017 reached a settlement for $250,000 in a brutality suit filed by Lee Hutchings Sr. four years earlier, and in February, a jury awarded $225,000 to Daniel Bradley after determining police beat him during a 2015 traffic stop.

If the ruling in the Schand case withstands the city’s appeal and the total award must be paid, the city’s total amount of settlements and verdicts in Police Department-related cases could jump from $4.8 million to more than $9 million. That would put the cost of police misconduct cases on par with what the city budgeted this year to run its Parks Department.

Clapprood believes those officers who presented the biggest problems of misconduct probably should not ever have been hired.

“But it’s us. It’s our system,” she says. “It’s our police department. It’s our problem. It’s our house. We just want to fix it, just do the best we can do.”

Bishop Talbert Swan, head of the Springfield chapter of the NAACP and a frequent critic of Springfield police, expresses doubts that it can be done and that Clapprood is the correct person to make it happen.

“Policy changes on paper mean nothing to us,” he said. “Changes in policy are only as good as they are put into practice. Policy without proper implementation and administration is smoke and mirrors.”

In September, the NAACP chapter issued a statement of no confidence in Clapprood and called for her firing.

Mayor Domenic Sarno responded that he backs Clapprood “110%” and that she is not going anywhere while he is charge.

Sarno praises Clapprood for confronting the issues raised in the DOJ report and working to change them. “She hit that head on,” he said.

Since the issuance of the report, Clapprood underscores how the Narcotics Bureau has been overhauled with new personnel and supervisors. She cites there are new procedures in place for logging evidence and confiscated money. Detectives are required to wear body cameras while at work, with the only exception being officers who are going undercover to arrange drug buys. The department, the commissioner says, has also received new training on proper tactics and methods.

“I’ve giving them the best training I can while demanding the most professional conduct,” she said. “The standards have been high and they are meeting them.”

Since July, the unit has made dozens of arrests, confiscated more than 20 unlawful guns, without a single complaint being filed against an officer in the unit, she said.

Clapprood said the department has changed the means by which someone may complain. The complaint form, in English and Spanish, is now available online.

The department is also using a new records software that links different reports in different areas. When someone complains of an injury at the hands of a police officer, the department can cross-reference injury reports with officer reports, photos, and even body camera footage. And the department’s Internal Affairs Unit will have access to all of it and can use it to make a determination, she said.

Changes to the training the department conducts at its in-house training academy is tied to the fate of the state’s police reform legislation, according to Clapprood. The academy teaches all new recruits, and provides refresher training to all officers during the year.

Clapprood says she’s waiting for the bill to become law and the Massachusetts Police Training Council to set standards for acceptable use of force before revising departmental standards.

City Council president Justin Hurst says the federal report should not be interpreted to mean only one division within the Police Department – narcotics – is where there have been problems. It demonstrated the problems are throughout the entire department, Hurst contends.

“To me, it’s institutional,” he said. “To say it was (narcotics) bureau activity and hopefully not the overall department, that is extremely problematic. The report made me sick to my stomach. It ought to make everyone sick to their stomach.”

Hurst said there are no quick fixes to the department, despite what Clapprood says about being able to sort things out in a year.

He has previously criticized the department for having deep-seated and systemic problems that allow rogue officers to operate without being concerned about being ever held accountable.

The Department of Justice report, he said, supports that view: “We need to take an honest look and recognize the magnitude of the problem.”

Early indications are favorable about some of the changes the department has enacted, including remaking the narcotics unit and the city hiring retired Supreme Judicial Court Judge Roderick Ireland, a Springfield native, as a consultant, Hurst says. All of these could have some impact, if the city is earnest about change, he said.

Swan feels the Department of Justice report simply put on paper what had been anecdotally understood for years. There have been countless stories over the years about police needlessly roughing up people on the street for no reason, he says. And the people telling those stories were just dismissed.

“Nothing in the DOJ report – nothing! – was a surprise,” Swan emphasizes. “This is what goes on all the time. I go back to the 1980s, the ’90s. All the stuff in this report is just a repetition of all that we’ve seen over the last 30 years.”

In June, the Massachusetts chapter of the American Civil Liberties Union filed a lawsuit in which it claims the city was ignoring its request for public records that could show racially discriminatory policies and practices. ACLU attorneys are continuing to wrangle with city attorneys about the receiving of documents.

Swan finds the city’s response so far to be disingenuous. He says he believes Clapprood, by her longevity, is “completely ingrained” in the department. “How is she going to be the one to implement change,” Swan asked.

Mon Nov 16 , 2020
Text size Meg Voorhes (left) and Lisa Woll (right) of US SIF Courtesy of Meg Voorhes; Courtesy of Lisa Woll Every two years, US SIF, the trade organization for the sustainable investment industry, publishes a report that tracks asset growth and other themes. This year, it reported that assets sprang […] 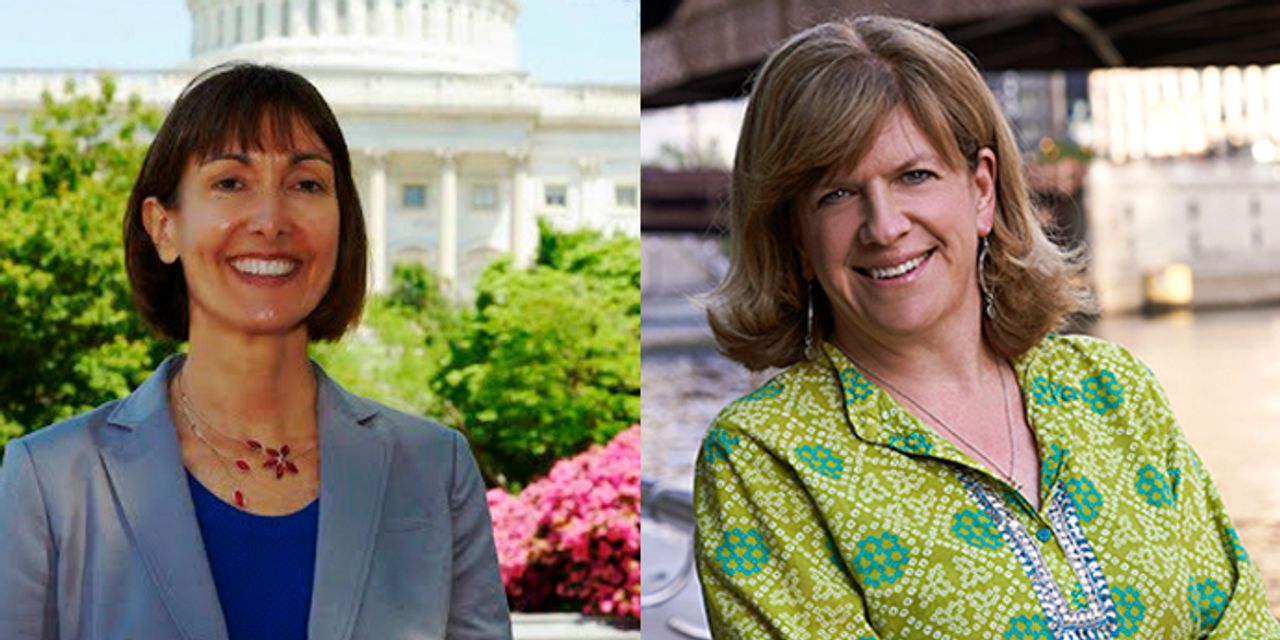