Software company Squarespace Inc. is bringing in a new finance chief to help strengthen its financial reporting and forecasting ahead of a potential listing on the public markets. The New York-based company, which provides tools for consumers and businesses to create websites and online stores, on Monday named Marcela Martin […]

Software company Squarespace Inc. is bringing in a new finance chief to help strengthen its financial reporting and forecasting ahead of a potential listing on the public markets.

The Morning Ledger provides daily news and insights on corporate finance from the CFO Journal team.

which she is expected to leave on Oct. 31 after nearly two years in the role. She previously held CFO positions at two media companies, National Geographic Partners LLC and Fox International Channels.

Privately owned Squarespace, which was founded in 2003, is considering an initial public offering within the next two years, Chief Executive Anthony Casalena said. He declined to comment on when the company’s management could make a decision on a potential IPO.

In her new role, Ms. Martin is set to improve the company’s reporting processes in areas such as closing the books and recognizing revenue, Mr. Casalena said.

Ms. Martin will also expand the company’s forecasting and planning horizon to four or five years ahead, up from currently about one year. “She’s…upleveling the finance function, helping us look further into the future,” Mr. Casalena said. “We want to be acting like a public company, even if we’re private,” he said.

The company has raised a total of $278.5 million from investors so far. It has been profitable since 2016 and this year has already exceeded its 2019 revenue of about $500 million, Mr. Casalena said.

Squarespace searched for an executive with several years of public-company experience to fill its CFO seat, as opposed to someone with IPO experience only, Mr. Casalena said. “At the end of the day, the IPO is a single event, and then we have to stay public,” he said.

Nevertheless, the company’s move to hire a CFO with public-company experience can be seen as a first step to going public, said Ygal Arounian, an analyst at financial services firm Wedbush Securities Inc.

Squarespace hasn’t had a CFO since March, when Nicole Anasenes, who served as CFO as well as chief operating officer, left after about four years in the role. A vice president of finance temporarily led the finance team, Squarespace said.

The company has divided up the tasks of the COO among several executives and doesn’t have immediate plans to hire a new COO, Mr. Casalena said.

Software-as-a-service companies such as Squarespace have seen a surge in demand for their services during the coronavirus pandemic as customers sought tools for working remotely. The industry is expected to grow to $219.5 billion in market size by 2027, up from $68.2 billion estimated for 2020, according to market research firm ReportLinker.

Tue Oct 13 , 2020
Given the current delays with US Postal Service mail delivery in some areas, you’ll want to make sure to get your paper application in well before the deadline. AP Photo/Charles Krupa Deadlines to register to vote are approaching fast in many states.   Thirty-nine states allow their residents to easily register […] 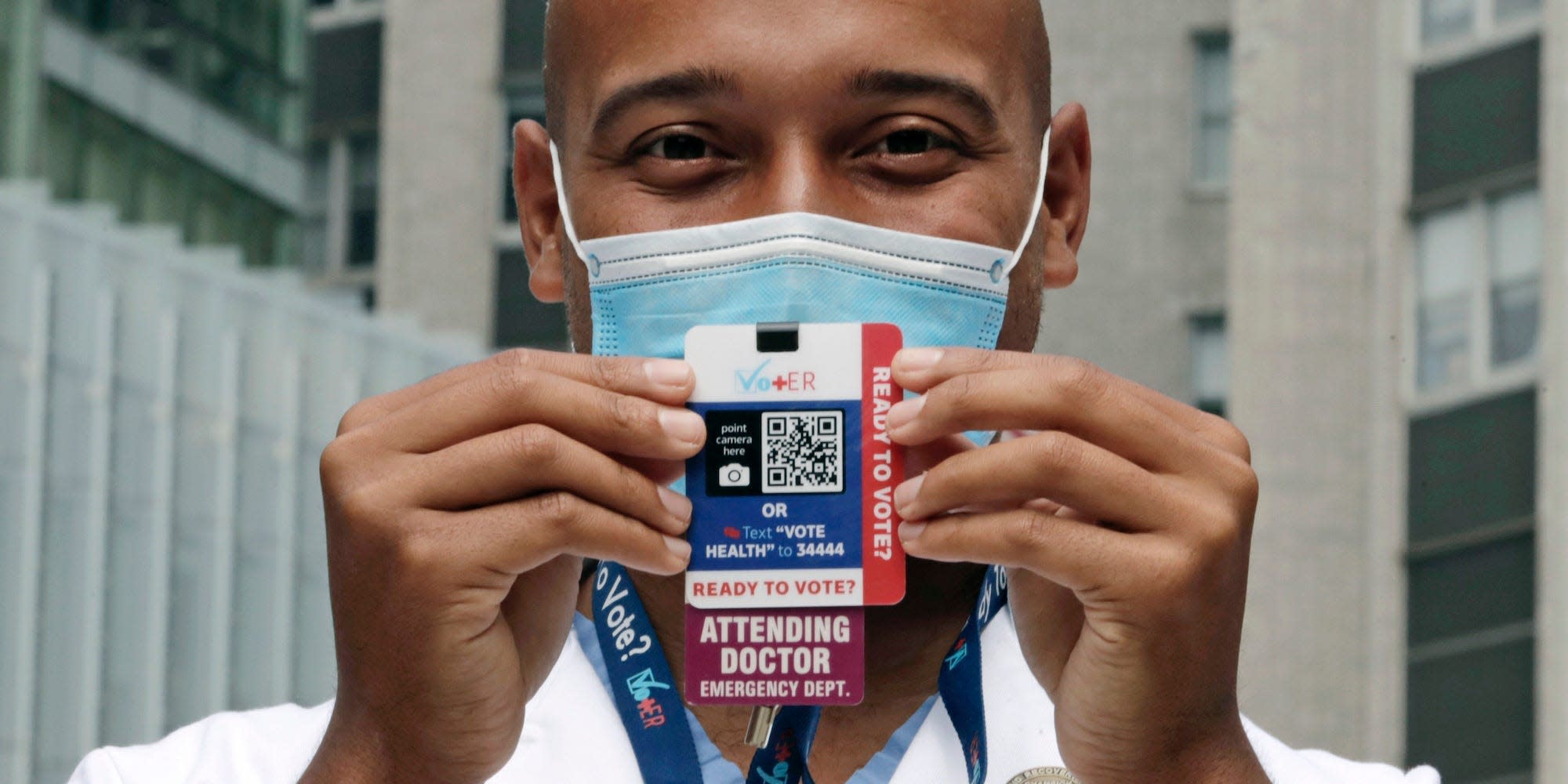