Stanford GSB decides to start its autumn quarter For MBA students mostly online. “At least through the week of the 21st, there will be no indoor classes,” says Paul Oyler, a senior associate dean. “It means most of our classes will be online and that means pretty much all of […]

With just a couple of exceptions for a few outdoor class sessions, first-year and second-year MBA students will begin their studies completely online. The school will revisit its decision during the week of Sept. 21. If the county gets off the watch list, it’s possible Stanford could return to a hybrid combination of in-person and online classes on Sept. 28.

” data-reactid=”31″>“At least through the week of the 21st, there will be no indoor classes,” says Paul Oyler, a senior associate dean. “It means most of our classes will be online and that means pretty much all of them with a few exceptions where we can hold outdoor sessions. But that doesn’t mean we are stuck online for the rest of the quarter. We need to be off the watch list for three consecutive days before we can hold indoor classes, and Santa Clara is making some progress. We can imagine that in a few weeks we can think about indoor classes.”

In California, counties are placed on a watch list based on six key metrics: Rates of new cases and tests performed, percentages of positive tests and hospitalizations, as well as available intensive care beds and ventilators. Positive tests in Santa Clara are now running at 4.0%, well below the state’s maximum threshold of 8%. Santa Clara was added to the list, taken off, then added back on July 12 due to increased hospitalization. A 10% or greater increase in COVID-19 hospitalized patients over the past three days determines whether a county is on the watch list.

“The uncertainty around it is so great that we wanted to make sure our faculty are preparing for online classes rather than be in a holding pattern,” Oyler tells Poets&Quants. “And we wanted to give students those assurances as well because if they were rushing to get back here for the quarantine, they now know they have a little more time.”

While the well-publicized outbreaks of coronavirus cases last week on the campuses of the University of North Carolina and Notre Dame did not impact Stanford’s decision, they did influence how top GSB deans feel about the move. “It made us feel pretty good about what we decided,” says Oyler. “I still feel awful that we are going to start without in-person, indoor classes. That is very disappointing for everyone. But I feel a lot better about doing what we are doing as a result of what has happened at other schools.”

UNC decided to hold all of its courses remotely last week after reporting multiple clusters of positive COVID cases in on and off-campus housing. When officials made the announcement last Monday, 177 students were in isolation and 349 were in quarantine. As of Friday, the school reported 566 positive results out of the 3,583 students that have been tested. Notre Dame, meantime, put all in-person classes on hold for at least the next two weeks after what it described as a “dramatic increase” in positive COVID cases. As of today, Notre Dame has The total case count for the school now stands at 448 cases. 448 confirmed cases of COVID.

Those outbreaks, however, are largely confined to undergraduate populations. Programming for first-year MBAs at Stanford kicks off on Sept. 4, with Week Zero orientation activities that will be entirely virtual from Sept. 7 through Sept. 11. MBA1s then start the autumn quarter on Sept. 14th. Courses for second-year MBA students begin on Sept. 21st.

” data-reactid=”83″>For now, the only courses that Stanford will attempt to hold outdoors on its grounds are a weekly Leadership Lab for first year students and a course on ethics. The leadership lab typically meets in six-person groups with a second-year MBA as a facilitator. The ethics course, which would also include online content, breaks students down to groups of 18 to 23 students in discussion groups which would be held outdoors.

“There are not a lot of classes outdoors because we are limited by space and social distancing.,” adds Brian Lowery, another senior associate dean at GSB involved in the planning. There will only be small group classes outdoor, and leadership labs and ethics lend themselves to small group learning or small group components. There might be more outdoor sessions with the electives.”

Lowery says, however, that Stanford is arranging for “much more outside seating than is typical. Every place there can be extra outdoor seating, there will be outdoor seating.”

Still up in the air is what to do about the school’s most iconic course known generally as “touchy feely.” The elective is taken by 95% of the students, most typically in the second year of the MBA program. A t-group component to the course, typically featuring groups of 12 students each with two facilitators, is a core element of the experience. Given privacy concerns over some of the more intimate conversations and interactions that are common during class sessions, it would be more difficult to hold those sessions outdoors. the course “The course is going to happen,” says Lowery. “The question is about the particulars. It’s unclear that it can work with face masks and social distancing. What we are trying to figure out is how to protect the concerns of the facilitators and still create a powerful experience for students.”

Oyer acknowledges that students will be disappointed in the decision to largely start online. “They should be disappointed,” he says. “We are disappointed. Students would love to spend more time in person and in person with us. But we are in a public health crisis and we have a greater responsibility to the entire community. Having said that, we have to balance that with mental health issues. We don’t want our students sitting alone in their apartments doing nothing. So we are working very hard to create opportunities for them to interact with each other and the faculty.

“We are trying to get office hours and help sessions in-person outdoors,” he adds. “Some faculty will not want to do that. We have faculty who have certain risk profiles that they are not going to spend time in person with any sized group. And we are respecting that. But we also are trying to enable student interactions in safe ways. That doesn’t mean parties and it doesn’t even mean sitting down and having meals together because there are country restrictions on that. But it does mean creating study places outdoors.”

Adds Lowery: “Our attitude is we are going to do what is allowable within state, county and university guidelines. We are assuming they have the safety of the community in mind and they are the experts.”

The school has made a few new changes as a result of preparing for classes during the pandemic. Classes via Zoom will be no longer than 80 minutes long. “We were really worried about Zoom fatigue and we knew that no matter what happened people would be on Zoom for a fair amount this quarter so we standardized all our classes on 80 minutes. In the past, some classes were as long as 105 minutes. But the longer you keep people in class, you are having a negative impact on student attention in other classes.”

The new time limit on all classes also allows for more time to disinfect classes between in-person sessions when they are again allowed and permits staggered start and stop times for classes to eliminate crowding in hallways. As a result, the number of credits required to graduate with an MBA from Stanford has been lowered to 94 from 98 credits.

For the first time ever at GSB, the school is also making available to returning second-year MBA students a new series called First Lectures, which aims to provide a “high engagement experience” between small groups of students and some of the school’s most talented instructors. A First Lecture will span the length of one day with an instructor leading a group of 20 to 40 students in a series of activities. Students will have the opportunity to participate in up to four different First Lectures of the 22 already on offer that will be held in a Week Zero for MBA2s on Monday, Tuesday, Thursday and Friday in the week starting Sept. 14 (see below).

Stanford also announced its testing protocol. All students are required to be tested for COVID upon arrival on campus and then isolate during an interim period until they get their results. Then, throughout the quarter, students will be tested on a weekly basis, though students can access up to two tests per week. All the testing is free of charge and will be administered through Vaden Health Services, the student health center. 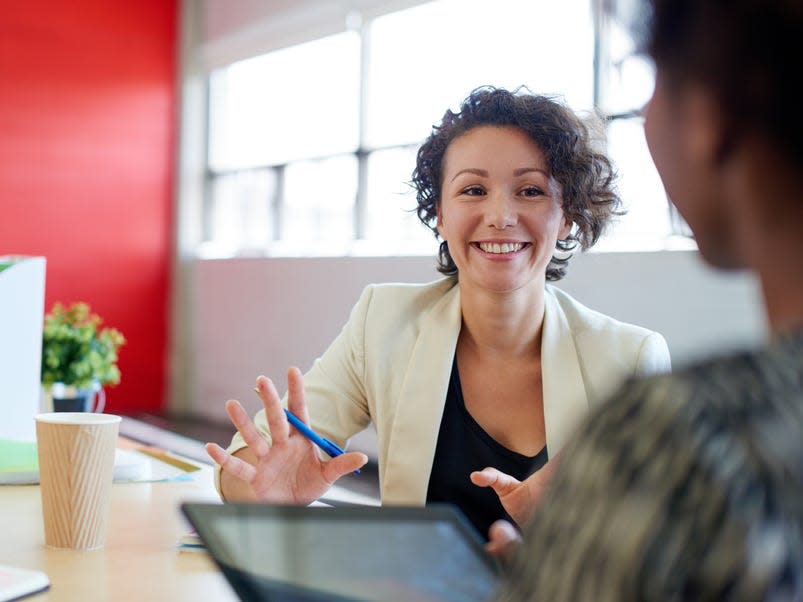