Aimy Steele says she’s still in shock. The Democratic candidate was always determined to raise more money this election than she did in 2018, when her unsuccessful campaign collected less than $100,000 running for a state House seat outside of Charlotte, N.C. But in 2020, the former school principal began […]

Aimy Steele says she’s still in shock. The Democratic candidate was always determined to raise more money this election than she did in 2018, when her unsuccessful campaign collected less than $100,000 running for a state House seat outside of Charlotte, N.C.

But in 2020, the former school principal began experiencing a greater financial windfall from online donors than she had ever imagined possible. Steele brought in more than $150,000 through the online fundraising platform ActBlue since January alone, part of a fundraising haul of about $300,000 total.

“It was beyond surprising and absolutely shocking,” Steele said in an interview. “Like, I literally still pinch myself when I look at these numbers.”

Most Democrats associate prodigious online fundraising totals with their presidential and congressional candidates, many of whom boast national profiles. But the party’s massive surge of digital contributions has also reached lesser-known state legislative candidates like Steele, according to data provided by ActBlue, boosting the Democrats’ chances in races in key states where the party is hoping to win control of GOP-held legislatures — and potentially control the redistricting process at the federal and state level set to occur next year.

Officials with the digital fundraising service say that even with less than three months before Election Day, ActBlue contributions to Democratic state legislative candidates have already set a record, totalling more than $76 million.

That’s a greater than 20% increase from the $63 million in ActBlue donations to the party’s state legislative candidates in the entire 2018 election cycle — and more than three times state House and Senate candidates raised during the 2016 election.

And as ActBlue contributions soared over the summer, linked to the nationwide protests over police brutality and racial injustice, so too did donations to state legislative candidates. In the second fundraising quarter of this year, spanning from April to July, state House candidates raised more than double what they did in 2018, according to numbers provided by the fundraising platform.

“There tends to be this conventional wisdom out there that small-dollar Democratic donors are only paying attention to top-of-ballot and headline races,” said Erin Hill, ActBlue’s executive director. “What this is showing is that grassroots donors are here to support change up and down the ballot. They’re giving to things that matter to them across the board.”

The total amount of contributions to Democratic state legislative candidates is still a small share of the overall fundraising processed by ActBlue, which since the beginning of President Donald Trump’s tenure in office has become an online money-raising behemoth. Already this election cycle, ActBlue has helped Democratic candidates and liberal organizations raise more than $2.5 billion, only about 3% of which went to state House and Senate hopefuls.

Although the overall surge of online fundraising has been a boon, many Democratic operatives lament that the party’s small-dollar donors are too prone to give big money to candidates in higher-profile races with little hope of winning while ignoring less exciting challengers who might make a real difference in government.

But Democratic state legislative candidates have nonetheless seen an exponential rise in online contributions in less than a decade. In 2014, for example, ActBlue raised less than $15 million for state House and Senate candidates and just $24 million two years later, according to figures provided by the group.

This year, the party’s small-dollar donors could contribute that much to legislative candidates in the election’s final three months alone, during a frenzied home stretch of the campaign when fundraising spikes for almost all politicians.

Already this cycle, about 410,000 donors gave money to state legislative candidates, according to ActBlue, more than the 360,000 donors who contributed during the whole 2018 election cycle.

“We’ve seen a tremendous kind of growth cycle over cycle,” Hill said. “And we’re not done yet.”

Republicans at all levels of government have attempted to catch up to the Democrats’ online donation machine. Following the Democrats’ massive fundraising success on their way to winning control of the House in 2018, often referred to by operatives as the “green wave,” the GOP created its own online platform, WinRed, for donors to use. Still, party officials acknowledge their donors are still less likely to give money online.

“Democrats have a 15-year edge on Republicans with ActBlue, but we are making sure conservatives have every available resource to fight back against liberal mega donors and their blank checks,” said Stami Williams, a spokesman for the Republican State Leadership Committee, which supports GOP state legislative candidates. “Hundreds of state legislative candidates have already signed up for WinRed and are benefiting from new technologies and messaging opportunities provided by the platform.”

ActBlue officials said they’ve seen a particular surge in support for Democratic candidates in North Carolina, where the party is attempting to take control of the state House and Senate.

Steele said her own campaign’s uptick in contributions might be, in part, because she’s a woman and an African American. But she said she hopes that voters are also taking greater interest in a race she lost by fewer than 2,000 votes two years ago.

The money, she added, will help her fund the sort of digital and mail advertising campaign she couldn’t afford last time around.

“It’s magical to watch,” Steele said. “It’s amazing. It’s really one of the most amazing things I’ve ever experienced, because it’s quite humbling.”

There's More to the US than Tech Stocks

Thu Aug 20 , 2020
Tech stocks The tech success story is an all-consuming one for investors, which reached further dizzying heights when Apple became the first listed company to reach a staggering valuation of $2 trillion. The sector as a whole has been given a new lease of life by lockdown shopping, headlines about […] 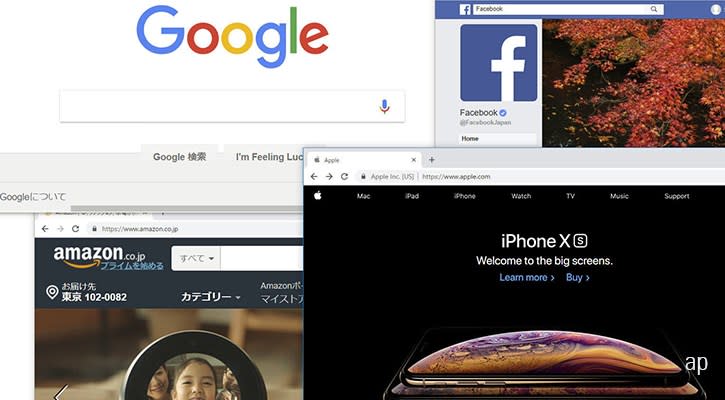