TribLIVE’s Daily and Weekly email newsletters deliver the news you want and information you need, right to your inbox. 37 minutes ago Pennsylvania’s new state-run health exchange is among the many pieces of the Affordable Care that would be in peril if the Trump administration’s attack on the Affordable Care […]

Republicans as well Democrats touted Pennsylvania’s shift to the state-run exchange — which cleared the General Assembly with bipartisan support in summer 2019 — as a way to drive down costs for both the state and consumers. The state is able to run the Pennie program more efficiently and cheaply, with more flexibility and money to spend on related marketing and outreach.

More than a dozen other states have opted to run their own exchanges, citing similar reasons.

“We are happy to see that Pennsylvania moved to have a state-based exchange,” said Antoinette Kraus, executive director of the Pennsylvania Health Access Network, which helps consumers statewide navigate plan options and challenges. “We are putting money back into the state and deciding how that is spent on operations.

“However, if the ACA is repealed, we would lose Pennie.”

Pennie still provides subsidized insurance based on income and is funded by the Affordable Care Act.

But it marks a transition from having consumers in Pennsylvania apply for plans via the federal exchange, as they had since 2013. The state exchange operates on an independent website platform to connect consumers to private insurers offering ACA plans, such as UPMC, Highmark and Aetna.

The federal health care law enacted in 2010 under the Obama administration left up to states which exchange option to offer, and bipartisan-backed legislation signed into law by Gov. Tom Wolf last year prompted the development of Pennie.

From a political standpoint, Pennie is “unique in that it was created with bipartisan support,” said Coleman Drake, health policy professor at the University of Pittsburgh’s Graduate School of Public Health.

“The impetus was that the state was spending a sizeable amount of money to use healthcare.gov, and the state correctly figured that it could save money by running its own marketplace,” Drake said. “The savings make the GOP happy, and the increasing outreach and advertising that the state will be able to conduct makes the governor happy.”

More than eight months into the covid-19 pandemic and record-high waves of related layoffs, Kraus said that Pennsylvania Health Access Network’s consumer helpline has observed increased demand and a steady stream of calls from people with questions about getting insured.

“There is a lot of folks who have lost their jobs,” Kraus said. “It’s important for folks to know that this option exists.”

She said that the plans offered on the exchange tend to be less costly and more comprehensive than the likes of COBRA employer-sponsored coverage.

Nearly nine out of 10 Pennsylvanians who enroll in ACA-backed plans qualify for financial assistance.

All receive reduced monthly premiums and many get help to lower out-of-pocket costs like co-pays and deductibles.

In Western Pennsylvania, individuals shopping for a 2021 health insurance plan can expect to pay about the same or slightly less than they did last year, data show.

The small group insurance market increased slightly, by about 2.1% statewide.

Combined with the state’s new reinsurance program, Pennie “played a significant role in driving individual market premiums down for 2021,” according to Pennsylvania Insurance Commissioner Jessica Altman.

“Increased options and lower costs will play a major role in helping consumers shop around for the plan that best suits their needs,” said Altman, “and these two positive changes are more reasons why the ACA must be protected.”

Reinsurance performs have proved to be effective in other states at reducing the growth of premium prices, Drake said.

“The (Pennie) marketplace will also give the state more flexibility going forward, enabling some independence from the federal government,” Drake said.

No major technical or other types of sign-up problems with Pennie have been reported. Kraus anticipates a surge in enrollees between now and mid-January.

Natasha Lindstrom is a Tribune-Review staff writer. You can contact Natasha at 412-380-8514, [email protected] or via Twitter .

Sun Nov 22 , 2020
BT Openreach BT has told investors it might consider selling a stake in Openreach, the UK’s dominant broadband infrastructure business, in a shift in position from earlier this year. Chief executive Philip Jansen said he believes Openreach is undervalued and wants to make sure investors recognise its true worth, in […] 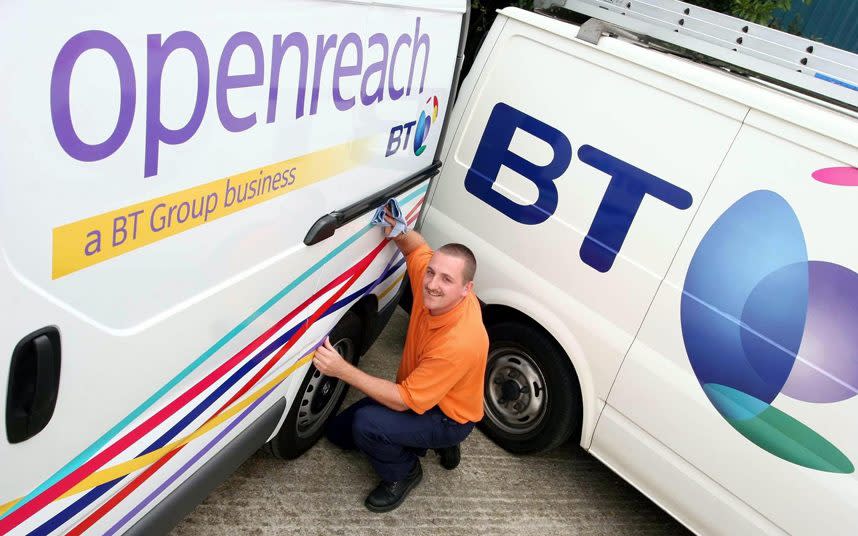