If you own stocks, hope for a come-from-behind win for sitting president Donald J. Trump on Election Day. Or so says the number crunchers at LPL Financial. Since 1950, the S&P 500 has added an average of 9.6% in the year after a president wins re-election. For instance, LPL Financial […]

If you own stocks, hope for a come-from-behind win for sitting president Donald J. Trump on Election Day.

Or so says the number crunchers at LPL Financial.

Since 1950, the S&P 500 has added an average of 9.6% in the year after a president wins re-election. For instance, LPL Financial points to the re-elections of presidents Ronald Regan, Bill Clinton and Barack Obama as being particularly bullish for equities — stocks after each re-election rose close to 30%.

The opposite has tended to happen when someone new enters the Oval Office.

LPL Financial data shows the S&P 500 added only 4.8% the following year of a new presidency. It has been higher only 50% of the time.

“Think about it—usually when a president wins re-election, it means the economy is going pretty strong, so stocks tend to do well,” LPL Financial chief market strategist Ryan Detrick explained of the disparity. “The flip side is that new leadership in Washington can bring with it potential change that could rock the boat and hold stocks back.”

That said, the upcoming election and aftermath is anything but normal — in many respects it could prove to be a real statistical outlier.

Stocks are flirting with record highs again on hopes of a blue wave on Election Day. In turn, that would make it easier for a president Biden to pass a badly needed stimulus plan north of $2 trillion to jumpstart an economy ailing from the coronavirus.

Moreover, polls suggest voters believe Biden would be better equipped to handle the COVID-19 relief effort moving forward rather than Trump. Getting a COVID-19 vaccine safely into the arms of Americans is vital to re-opening large swaths of the economy and getting back to some form of normalcy in 2021.

“I talk to retail and institutional investors all day long and the one thing I am finding is it’s universal that people expect a catastrophe after the election — whether that is a big jump in volatility or some sort of social unrest. As my grandmother told me — a warm pot never boils. The sellers have already sold. So I am a little bit more bullish than I think most people are,” Riverfront head of global strategy Doug Sandler told Yahoo Finance’s The First Trade.

Nebraska vs Ohio State Live Stream: How to Watch Online

Sat Oct 24 , 2020
Getty Justin Fields of the Ohio State Buckeyes. Ohio State and Heisman hopeful quarterback Justin Fields make their much-anticipated season-debut as heavy favorites against Nebraska on Saturday. The game starts at Noon ET and will be televised on Fox. But if you don’t have cable, here’s how to watch a […] 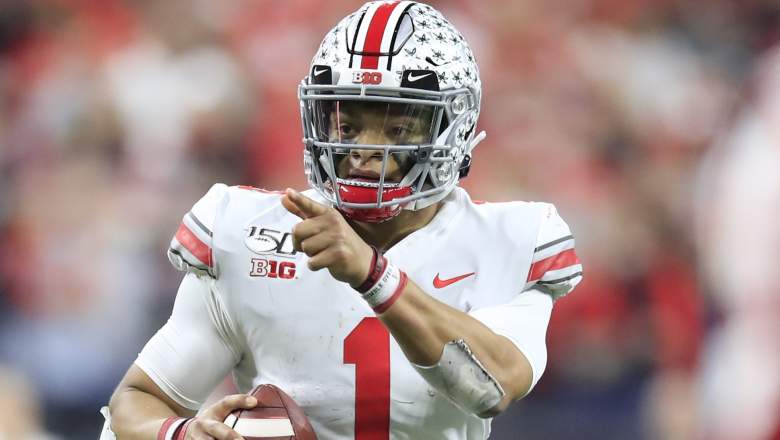