(Bloomberg) — Jack Ma’s Ant Group is creating a new group of super wealthy people in China while also giving a boost to some older fortunes globally. Hong Kong’s Li Ka-shing, the family behind a French supermarket giant, the son of a Taiwanese real estate billionaire and Chinese retail tycoon […]

(Bloomberg) — Jack Ma’s Ant Group is creating a new group of super wealthy people in China while also giving a boost to some older fortunes globally.

Hong Kong’s Li Ka-shing, the family behind a French supermarket giant, the son of a Taiwanese real estate billionaire and Chinese retail tycoon Shen Guojun are among those invested in the online payments provider, which may be valued at $225 billion when it goes public next month.

This wasn’t just some one-off tech bet. They’d all established relationships with Ma’s empire before Ant’s financing round two years ago, along with Thailand’s Chearavanonts, the Tungs of Hong Kong and Lu Zhiqiang of China Oceanwide Holdings Ltd.

At least seven tycoons put in almost $700 million combined, with returns that could reach 50% based on Ant’s targeted valuation, according to a Bloomberg analysis of the firm’s IPO prospectus.

“Family offices aren’t scared to change their investment methodology as a response to the digital world,” said Sankar Krishnan, executive vice president of banking and capital markets at Capgemini SE in New York. “They want to invest in the world’s most-valuable fintech.”

Ant is said to be seeking to raise $30 billion in Hong Kong and Shanghai in an October listing that could top Saudi Aramco’s record $29 billion offering last year. It could make 55-year-old Ma — a member of the Communist Party — one of the world’s 10 richest people, while also boosting the returns of several U.S. private equity firms.

Li, Hong Kong’s richest man, began a tie-up with Ant in 2017, when his flagship company agreed to form a joint venture with the fintech giant to offer a digital wallet in Hong Kong, now available in more than 50,000 local retail outlets. The following year, two of Li’s vehicles participated in Ant’s financing round.

The Chearavanont’s Charoen Pokphand Group Co. announced a joint venture with Ant in 2016; Tung Chee-hwa, a former Hong Kong chief executive, has been on Alibaba’s board since 2014; Shen, who’s known to be close with Ma, already had a business connection with him in 2013, while Lu’s Oceanwide and Ma’s investment vehicle were part of a consortium that bought Caesars Entertainment Corp.’s online casino-style games unit in 2016.

Except for Lu, the tycoons subscribed to shares in Ant International that can be exchanged for Ant Group stock on a 1:1 basis upon listing. Lu, who got in as an onshore investor, directly owns Ant shares.

The offering is poised to turn a number of current and former executives of Alibaba and Ant into billionaires, including Ant Chairman Eric Jing. It offers a potential windfall for U.S. private equity firms including Silver Lake Group LLC, Warburg Pincus LLC and Carlyle Group Inc., which each invested about $500 million or more in the 2018 funding round.

Credit Suisse Group AG and a vehicle of venture capitalist Lee Kai-Fu, the former head of Google’s Chinese operations, are also set to benefit after putting in about $80 million and $30 million, respectively.

(Updates with CP Group no comment in 12th paragraph)

A Trove by Alexander McQueen, Up for Auction

Wed Sep 9 , 2020
Fashion lovers take note: On Thursday, a bounty of wonders by Alexander McQueen goes up for auction by Doyle New York. The 50 pieces of clothing and accessories are from the collection of Jennifer Zuiker, who started acquiring the brilliant designer’s wares many years ago, via a pair of shoes […] 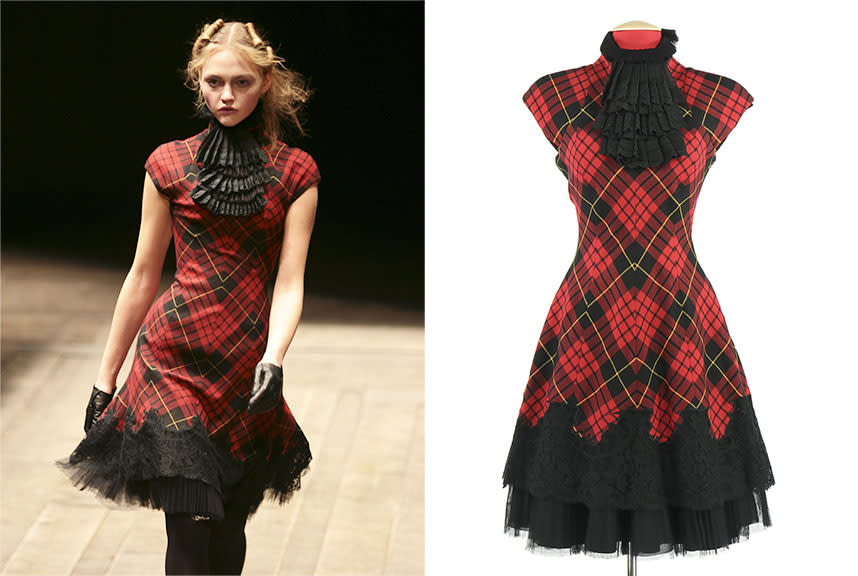