Mental health and addiction treatment centers and counselors have been overwhelmed with work during the coronavirus pandemic and economic crash. But many are struggling to stay afloat amid confusion and delays over the federal bailout for the health care industry. Some have waited months for the release of promised aid. […]

Mental health and addiction treatment centers and counselors have been overwhelmed with work during the coronavirus pandemic and economic crash. But many are struggling to stay afloat amid confusion and delays over the federal bailout for the health care industry.

Some have waited months for the release of promised aid. Others held out and didn’t apply, believing they’d get a better deal in a future round of funding aimed at centers that see mostly low-income patients. As a result, nearly a third haven’t received any of the $175 billion HHS is doling out to hospitals and other health providers on the front lines of the coronavirus response. And now, they’re appealing to the government for help.

Centers caught in a financial squeeze are shedding staff or unable to buy protective gear while trying to serve a flood of new patients and transition some existing patients to online visits. Meanwhile the burden of a global pandemic and mass unemployment is driving up demand: Calls to a federal mental health crisis hotline have increased ten-fold during the pandemic compared to a year ago — a trend experts could derail the progress the government has made on the opioid crisis.

Mental health providers who criticize the government for setting up an inefficient, even convoluted process for distributing the money say HHS should do right by them.

“I’m hearing everyone saying, ‘Yes we see it coming, we know increases are going to happen,’ but we’re not seeing corresponding responses at the national or state level,” said Sherry Daley, the senior government affairs director for the California Consortium of Addiction Programs and Professionals.

Advocacy groups late last week asked the Trump administration to guarantee behavioral health providers get targeted payouts. The industry sees the approach as a quicker fix than waiting for Congress to assemble another coronavirus bailout package later this summer. But the odds of getting money in the next package could be long with new Covid-19 cases spiking around the country and stretching health systems: The mental health providers struck out in April when they appealed to Congress for $50 billion in dedicated money for their centers.

The industry was bound to experience massive upheaval during the public health crisis. Treatment centers have long been underfunded and specialize in the kind of in-person care that wasn’t possible during lockdowns and stay-at-home orders.

But the pandemic has hit the centers harder and faster than expected. In California, nearly 60 percent of behavioral health providers say they have lost staff, many of whom feared going into work because of the coronavirus, according to an industry survey. In North Carolina, nearly 20 providers have already laid off employees, and even more are worried they’ll need to cut staff. One Illinois provider has lost over $1 million since the pandemic began while receiving just $6,000 in federal relief.

Almost half of mental health and addiction providers say they can only survive for six months or less in the current fiscal climate, according to a June survey of more than 660 behavioral health providers.

“It’s ridiculous considering the size and scope of behavioral health problems in the U.S., and they’re exacerbated by the pandemic,” said Andrew Kessler, the founder of Slingshot Solutions, a consulting firm specializing in behavioral health policy.

The federal government’s top mental health and addiction official said the Trump administration is committed to helping providers as millions of Americans drive an increased need for services.

“It is essential that Americans have a treatment system that remains available to meet their needs,” Elinore McCance-Katz, the assistant secretary for mental health and substance use, said in a statement to POLITICO. “Many providers report struggling with loss of revenue during this time. We will continue to work on strategies to address this revenue loss.”

Medicaid, the health insurance program for the poor, is the largest payer of behavioral health services.

But the government began paying out assistance based on the money centers make from Medicare, the health program for the elderly and disabled, which usually provides only a sliver of behavioral health revenues. HHS then sent more aid to those same providers. That confused some clinic operators, who didn’t send detailed enough financial information to a government website to be approved. Others decided to hold out until more money was targeted specifically at Medicaid providers. However, centers that received earlier rounds of funding now cannot tap that Medicaid-specific aid.

“The way information has been sent out has been piecemeal if you’re running an organization in the midst of all the craziness,” said Chuck Ingoglia, the president and CEO of the National Council for Behavioral Health. “It’s not on the top of your list to check the HHS website. It’s already confusing.”

An HHS spokesperson defended the payout system, writing in an email that “Behavioral Health Providers have not been left out of [provider relief fund] distributions.” HHS said it intentionally adjusted the funding to help get more money to those who only see a small share of Medicare patients ⁠— that that the criteria was spelled out on HHS websites.

“It is unclear why these providers did not take advantage of that opportunity … only to now want to seek funding,” the HHS spokesperson wrote.

Another wrinkle is those providers who took payouts from earlier rounds of funding are prohibited from getting any more. So the Kenneth Young Center outside Chicago, which received $12,346 from HHS in April to help run 25 different programs, can’t tap an additional $15 billion HHS this month began making available.

“It’s been really tough as a provider to figure out okay, well, should I apply for a loan? What can we do to sustain our business?” said Grace Hong Duffin, the center’s president and CEO.

Similarly, the Rosecrance Health Network in Rockford, Ill., which operates 28 clinics, serves 50,000 clients and has an operating budget of $67 million, has only received $6,000 in government relief.

Officials there only learned about their status when they received a call this month from UnitedHealth, which is helping distribute the funds and said the center had to re-apply for additional funds within two weeks without giving a reason.

“We have not heard yet whether we do or don’t get the money, and it’s a significant piece for us to have that,” said John Schuster, the Rosecrance Health Network’s chief financial officer.

An HHS spokesperson said some remaining payments are still being processed, and that providers have been directed to reapply when discrepancies showed up in their applications.

Nonetheless, behavioral health providers say they’re bleeding money quickly, and need HHS to dole out dollars specifically for mental health and addiction services. HHS has targeted money to other types of health providers, such as nearly $5 billion to nursing homes, $22 billion to Covid-19 hot spots and $10 billion to safety net hospitals, with the health department also pursuing an allocation to dentists that don’t see Medicaid patients.

“Absent immediate support from the federal government, it is likely the nation’s behavioral health safety-net will fail,” over two dozen organizations including American Psychiatric Association, Mental Health America and the American Society of Addiction Medicine wrote to HHS last week, pleading their case.

Tue Jun 23 , 2020
HOBOKEN, NJ – Hoboken Mayor Ravi Bhalla said, in a nightly coronavirus update on Monday, that the Hoboken Health Department noted seven new confirmed cases of coronavirus on Saturday, two Sunday, and two Monday, after a recent week in which there was only one new case. That brings the total […] 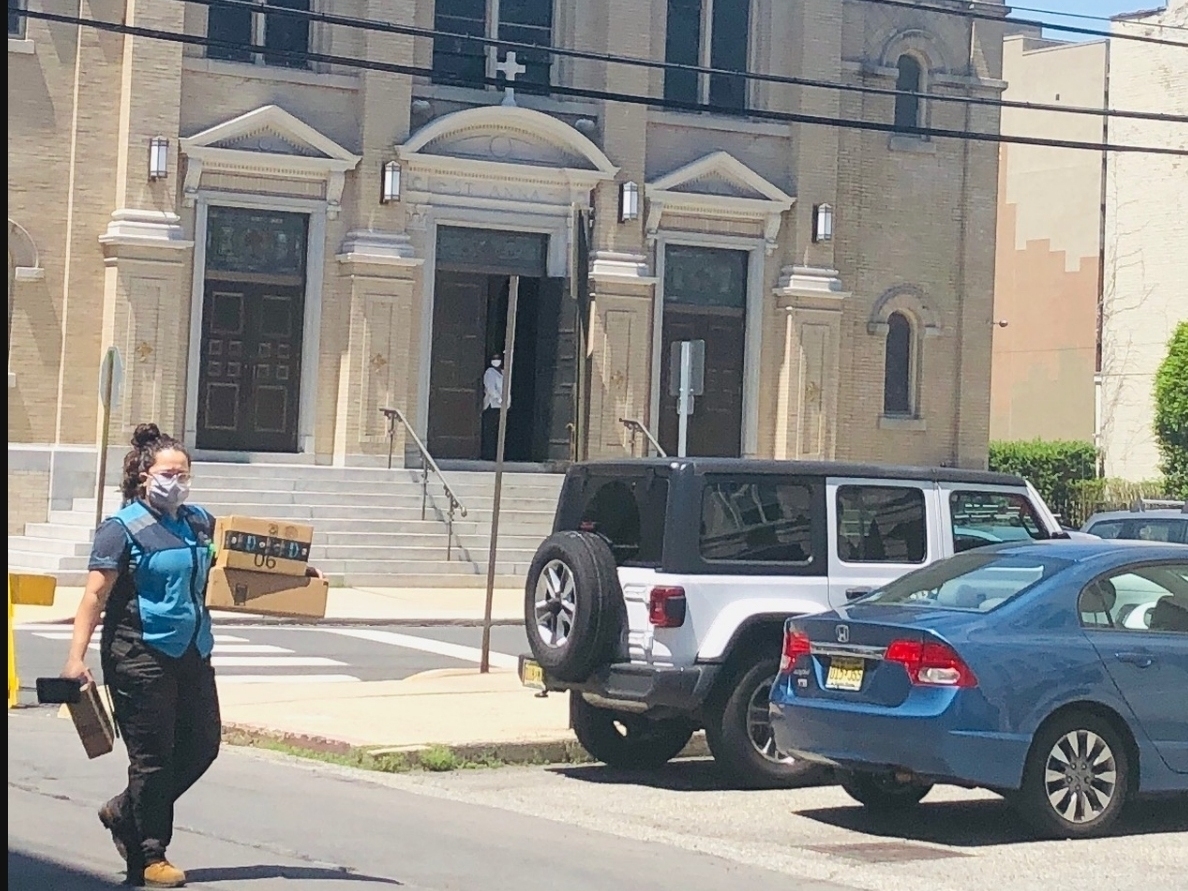