Photo credit: Courtesy From Esquire To understand the concept of sprezzatura, a word that, much like “luxury” and “bespoke,” has been so misused in the past decade that it barely means anything anymore, you could look no further than the habit of certain successful men, who can easily afford a […]

To understand the concept of sprezzatura, a word that, much like “luxury” and “bespoke,” has been so misused in the past decade that it barely means anything anymore, you could look no further than the habit of certain successful men, who can easily afford a Rolex or two, liking to confound and confuse their colleagues at times by strapping on a bright plastic Swatch to wear with their Tom Ford. Cocking a sartorial middle finger at expectation and convention is part and parcel of the idea that dressing well means looking like you didn’t try too hard.

Our friends at Hodinkee know this very well. When the leading online blog for watch fans began in 2017 to make limited-run collaborations with actual watch brands that could sell on the site alongside a burgeoning strap business, it picked Swatch. Not just any Swatch, mind you but a design that updated an original Swatch from 1984, the second collection the brand put out. And with a big difference: It carried an automatic mechanical movement, the Sistem51, that Swatch first launched in 2013. It had just 51 parts, the same number of parts in the very first Swatch.

Today (at 10 a.m. EDT, to be precise) marks the fourth outing of the ongoing Hodinkee x Swatch collaboration, with a striking and very summery all-white, 42mm watch featuring the same Sistem51 movement. Previous editions have been limited, creating all kinds of frustration amongst die hard fans of Hodinkee (including me). But the good news is that this latest collab is not limited.

“There is no denying the impact Swatch has made on our industry,” says Russell Kelly, Hodinkee’s Chief Commercial Officer, “from its revolutionary approach to quartz watches in the ’80s to rethinking mechanical watchmaking with the Sistem51.” When the opportunity arose to collaborate with them, it was a no-brainer. “Watch collections have to start somewhere, and most of us started ours with a Swatch—or two—on the wrist,” Kelly says. “From the first-time watch buyer to the experienced collector, all of our customers appreciate these iconic timepieces.”

In the early ’80s Swatch was an ingenious escape hatch from the existential crisis facing Swiss watchmaking. In the preceding decade, the advent of cheap LED and later even cheaper LCD watches made in America and Asia decimated the higher-priced Swiss industry. Nicholas Hayek—hired by the two major players the industry to turn it around—saw the only way to beat the competition was to join it.

In the late ’70s, in an earlier attempt to embrace quartz movements, a team at ETA had developed the Delirium watch, the worlds thinnest ever watch at 1.98mm thick. A later model, the Delirium IV, was just 0.98mm thick. It remains the thinnest-ever watch to this day. To create it, engineers had to unthink centuries of Swiss convention and drastically simplify the movement, significantly reducing the number of parts.

Swatch founder Hayek pivoted that simplicity to create instead a watch that was cheap to produce. Being made of plastic meant that Swatch could do something traditional luxury brands couldn’t: They could make them in any color they liked. People think to this day that “Swatch” was a canny way to remind people the Swiss were still king of the hill. In fact, the name “Swatch” was a contraction of the “Secondary Watch”: something fun, throwaway, or disposable.

Except people didn’t throw them away. They were an overnight success (U.S. sales were $3 million in 1984 and $105 million in 1985) and were cheap enough, at around $32, for fans to build collections of them. Aftermarket prices even in the ’80s skyrocketed, especially in watch-obsessed Italy, where captains of industry who could easily opt for a Rolex or a Patek took to strapping on a Swatch to show colleagues they could have it both ways. A mania for the latest drop—it is said that people would buy the latest new watch, go home, change clothes, and turn up to buy another one—created a healthy aftermarket.

Early tie-ups with artists like French artist Kiki Picasso and Keith Haring sealed the reputation of Swatch for being fun as well as collectable. An early Kiki Picasso Swatch sold for $28,000. If the mania has abated somewhat since the crazy early days, there’s still money out there in the collector market. In 2015, one paid $6 million for a large collection of 5,800 Swatch watches. Thats over a grand for each one. Not bad for a $32 disposable.

Tue Jul 14 , 2020
ELMHURST, IL — A DuPage County Board member from Elmhurst who recently told a constituent to “stick” her vote in her “a–” got a scolding of his own Monday. In an online statement, DuPage County Board Chairman Dan Cronin accused member Pete DiCianni, a Republican and former Elmhurst mayor, of […] 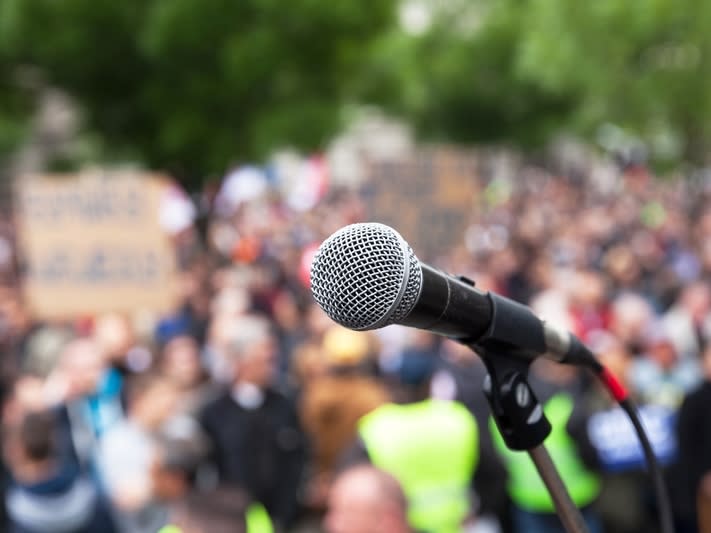