Filmmakers have created a chillling interactive video that features looming figures in a video conference and deepfakes of viewers.  The on-screen experience creates a videoconference call in which a figure appears behind viewers, and viewers appear to say things they didn’t as their likeness is manipulated.  The filmmakers say the […]

In a creepy Halloween online experience, videomakers have created a self-described “interactive Zoom horror film” that uses the very familiar 2020 setting of a video conference call to make a figure loom behind viewers onscreen, and re-create viewers saying things they didn’t say. (The faked dialogue starts off with just small talk, but builds to a twist I won’t spoil here.)

Filmmakers Jason Zada and Jason Nickel created the website where viewers can take part in a video that is something of a sequel to a 2011 film that connected viewers via Facebook and pulled their personal data into the story. That video, “Take This Lollipop,” generated hundreds of millions of views.

The 2011 digital film experience asked viewers to click a button that read “connect via Facebook,” then harnessed their social media information to seemingly show a terrifying villain stalking them. The point was to show the dangers of giving your personal information too recklessly online. See a short recap here.

The video won three awards at South By Southwest in 2012. But while critics loved it, the filmmakers say Facebook was concerned — and that the company’s lawyers called them to make sure the video didn’t misuse data. We’ve reached out to Facebook for comment.

The new version looks at video conferencing and the use of deepfakes, highly realistic videos that create likenesses of people or create nonexistent people on video. Cybersecurity experts say deepfakes can be used to manipulate viewers – for instance by spreading misinformation by putting words in politicians’ or celebrities’ mouths.

“Real life is turning out to be quite scary these days, so we wanted to really put people into an everyday situation that we all know well and turn the tables a bit. Technology in the wrong hands can allow anyone to digitally manipulate small amounts of footage and become someone else. That thought was something that really stuck with us,” says Zada, a film and commercial director who wrote and directed the experience.

“While the experience is harmless, the threats are real. Deepfakes, chatbots with advanced AI, identity theft – these are all things that are currently happening,” Zada said.

Nickel, head of video company of Imposium, built the experience. He says re-creating a person on camera – as happens in the video – is “surprisingly simple.”

“We used open-source software in this case, and just a little bit of video from the experience, to create a passable clip just to show people what’s possible. But apps like Reface are able to deep fake you in real time, so that’s another example of how powerful this technology is. It’s only a matter of time before we see the next phase of identity theft on a whole new scale.”

The filmmakers say they are running the website “as our financial resources can pay for the server fees. We’re just a team of independent people doing this all on our own.”

Participants can buy a download of their video for $2, but participation is free. You can watch your humble correspondent’s experience here:

Sat Oct 31 , 2020
The words “threat intelligence” sound high-level, like an issue that might only concern the Department of Homeland Security or the security teams at Google or Amazon. In truth, anyone who connects to the internet or saves data in the cloud or on a hard drive should give threat intelligence some […] 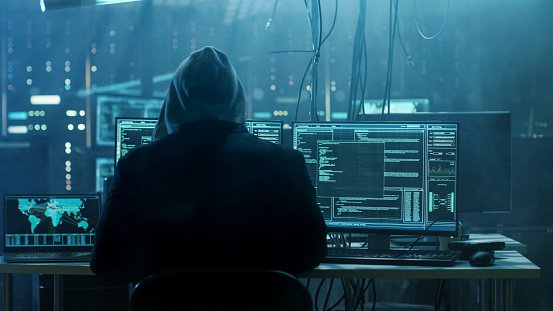