After a money fraud debacle in 2018 in which three people, including two tax office employees, were indicted, all three candidates running for Travis County tax assessor-collector have plans for financial transparency and oversight. Bruce Elfant, who was the tax assessor-collector at the time, took responsibility for the lack of […]

After a money fraud debacle in 2018 in which three people, including two tax office employees, were indicted, all three candidates running for Travis County tax assessor-collector have plans for financial transparency and oversight.

Bruce Elfant, who was the tax assessor-collector at the time, took responsibility for the lack of oversight, promising to make changes internally so that it never happens again. Since then, he said, the office has implemented an internal auditing system that looks for errors and fraud trends.

“We are always trying to improve the security of the several billion dollars coming through our office every year,” he said. “The public wants to know we are protecting their tax dollars.”

The tax assessor-collector collects fees for a number of state and local government agencies. The tax office also functions as the voter registrar for the county.

Three candidates are competing for the chance to represent the county as the tax assessor-collector: Elfant, the incumbent Democrat; Republican Marilyn Jackson; and Libertarian Erica Lockwood.

Elfant, 62, was first elected to the position in 2012, and says he hopes to continue his work for another four years to improve customer service and encourage more paperless options for residents to pay fees and taxes, register to vote and register vehicles.

He said the tax office has the largest customer base in the county, and because the county has seen rapid growth, the office has struggled with staffing to meet the demands. Moving more of the office’s processes online would be more efficient, safer and convenient, he said.

“Only 50% of people pay their property taxes online,” Elfant said. “The remainder still walk in with checks. If we can get it closer to 80% electronically, we will eliminate pressure to have more employees to help process that.”

He said residents can already renew their vehicle registration online, and his next step is to ask the Legislature to allow voters to register online. According to the National Conference of State Legislatures, a total of 40 states and the District of Columbia offer online voter registration.

“We have to defend the (county’s) 97% voter registration rate,” Elfant said. “I don’t know if we can get above that but it’s very dynamic because people turn 18 everyday and we have more people move here and become citizens everyday, so it’s a lot of moving parts and we really want to try to eliminate paper and do a lot more with civic engagement to motivate people to register.”

But Jackson, 59, has a different plan in mind, should she be elected as new tax assessor-collector.

Jackson said her goal would be to bring accountability, transparency, service and integrity to the role, especially after the 2018 fraud investigation.

“I truly want to restore trust with citizens of Travis County,” she said. “It would be sad if the taxpayers have to pay back the money that those employees stole. So I will work to earn the trust back and make sure things are done right.”

Working as a licensed insurance agent she brings more than 30 years of customer service experience, as well as leadership and team-building skills, which she said sets her apart from her opponents.

Having made trips to the tax office herself, she said she thought about all the customer service issues she has faced, and feels she can improve that by reshuffling staff.

“I will revamp and retool and update the tax assessor-collector administration, including the satellite office,” Jackson said. “Coming from a customer service background, I will be in there working with our people and working together.”

While Elfant has called for an online voter registration process, Jackson said she is undecided on how to streamline this process, but will follow the rules set in place by the Legislature.

“Registering voters and the voting process is a sensitive area, and there is so much integrity that needs to be dealt with,” she said. “It may be easier to register online, but maybe there is another way for us to keep track of data.”

She, like her other opponents, favored an online process for property tax payments and vehicle registration renewal, and hopes to see more online payment options for other collected fees.

Lockwood, 53, who is the assistant real estate manager for the Hill Country Galleria in Bee Cave, said with her background in commercial real estate and audits, she brings customer service experience to the role. She also promises transparency among taxpayers, which she said she has practiced in her management role at the Galleria.

If elected, she said her goals would be to streamline processes like property tax and vehicle registration renewals, complete a full audit of the office to detect fraud, and be a champion for the taxpayers.

“I want to make sure processes are being followed and things are brought to our attention if something doesn’t look right,” Lockwood said. “This is about respecting taxpayers’ time and understanding the sacrifices they make.”

She said that while the tax assessor-collector doesn’t set the tax rate, she would advocate for the taxpayers and help the entities that make the decisions understand how it affects the people.

“Getting a seat at the table to have some input would be amazing,” Lockwood said. “I understand that maybe we won’t get to enact everything right away, but I think that having some influence and getting a foot in the door would be a really big deal.”

Sun Oct 25 , 2020
Photo: NBC/Will Heath/NBC Her music doesn’t tell you this, but Adele’s funny. In the past, she’s only appeared as SNL’s musical guest, or as the glue holding American families together, but her less melodic appearances make it clear she’s got more than just a good sense of humor. She speaks […] 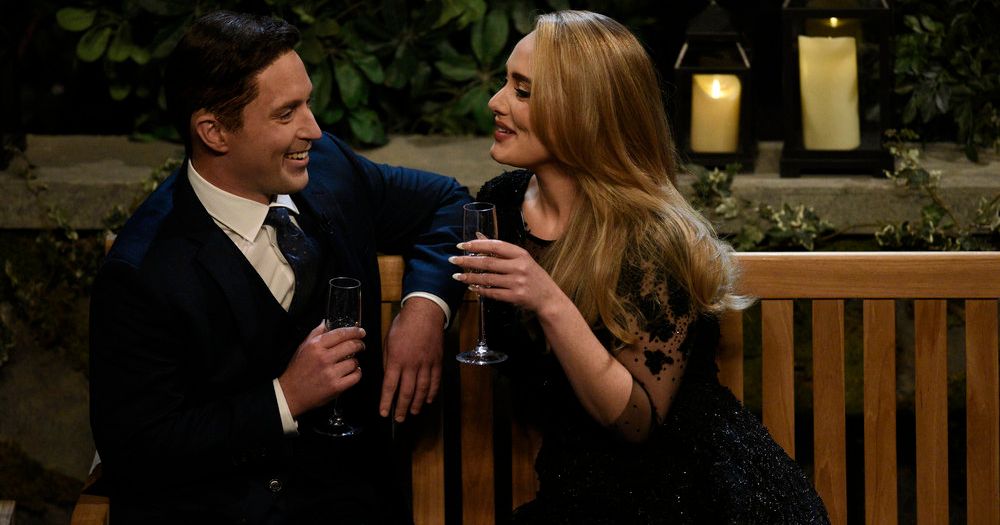