Day three of the Locarno Film Festival StepIn 2020, moderated by Variety‘s Leo Barraclough and hosted by the Variety Streaming Room platform, brought professionals from various parts of the film festival and market sectors together for a panel on the Future of Film Festivals and Film Markets. Jérôme Paillard, executive […]

Day three of the Locarno Film Festival StepIn 2020, moderated by Variety‘s Leo Barraclough and hosted by the Variety Streaming Room platform, brought professionals from various parts of the film festival and market sectors together for a panel on the Future of Film Festivals and Film Markets.

As many events this year have gone virtual on account of the COVID-19 pandemic, some film festivals also had to adapt and utilize online platforms, including Cannes. The panelists noted that the virtual route has so far offered both positive and negative shifts in the experiences offered by festivals.

“I think definitely there was a huge increase of attendance in terms of master classes and then talks and concerts,” Hinstin said. “I’m pretty sure that’s going to be used and taken in consideration by all festivals for the next few years, I would say.”

As earlier festivals proved that moving online could be successful, it gave others in the industry hope that success could be achieved despite the realities and challenges that come with a global crisis, Jackson added. The Cannes Film Market, for example, had its June plans pan out with about 1,200 screenings – compared with 1,500 at last year’s physical event – and viewership times averaged around the full 80-minute length for many films presented.

Paillard said near 20% of the virtual Cannes’ attendees were new viewers or people who had not gone to the in-person festival in at least the past five years. Many of those 2,000 people, he speculated, were likely encouraged to join in this year, as opposed to other years, because travel no longer factored into their ability to attend.

“One of the things that I really take from it … was the possibilities of accessibility, for reaching audiences in the discourse around the film and the community,” Jackson said. “The Cannes Marche, that gave people confidence. That was an incredible value that people are like, ‘Okay, this might actually work.’”

But Venice Film Festival’s Barbera believes that the technological increases in festival and film market strategies won’t do enough to make up for what have always been offered during in-person events. Festivals often cater to those who want to view a film with high-quality picture and sound offerings, and the social aspects of networking and sharing experiences and emotions with those around you are not as powerful in online settings, he said.

“We learned to use the technology. I think that this is something that will stay,” Barbera said. “But there is something, how can I say, in the core of the spirit of the festival that we cannot give up. So I think that the festival will probably evolve, will use more the tools of the technology, but will remain a live experience also in the future.”

The visceral and communal aspects of watching films in theaters and at festivals seem strong enough to ensure that in-person gatherings will not die out soon, Schweitzman said. As theaters have set up to reopen according to safety guidelines in the future, people in communities with low infection rates have already returned to watch films on the big screen, and she said the same will likely be true for festivals.

Regardless of the net benefits or losses from the virtual events, Barbera said successfully adapting to the new challenges required cross-festival teamwork and communication. Many well-known festivals often felt a sense of competition prior to the pandemic, but now they’re engaging in conversations with each other to discuss ways to keep the industry afloat amidst safety concerns.

“For the first time, the most important words were ‘collaboration’ and ‘solidarity’ instead of ‘competition’ as usual,” Barbera said. “We understood and we understand that the aim of the festival is not, can I say, to support its own ego or image or identity or whatever. We are here to serve the filmmakers, to help promoting films. We are here to collaborate with the film industry. We are here to facilitate the medium between filmmakers and films and the audience and the critics and the professional and so on.”

Watch the full conversation below.

Mon Aug 10 , 2020
Photo credit: Westend61 – Getty Images From Cosmopolitan Users of the popular running app Strava are calling out it’s “creepy” privacy settings, which (unless changed) can automatically add other runners’ data onto your phone. Many have raised concerns over their own privacy and that of others, while some have also […] 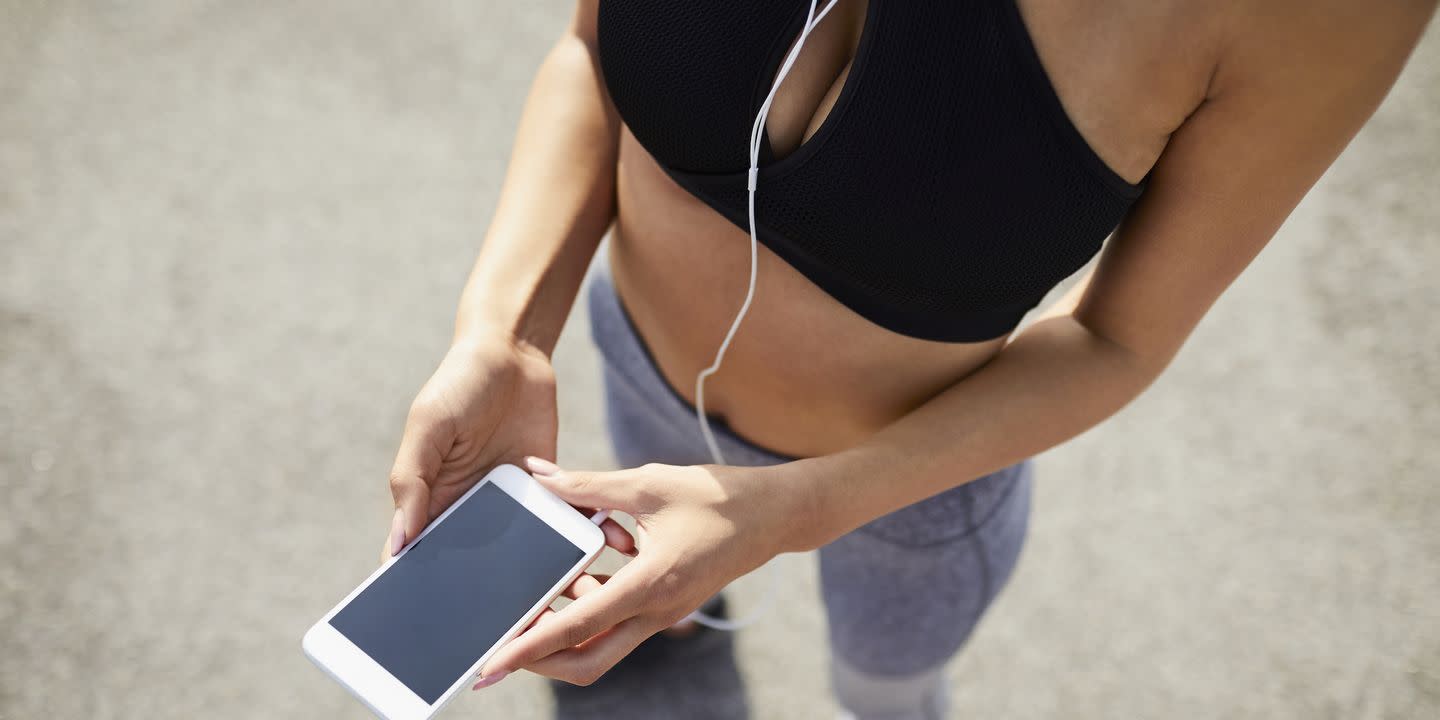