Millions of people turning 18 from now will be able to withdraw money from Child Trust Funds for the first time. Children born from September 2002 were given vouchers by the government to invest for the future, with the money only accessible at the age of 18. The savings pots […]

Millions of people turning 18 from now will be able to withdraw money from Child Trust Funds for the first time.

Children born from September 2002 were given vouchers by the government to invest for the future, with the money only accessible at the age of 18.

The savings pots could now be worth more than £1,000, or more if parents added contributions.

However, many thousands of young people may have no idea these savings exist in their name.

What are Child Trust Funds?

Child Trust Funds were set up by the Labour government to encourage parents to save for their children.

The idea was for children to have some savings at the age of 18, to assist with costs such as further education funding or living alone for the first time.

The government initially put £250 into the tax-free account during a child’s first year, then added another £250 when he or she reached the age of seven.

For lower-income families, the payment was £500.

Parents, family and friends could also contribute to the account, up to set limits.

The scheme was watered down, then scrapped entirely by the coalition government in January 2011.

The first recipients of Child Trust Fund vouchers will now be turning 18 and can access the money for the first time.

Each month about 55,000 people turn 18, and eventually a total of about 6.3 million people will be able to redeem the money, or continue to save, according to HM Revenue and Customs (HMRC).

Teenagers can actually take control of their account from the age of 16, but can only withdraw money from it from 18.

For those who do nothing, the Child Trust Fund provider will move it into an Individual Savings Account, which is also tax-free, or roll it into another account with similar benefits.

Kerry McWalter is turning 18 in two weeks and will have access to a Child Trust Fund worth £1,400.

She is just about to start a pharmacy studies course in Edinburgh, and said she would use the money for living costs and a future holiday as well as saving some of it.

She found out about the possibility of a fund while looking on social media and used The Share Foundation’s tracing service.

“When I found out, I was quite surprised. I wasn’t aware I had one. My mum had forgotten about it,” she said.

She then told a close friend, who discovered she had a similar level of savings that she had no idea about.

How much are they worth?

This money has often been in accounts where it is invested in shares. The success of those shares over time will determine their value, as will the original value of the government voucher.

Accountants estimate that with the maximum parental contribution over the years, and investment growth, the fund could be worth as much as £70,000.

A more realistic scenario for many people is that the money has sat untouched in accounts over the years. Even then, those born into low-income families are likely to receive a windfall of around £1,500.

Where is the money?

Parents were invited to open a Child Trust Fund with one of a number of providers within a year of their child being born. About 4.5 million were set up by parents or guardians.

Children in care had accounts set up by local authorities and these are now managed by The Share Foundation – a charity which is also helping people to track down their funds.

In 1.8 million cases when parents did nothing, the accounts were set up automatically by the UK’s tax authority.

HMRC admits that in potentially many thousands of cases, youngsters have no idea that they have such savings.

Economic Secretary to the Treasury John Glen said: “We want to make sure all young people can access the money which has been set aside for them, to invest in their future and continue a savings habit, as they turn 18.

“If you’re unsure if you have an account or where it may be, it’s easy to track down your provider online.”

When accessed there are a range of options for teenagers to consider.

“Getting a windfall like this can be daunting,” said Adrian Lowcock, head of personal investing at financial firm Willis Owen.

“There are lots of options to consider when it comes to how to use the money. Some may want to spend it, and others may want to invest it to make more money for their futures.”

Tue Sep 1 , 2020
From Tuesday, Marks & Spencer will begin doing something many of its competitors have been doing for years – it is making its full food range available to order online. M&S has bought a 50% share of Ocado’s retail business, which gives the grocer an internet-based delivery service for the […] 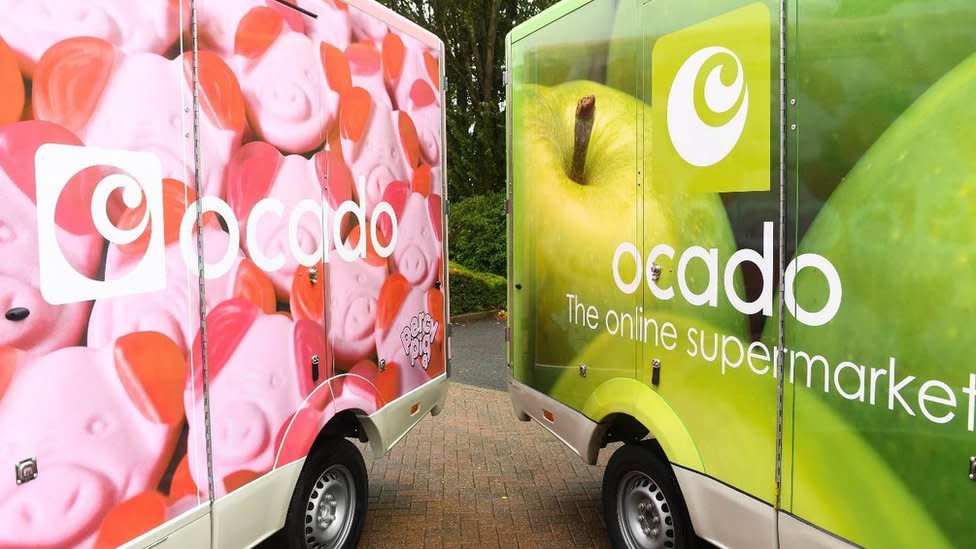