Click here to read the full article. Canadian government funding org Telefilm has launched an investigation into one of its top film executives following allegations of misconduct. Telefilm has faced extensive backlash in the last week after Canadian independent filmmaker Pavan Moondi, who is now based in Los Angeles, raised […]

Canadian government funding org Telefilm has launched an investigation into one of its top film executives following allegations of misconduct.

Telefilm has faced extensive backlash in the last week after Canadian independent filmmaker Pavan Moondi, who is now based in Los Angeles, raised questions about the org’s selection criteria for funding and demanded clarity around its diversity standards.

Moondi — a former “Schitt’s Creek” story editor and writer-director of feature films such as 2017’s “Sundowners” — took to Twitter on July 3 to share his experiences with Dan Lyon, Telefilm’s feature film executive for Ontario and Nunavut, whom Moondi named in an extensive thread that used screenshots of a recent email exchange between the two.

I will share with you today’s email exchange with Dan Lyon, the Feature Film Executive for Ontario. If you don’t know Dan, he is *the* guy, who basically makes or breaks you if you want to make a film between $250,000 and $2.5 million in Ontario.

In the correspondence, the pair spar over Telefilm’s rejection of Moondi’s funding application for comedy “Christmas Is For Pageants,” which had been turned down on the grounds of the script not being “production ready.” In the same email, Lyon also says, “As you are aware, we are participating in the industry-wide mandate towards gender parity, which makes the situation even more competitive for projects with an all-male key creative team.”

The wider argument centred on a perceived ambiguity around Telefilm’s diversity criteria, and how it may limit opportunities for filmmakers of color.

“I’d like to make another film again one day, and the people calling the shots at Telefilm have not earned our trust that they will do anything of value about diversity,” said Moondi in a subsequent tweet. “If it takes you nearly four years to ‘define diversity’ then you do not deserve our trust.”

As Moondi’s Twitter thread gained traction online, other allegations of impropriety against Lyon have since emerged. Actor-producer Melissa D’Agostino alleged on Twitter that Lyon had made a sexually inappropriate comment to her when discussing a potential meeting at Telefilm. She discussed her experience, without naming Lyon, in Daphne Simone’s 2019 documentary “#MeAfterToo” — an excerpt of which she posted online.

I tweeted yesterday that Dan Lyon made a sexually inappropriate comment to me while he offered me a meeting at Telefilm. I spoke on it for the film @MeAfterToo in 2019 & I’ve decided to share the clip & a thread (CW: sexual harassment, abuse, trauma) https://t.co/9mAHoduSpn

On Monday, Christa Dickenson, executive director of Telefilm Canada, issued a statement saying that what emerged on social media did not reflect the organization’s corporate values. However, on Thursday, Telefilm went a step further, launching an investigation into “the allegations of misconduct made against one of its employees.” The org explained that most information about an employee that’s “personal in nature is protected under the Privacy Act,” and, as such, has not named the executive in its statements.

The org has hired third-party consulting firm Le Cabinet RH, which specializes in psychological, sexual harassment and discrimination-based complaints, “to assess the facts reported concerning the actions of our employee and to assess our complaints process in order to determine whether it is adequate for information of this nature,” said Telefilm.

“As an org, Telefilm makes it a point to ensure that the behavior of our employees is exemplary both internally and with respect to our partners and our clients. Inappropriate behavior of any kind is not tolerated. We take these allegations very seriously,” said the org.

Earlier in the week, BIPOC TV & Film, a grassroots organization and collective of Black, Indigenous and People of Color in Canada’s TV and film industry, called for transparency in how Canadian funding is allocated.

BIPOC and a number of Canadian film festivals asked Telefilm to supply information on how many Black, Indigenous, and People of Colour filmmakers and production companies have been granted funding in the past five years and how the money has been distributed (i.e. grants above CAD$500,000, CAD$1.2 million and CAD$2.5 million).

Telefilm responded on July 8, noting that it couldn’t provide detailed information because the data “was not collected.” The org instead provided corporate data collected during a recent COVID-19 funding round for underrepresented communities. This data showed that underrepresented groups comprised 50% of the total companies who applied for funding, though there is considerable variation across the minority groups.

Moondi and Telefilm declined to comment for this story. D’Agostino and Lyon did not respond to request for comment by press time.

Fri Jul 10 , 2020
Photo credit: West Elm From ELLE Decor As the #blacklivesmatter hashtag slowly stops trending online, how are large corporations going to continue to use their power to make an impact toward economic equality for Black businesses in their respective industries? Aurora James—the founder of Brother Vellies, a luxury accessories brand—came […] 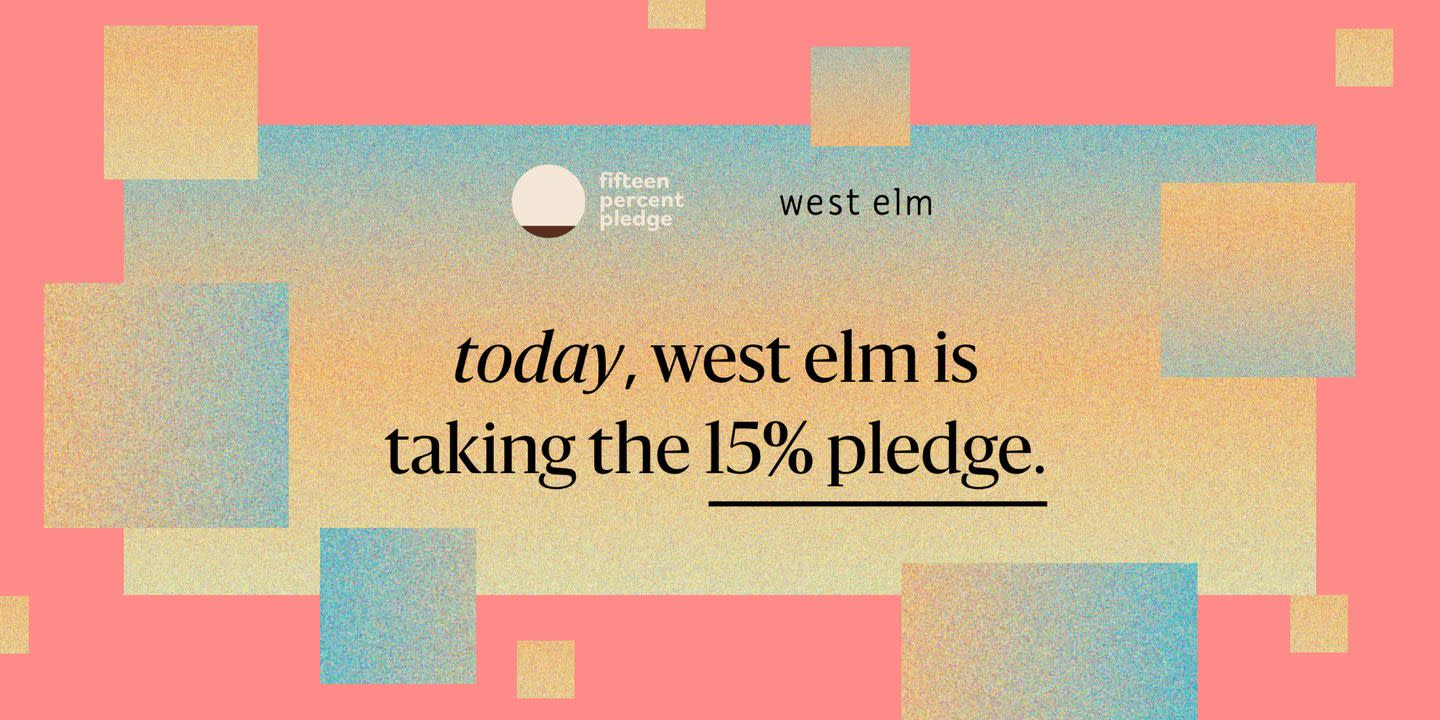