When Teri Polo and Sherri Saum first connected while preparing to film the pilot for The Fosters, they knew they were at the beginning of something special. And that something special remains to this day. When the pair, who played married parents of five Lena and Stef Adams Foster on […]

When Teri Polo and Sherri Saum first connected while preparing to film the pilot for The Fosters, they knew they were at the beginning of something special. And that something special remains to this day.

When the pair, who played married parents of five Lena and Stef Adams Foster on hit Freeform drama, connected with PEOPLE earlier this week to discuss the reunion and pilot script-reading livestream their lasting bond couldn’t have been more evident. During the chat, the two reflected on the show and shared inside jokes. (Hummus, anyone?)

RELATED: It’s Where You Belong! Watch The Fosters Cast Reunite and Revisit the Pilot for The Actors Fund

“We knew when we did the pilot that we were filming something incredible,” Polo says. “To then go back to have that incredible feeling again was really crazy and wonderful.”

Read on for the hilarity and heartwarming reflection that happens when Polo and Saum come together.

PEOPLE: How did it feel to revisit the pilot that kicked off this journey for you all?

SHERRI SAUM: It was just such a feeling of instant nostalgia to just drop right into that moment in time. It was so heartwarming to feel that storytelling from the beginning again. It was really special.

TERI POLO: It was like a glove, a beautiful, warm, silk, delicious glove that you just slip right back on again and it fits perfectly. Everybody was the character just immediately. It transported us back to that time which was just so magical and so wonderful. It was an incredible feeling, especially after the five years that we went through and then everything that’s been happening. It just was nice being in this little cocoon of goodness for a little while.

Were there any memories from filming the pilot that stood out as you did the read-through?

POLO: All of them! Everything! Just every moment. Of course, the most special memories for me were just working with Sherri and forming this instant, beautiful love and bond and seeing that and feeling that bond recreate again seven years later.

SAUM: I remember Timothy Busfield, who directed the pilot, working with us and he was just so instrumental in the inception of this thing to really drive home this feeling of lived-in-ness that the creators wanted to have. He did these drills of just getting to know each other and improving and all of these fun things. I’ve worked with a lot of different shows and pilots and things — I’ve never had a director invest that much time in really getting us to be comfortable with each other and just flop down on the couch together and really feel like a family before we even rolled on the first scene. I remember that really distinctly. And that feeling of embarking on something that was really going to be special.

From racism and homophobia to immigration and the foster care system, the show covered so many important issues in ways that connected with young people. You really had the sense of the show’s social awareness that early on?

POLO: [Co-creators] Peter Paige and Bradley Bredeweg were so passionate about that and so communicative about the fact that this is important and this is needed and this is what we want to show people. There’s never been a lesbian couple leading a television show before. And then the foster care system, and taking a look at this system and how broken it was. I don’t think we had an idea of the scope of things that we ended up covering but I knew that it was very important to them that this stuff was going to be put out there and that we were groundbreaking in that sense.

SAUM: It all came from lived experience from the creators. It never was out there to shock people like, “Ew, look at these lesbians. Let’s do some voyeurism” or whatever. Love isn’t shocking. They don’t consider themselves to be shocking people. They just are living their lives, they’re interacting with their families, and that’s what they really wanted to bring across. It was really just about this is a family, this is happening all over the world, and let’s portray it, let’s be seen, let’s have this representation because it matters.

Were you surprised at all to see the way people really got invested in the relationship between Stef and Lena?

SAUM: Everyone craves that feeling of loving arms around them and acceptance and I think we presented that for whatever age group you are — even if you’re 90 years old — you always crave that feeling of you’re home, you’re loved, you’re understood unconditionally.

POLO: I also think that people wanted to see a lesbian relationship. There honestly had been no representation on television at that point. And to see it not portrayed as one realizing she’s still in love with her husband and goes back to him. That was one of the big concerns when the show first went on the air was that this was going to be a stereotypical lesbian relationship where they have a fight and she goes back to her husband. I remember being on set and talking to [the producers] and them being like, “Nope, nope, that’s not going to happen.” To have the representation of this warm and loving and full of beautiful ups and downs relationship, showed that the journey, in general, is absolutely universal.

SAUM: There’s no secret lesbian way to do homework at night. It’s all just the same stuff!

The script reading will be the first time we see Noah Centineo read the pilot. (Jake T. Austin played Jesus Adams Foster when the show premiered; Centineo stepped into the role in 2015.) How’d that go?

SAUM: It felt very different. But whenever a new actor embodies a role, it’s going to be his or her own so that’s to be expected. But Noah’s such an incredible talent and such a natural actor, and we all love him and he loves us, so that came through on top of everything else. He fit right into that glove right with us.

POLO: I was like, wait, what? Someone else played that part in the beginning? I don’t know what you’re talking about.

How would the Adams Foster family have spent quarantine?

SAUM: At each others’ throats!

POLO: And then we would all come together and have some hummus!

SAUM: And had a dance party!

POLO: There were so many on-set jokes and so many on-set things. The first season, every time we had any kind of gathering of more than two people, for some reason there was hummus on the set and in the scene, and it became a joke. Where’s the hummus?! Here, have some hummus.

Why did that stop after the first season?

SAUM: We had different propmasters!

This event is to benefit The Actor’s Fund. Why is the work they’re doing right now so important?

SAUM: So many people are involved behind the scenes of what you see when you turn on your TV. There’s so many departments and skilled professionals who have dedicated their lives to this craft and to this calling and when something like this happens, which is so unprecedented, we’re all brought to our knees. We want to keep the entertainment business going not just for ourselves but for the world because it touches people, it changes people, it changes the narrative in people’s homes and lives, here and globally. It might seem like a trivial profession to someone who doesn’t really think about those things, but we all look to the TV and the movies to take us away from our circumstances for a while for some reprieve and some comfort and some laughter, and we just want to support all the people who make that happen in whatever way they contribute to what goes on screen.

The Actors Fund is a national human services organization that fosters stability and resiliency and serves as a safety net to everyone in the performing arts and entertainment industry. Since March 18, The Fund has distributed more than $13 million in emergency financial assistance to more than 11,000 people in need due to the current COVID-19 pandemic — more than six times the funds normally provided in a year. As the emergency with coronavirus continues to evolve, the Actors Fund has temporarily transitioned to online and phone-based services, which remain available for everyone in the performing arts and entertainment community. These services include: Artists Health Insurance Resource Center, The Career Center, Housing Resources, Addiction & Recovery, HIV/AIDS and Senior Services, Counseling and Emergency Financial Assistance, as well as The Friedman Health Center for the Performing Arts in New York City.

To donate, visit ActorsFund.org/TheFosters, and tune in to the table-read and reunion right here tonight at 8 p.m. ET/5 p.m. PT exclusively on PEOPLE.com and EW.com.

Thu Jul 16 , 2020
Democrats and unions are stepping up pressure on the National Labor Relations Board to conduct its elections electronically to avoid the risks of in-person voting during the pandemic but are clashing with conservatives warning about fraud — mirroring the debate in the presidential race. The NLRB, which oversees the elections […] 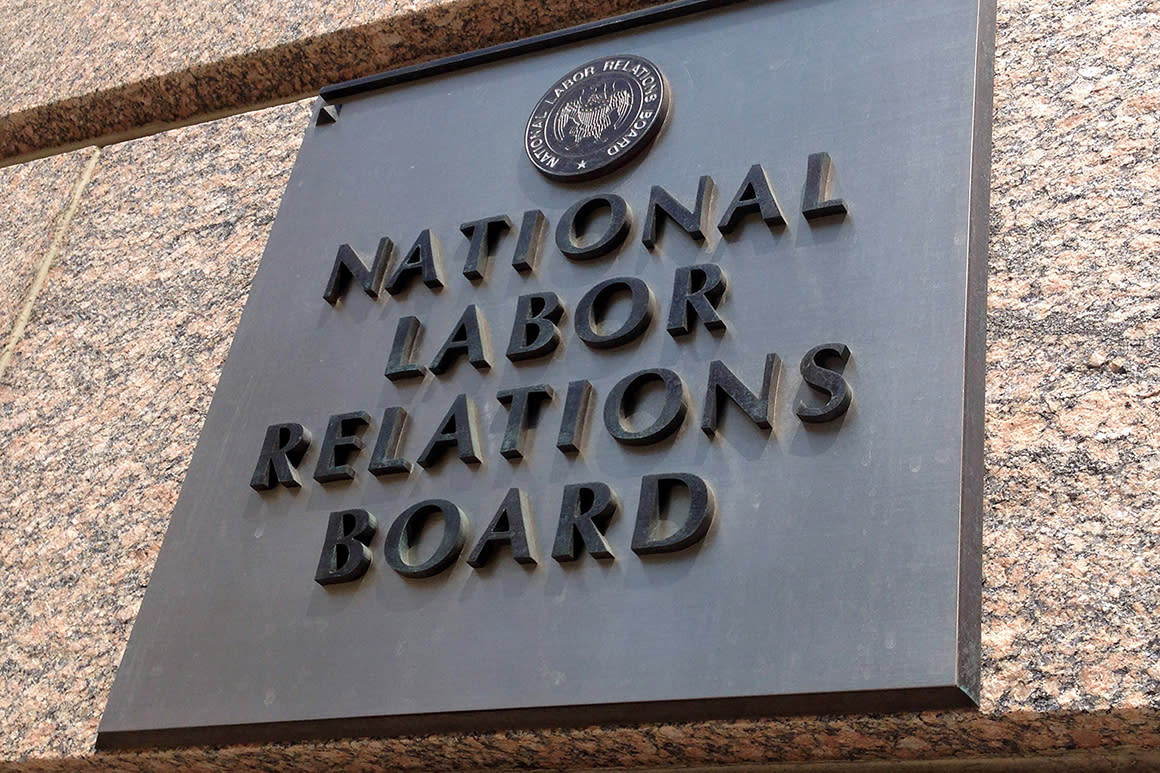