The Times will begin rolling out its ballot recommendations next week. Ballots will be mailed to all California voters beginning Oct. 5. (Los Angeles Times) The surreal remote conventions are over, and now Labor Day weekend marks the home stretch toward this year’s election. The Times editorial page will start […]

The surreal remote conventions are over, and now Labor Day weekend marks the home stretch toward this year’s election. The Times editorial page will start publishing its endorsements later this week and will continue rolling them out through September and into October. We will make recommendations and lay out our thinking on each of the 12 statewide ballot measures, a big school bond, a Los Angeles County charter amendment, two crucial county offices, two seats on the L.A. City Council, two on the LAUSD school board, four on the L.A. Community College board, three on the L.A. Superior Court, one in Congress and, of course, president.

But first, let’s stop thinking of it as the Nov. 3 election. Let’s think of four weeks in October plus the first few days of the following month as the time to receive ballots in the mail, cast votes and then return them. Think of Nov. 3 as the final day to file, sort of like tax day. You can wait until then, but don’t. Plan to vote early enough in October that you won’t have to worry if the U.S. Postal Service is slow. Or drop your ballot in a secure drop box at a vote center, or if you’d rather vote in person, go to a vote center during the last week of October and the first three days of November.

Voting by mail is now the norm in California, where nearly three-quarters of voters received and cast their ballots by mail in the March 3 primary. This time, every registered voter will get a blank ballot by mail, but not quite yet. County registrars will begin sending them out on Oct. 5. That leaves nearly a month to vote. Ballots will be counted if they are received up to 17 days after the election, so long as they are postmarked no later than Nov. 3.

And it leaves enough time to read up on the issues, the candidates and the propositions and to critique the recommendations, including ours.

The Times editorial board puts a lot of time and research into its recommendations. We interview the candidates as well as the groups supporting and opposing the ballot measures, but that’s just part of the process. We check out their claims, track down the facts, talk to constituents and experts, examine prior elections and then debate the merits of each choice. When there are candidate forums, we go; or, in this unusual year, we log on or dial in. Then we write endorsements that allow voters to follow our logic and accept reject our conclusions.

The ballot measures cover issues that range from the seemingly obscure and technical to questions that address the most recent and vital events, including race, policing, health, jobs, housing and, always, money. More than a few propositions are the result of measures that previously passed and would be renewed, or overturned, or modified, or are do-overs of measures that were previously defeated.

Proposition 14, for example, is a bond to fund the state’s stem cell research institute, which was created and funded by a ballot measure in 2004. Proposition 15 would modify California’s famous Proposition 13 property tax measure, adopted in 1978. So would Proposition 19.

Proposition 16 would repeal the ban on affirmative action in public programs that voters adopted in 1996, and Proposition 20 would partially roll back criminal justice ballot measures adopted in 2014 and 2016. Proposition 21 would affect rent control and follows a somewhat related measure that was defeated by voters two years ago. Proposition 23 deals with kidney dialysis clinics, the subject of a similar measure Californians defeated two years ago.

Some measures would change or overturn laws adopted by the Legislature. Proposition 22 addresses the thorny question of whether app-based drivers (for companies such as Uber and Lyft) should be treated as employees or contractors. It would modify a law adopted by the Legislature last year, as well as a state Supreme Court ruling from the year before that. Proposition 24 deals with consumer privacy and would modify a bill signed into law in 2018. Proposition 25 is a referendum on a 2018 bill that would eliminate money bail.

Look for Times endorsements in the newspaper and online at latimes.com/endorsements. The list won’t be complete until around the time you receive your ballot by mail.

Meanwhile, be sure you’re registered. In Los Angeles County, check your status at https://www.lavote.net/vrstatus/. In other counties, check with your registrar of voters.

Sun Sep 6 , 2020
If you had taken a walk down Savile Row last fall, you’d have found yourself on a glitzy London shopping street, supercars lined up on either side and well-dressed city slickers strolling between stores with suit bags fit to burst. Skip forward 12 months, and all that has gone. As […] 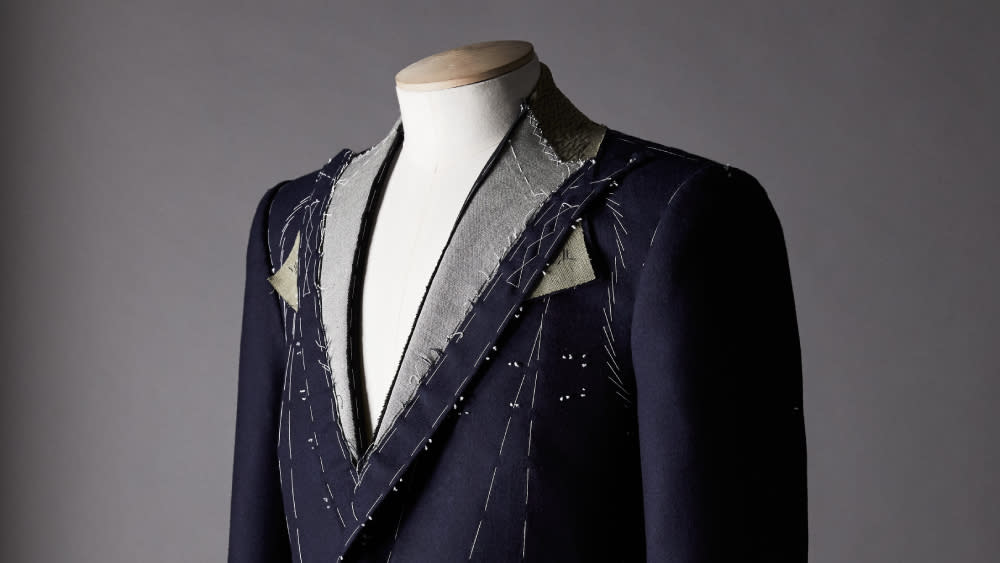