Photo credit: Courtesy Image/Rachel Johnson From Cosmopolitan “I wonder when the IUD tweets are going to start,” I texted to a friend on Sept. 18, the night that Justice Ruth Bader Ginsberg died. The phenomenon, which was recently covered by Marie Solis at Jezebel, distinctly marks the Trump era; the […]

“I wonder when the IUD tweets are going to start,” I texted to a friend on Sept. 18, the night that Justice Ruth Bader Ginsberg died. The phenomenon, which was recently covered by Marie Solis at Jezebel, distinctly marks the Trump era; the tweets happened after he was elected, during Brett Kavanaugh’s Supreme Court confirmation hearings, and they’re happening now that President Trump has nominated conservative federal judge Amy Coney Barrett to the Supreme Court.

People who consider themselves pro-choice send a frenzy of posts with one main message: “Go and get an IUD! Our abortion rights are about to be snatched away! We now live in Gilead!”

Consider this: If people were relying on an 87-year old woman with pancreatic cancer to stay alive, at least for a couple more months, in order to hold on to the rights afforded by Roe v Wade, what does that say about the state of reproductive rights in the first place?

I’m not trying to discount the seriousness of what President Trump and a Supreme Court packed with his nominees could do. But let’s be real. Your ability to get an abortion depends on your race, class, and zip code, even though, yeah, the practice is technically legal under Roe v Wade. But state laws push abortion access out of reach for poor people and people of color. Abortion rights activists have been sounding the alarm on the damaging consequences of these restrictions for years.

The crisis isn’t lurking in the shadows, waiting for Barrett to sit on the highest court of the land before it launches an attack. It’s already here.

Passed three years after Roe in 1976, the Hyde Amendment blocks any public health insurance from covering abortion except in life-threatening cases or if the pregnancy is a result of sexual assault. This means that if you get your healthcare through Medicaid, the military, or the federal government, you can’t get abortion care covered, says Sarah Christopherson, Policy Advocacy Director for the National Women’s Health Network. This disproportionately affects poor people and women of color, says Candace Gibson, Associate Director of Government Relations for the National Latina Institute for Reproductive Justice. “In many ways, Hyde was the original abortion ban for many in our communities, making care completely inaccessible to them,” she says.

The Targeted Restrictions of Abortion Providers laws make it super hard for abortion clinics to open or operate in so many states. Alabama has one that blocks clinics from being located within 2000 feet of public schools. North Carolina has another that says that the air temperature in procedure rooms has to be between 70 and 76 degrees. Texas passed a law that required abortion providers to have the ability to admit their patients to a hospital at least 30 miles away. Even though that law was eventually blocked by the Supreme Court, the damage was already done—the number of clinics dropped from around 40 to from 20 during the time that the law was in effect.

And obviously, having fewer clinics means that people who need abortions have to travel longer distances and pay more to cover transportation and time off work, making abortion care basically impossible for them.

In November, Louisiana citizens will vote on an amendment that would declare there’s no right to abortion in their state’s constitution. West Virginia, Tennessee, and Alabama have already passed similar laws. They don’t immediately impact abortion access, but they could help defend future abortion bans in those states. According to Christopherson, anti-abortion activists passed these Hail Mary laws, even though they know they’ll be challenged, with the hope that they can force courts to rule on laws that chip away at Roe.

In 32 states, abortion providers can meet with patients remotely, mail them pills for a medication abortion, and then follow up with them afterwards to see how they’re doing. According to Christopherson, more people are interested in using telemedicine as their preferred abortion method right now because of the pandemic. Some people also prefer the remote option because they don’t have to travel hours to go to a clinic or deal with the harassers outside of them. But right now, access to this abortion method is in danger—the Supreme Court could rule on a case that challenges this soon, and if they say it’s unconstitutional, millions of people will lose access to a safe abortion.

Some States Will Prosecute You for Feticide

Feticide laws are meant to protect pregnant people and their fetuses from assault, but anti-abortion groups use them as a way of giving a fetus the same rights as a human being. As a result, these laws end up criminalizing pregnant people while also disproportionately affecting people of color, according to legal analyses of these cases. In 2015, Kenlissia Jones, a Black woman, faced charges for delivering a stillborn child after a social worker told police that she had taken medication for an abortion. In 2018, Latice Fisher, a Black woman, was also charged for delivering a stillborn after investigators discovered that she’d searched online for medication for an abortion. And in 2019, Marshae Jones, a Black woman, faced manslaughter charges when she miscarried after being shot in the stomach. This list of women who have been punished for ending their pregnancies could go on and on and on.

So…what do we do now?

If these attacks and restrictions make you feel outraged (hi, same), here are a few things you can do RTFN.

1. Contact Your Representatives About Three Important Pieces of Legislation

Whether or not Roe is repealed, because abortion access is so patchy nationwide, we need a strong federal standard. Both Christopherson and Gibson mentioned the Women’s Health Protection Act—it’s currently in front of Congress right now, and if passed, it would secure the right to an abortion, no matter what state you live in.

The Health Equity and Access under the Law (HEAL) for Immigrant Women and Families Act is also very important, says Gibson. The bill was introduced in the Senate by Sen. Cory Booker and would allow immigrants and undocumented people to enroll in Medicaid or buy insurance from the Affordable Care Act (ACA) Marketplace.

And then there’s the Equal Access to Abortion Coverage in Health Insurance (EACH Woman) Act, which would overturn the Hyde Amendment and make abortion affordable for millions of people.

There are abortion providers, care networks, and abortion funds that fight to bridge the gap between the legal right to an abortion and the actual reality of getting one. Donating to these instead of high-profile women’s healthcare orgs can ensure your $$$ does directly to helping people gain access to abortion. The National Network of Abortion Funds has a list of orgs that provide financial aid to help people afford contraception and abortion services—you can donate to the one in your state. The National Abortion Federation and The Abortion Care Network both help to financially support providers across the country.

According to Gibson, “the battle for reproductive justice will not be won in the courts, but in our communities.” This means that we need to pay more attention to the local elections that have a great impact on our lives, not just the presidential one that happens every four years (though, yeah, pay attention to that one, too). Local legislators, judges, and officials have a lot of power to either restrict, or expand, reproductive rights. Read up on the candidates and where they stand on the issues before you head to the ballot box—so you can have a say in WTF is going on no matter who sits on the Supreme Court.

Wed Sep 30 , 2020
In order to balance its budget for the upcoming fiscal year, the city of Miami Beach will use about $8.5 million in reserve funds and continue cost-cutting measures it began at the onset of the coronavirus pandemic. The City Commission passed the operating budget Tuesday evening after facing a $32 […] 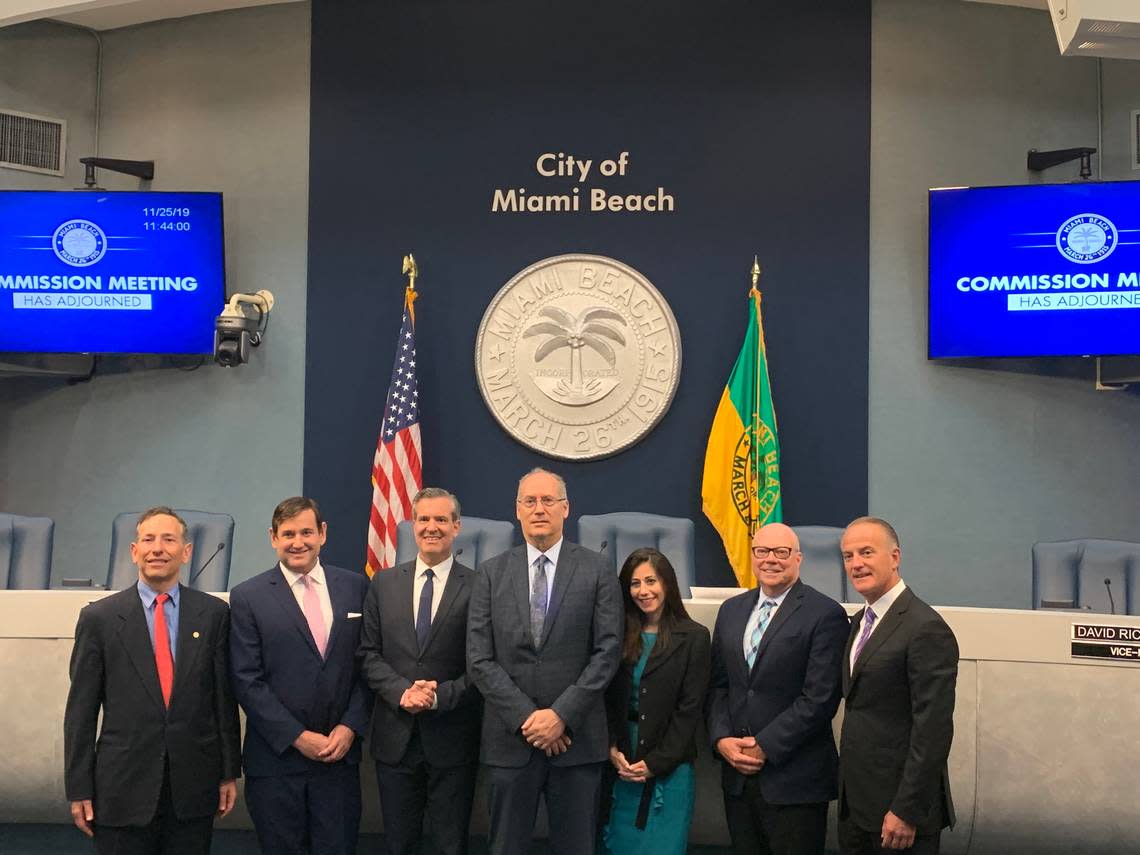