Learning guitar has never been easier. In the past, you would have needed to hire a guitar teacher and buy music books to start learning how to play, but now, the explosion in guitar apps and free online content means that you can learn guitar without breaking the bank. There […]

Learning guitar has never been easier. In the past, you would have needed to hire a guitar teacher and buy music books to start learning how to play, but now, the explosion in guitar apps and free online content means that you can learn guitar without breaking the bank. There are a wealth of excellent guitar apps available for the beginner guitarist, as well as specific guitar learning apps to help you get started.

This article runs through eight of the best guitar apps for beginners on Android and iOS. It includes everything from the best guitar learning apps to guitar apps that every self-respecting guitarist should have on their phones. Regardless of your level, you’ll find something here to improve your playing.

First appearing on YouTube where he gave video lessons to aspiring Claptons and Pages, Australian guitarist Justin Sandercoe has also released his own app for iOS and Android. Justin Guitar is ideal for beginners, given that it offers step-by-step lessons that cover everything from basic chords and fingerpicking to learning scales and whole songs. While most lessons are effectively learning games without an instructor, 50 of them are video tutorials given by Sandercoe himself, who adds a nice personal touch that some guitar apps lack. The app includes over 1,000 popular songs to learn, while it also includes a self-assessment system to help you monitor just how well you’re progressing.

Developed by the same company that produced the GuitarTuna app below, Yousician is basically a comprehensive guitar course on your smartphone. It comes with over 1,500 exercises, lessons, and games for you to hone your guitar skills, while it provides thousands of popular songs to play along with and gain feedback on. It will even teach you music theory and how to read traditional musical notation, making it a very rounded music-learning app, and not just a run-of-the-mill guitar app. However, as exhaustive and helpful as it is, this guitar learning app comes at a price. A monthly subscription currently costs $20, so you really need to stick with it to make it worthwhile.

From the makers of the most iconic electric guitars ever, Fender Play is one of the best guitar learning apps you can find right now. As with Yousician, it’s structured like an online guitar course, although you obviously have the option of choosing which songs and techniques to learn first. Aside from letting you practice hundreds of popular songs, the app also provides a variety of video lessons, which are updated regularly. Helpfully, lessons are often grouped according to technique, so that you can first learn a new playing method and then practice it further by playing a particular song. All in all, it’s like having your own experienced guitar teacher with you at home. There’s a free trial, and it costs $10 a month after that.

Do you want to learn some songs? Well, Ultimate Guitar is one of the best guitar apps for doing this. Downloadable for free, it grants you access to more than 1.5 million tabs for a wide variety of songs. Tabs provide a simplified way of notating music, so they’re a really easy way for beginners to learn how to play songs. On top of this, the Ultimate Guitar app also includes the ability to play along with around 7,000 songs, which are accompanied by backing tracks and in-time lyrics. That said, this feature is locked behind a $5 paywall, while a small range of guitar lessons are unlockable for $1 each.

One excellent guitar app is Guitar Jam Tracks by Ninebuzz. Basically, it’s focused on teaching you how to play with other musicians, and on how to play solos over rhythm tracks. To this end, it shows you how to play scales in different keys, while it also teaches an understanding of how scales are constructed and how each note in the scale functions. What’s good about it is that it comes with a variety of endlessly looping backing tracks, so that you can practice soloing and improvising until you get the knack of things. It’s great for getting a feel for playing with other musicians, while it also teaches chords and rhythm guitar.

Perhaps ear training is the dullest thing any budding guitarist could possibly do, but it really does help you to jam with other musicians and to work out how to play songs. Accordingly, the Functional Ear Trainer app will help you learn how to play melodies on your guitar as soon as you hear them. It works by teaching you to distinguish between tones in the context of any given musical key, allowing you to recognize their specific roles and relative positions, and how such tones are likely to sound. By practicing with the app for 10 minutes every day, you can break down whatever music you might hear into learnable notes.

If you have a Mac or iPhone, you likely have access to GarageBand, which lets you record and finish songs. However, Android users do not have the option of using or downloading GarageBand, so BandLab is the next best alternative. It’s available for iOS and Android, and it’s a great way for beginner guitarists and more experienced hands to record and work on songs. First of all, it lets you record your guitar into the app, but after you’ve done that you can use its multi-track functions to add additional instrumentation. This includes pre-recorded instruments from many of the sound packs it offers, allowing you to make up for the fact that you don’t own synthesizers and samplers in addition to a guitar. Another welcome addition is its social network features, which allow you to collaborate on music with others.

The Metronome by Soundbrenner (free)

Okay, so metronomes aren’t the most exciting devices ever invented, but they’re essential if you have any intention of playing music with other people, of recording, or of performing live. Yes, you need to learn how to keep time, and Soundbrenner’s The Metronome is arguably the best guitar app for doing this. Its basic interface is incredibly simple and intuitive, enabling you to quickly modify tempo and even time signature. It also has more advanced features, such as the ability to create “setlists” of different tempos, so that you can practice for gigs.

As a guitarist, one of the most helpful things you can do is record yourself. Not only can you save ideas for later, but listening back to yourself is a more objective way of checking whether you’re playing correctly and in time. As such, a good voice/audio recording app is a must-have when it comes to guitar apps. While Android and iOS don’t share any single recorder app, they both have their own perfectly good recorders. For iOS, the native Voice Memos app is one of the best you can try, although Voice Recorder & Audio Editor by TapMedia is a very good third-party alternative. For Android, one of the best recorder apps is Voice Recorder Pro by Splend Apps.

Again, guitar tuner apps aren’t particularly exciting, but tuning your guitar regularly and getting an intimate familiarity with how notes sound is important in developing your ear as a guitarist. For this purpose, GuitarTuna is one of the best guitar apps out there. By default, it’s set to Auto, so you can begin tuning just by switching it on and playing each guitar string in turn. You can set different tunings, in case you happen to be metalhead or an experimental guitarist. Beyond its basic functionality, it also comes with mini-games to help you learn and recognize chords. GuitarTuna is free to download, although some of its features require one-time payments to unlock.

3 Reasons Levi's Online Business Is About to Take Off

Mon Oct 12 , 2020
Levi Strauss (NYSE:LEVI) saw its revenue decline substantially in fiscal 2020’s third quarter (which ended Aug. 23) due to reduced traffic and store closures during the coronavirus pandemic. However, Levi’s e-commerce revenue growth accelerated meaningfully, and management is investing in certain areas to build out a more robust direct-to-consumer business, which […] 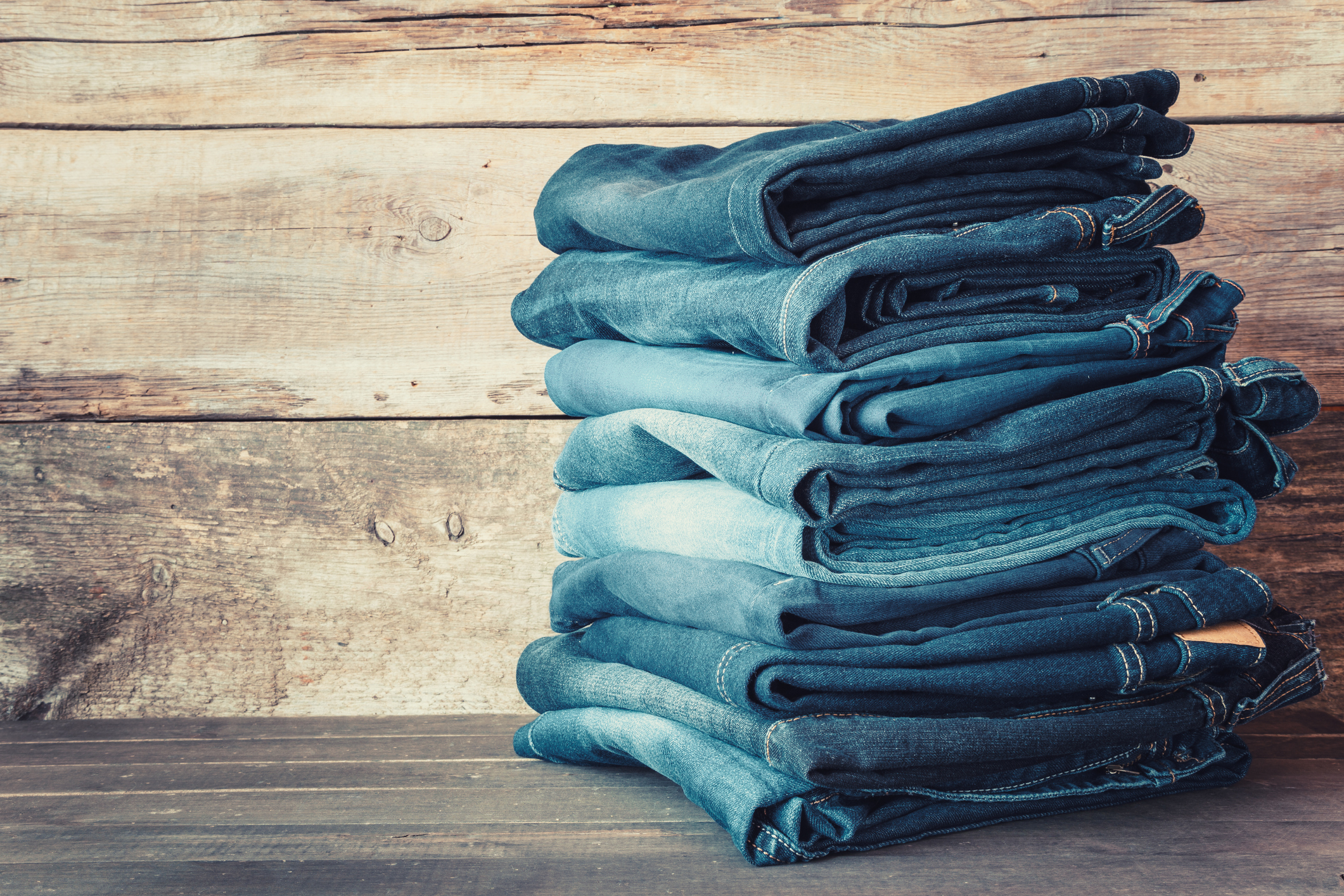