Practice makes perfect, the saying goes, but that’s not always the case with dating. Old habits can be hard to break, but establishing a satisfying dating life means acknowledging past mistakes and moving on from them. So what’s the biggest dating mistake many people continue to make over and over […]

Practice makes perfect, the saying goes, but that’s not always the case with dating. Old habits can be hard to break, but establishing a satisfying dating life means acknowledging past mistakes and moving on from them. So what’s the biggest dating mistake many people continue to make over and over again?

“Trying too hard to impress,” says Connell Barrett, a dating coach and the founder of Dating Transformation. “It can come across as needy.”

Beyond that, it’s really not even necessary—and while older singles might think they’re an exception to this rule, this experienced category of daters is actually the best positioned to show off exactly who they really are without trying too hard.

“By the time you’re north of 40, you’ve accomplished a thing or two, from raising a child to building a career,” Barrett. “This can take the pressure off on a date. It lets you focus on expressing your true self, rather than trying too hard to impress. An effective dating strategy: express, don’t impress.”

If you’re wondering what else might be holding you back, read on for more dating mistakes the experts say you’re still making. And for more insight into the wide world of dating, check out these 20 Dating Secrets Women Will Never Openly Acknowledge.

Messaging endlessly on a dating app

At one time in online dating, it might have been acceptable to trade lots of lengthy messages before meeting someone. “But in the Tinder age, where people have so many options, you can’t message endlessly. They’ll lose interest, and you’ll lose out on dates,” Barrett says. “You want to get them off the app as quickly as possible—in about 10 messages or less—and set up a date.”

As a better alternative, Barrett suggests opening with a lighthearted quip that tells the other person that you’re looking for a date, not a penpal: “Hey, [name], we matched! So, how about we text each other for three weeks and then never meet? ;)”

His top takeaway: “Don’t message forever. Carpe date-’em! Seize the date.” And to make sure you’re putting your best foot forward, here’s The One Word You Should Never Include in Your Online Dating Profile.

So you absolutely must put your best foot forward, and that includes posting high quality, current photos that really represent you.

“To get quality matches and dates, you have to post compelling, attractive photos that command attention. This starts with a great, well-lit portrait that shows you at your most dateable, attractive self,” he says. “Unfortunately, too many people post mediocre photos that they randomly grab off their phones—shadowy selfies or grainy group shots. That keeps you from getting good matches, which can make you feel rejected and unattractive.” And if you feel like your current photo isn’t cutting it, this is The No. 1 Reason Why You Need to Change Your Dating Profile Picture.

It’s only human to feel personally responsible in the face of rejection. But when it comes to dating, it’s not you—in fact, it’s not even actually rejection, as Barrett explains.

“In the courtship phase of dating, rejection isn’t personal. It’s not even rejection. Someone who barely knows you can’t really reject you,” he says. “Sure, if your longterm partner says, ‘I’m leaving you for someone richer and better looking,’ OK, that’s rejection! But if after a date or two someone ghosts you or says they’re not feeling it, it doesn’t mean you’re unworthy or unlovable. It just means you’re not a good fit for each other. There’s nothing wrong with that.”

For dating to feel satisfying instead of terrifying, it’s all about reframing the very idea of rejection as not a failure, but as a necessary part of the path to finding love.

“When you realize it’s not personal, it’s just dating, it stings less,” Barrett says. And for more behind-the-scenes intel, check out these 20 Dating Secrets Men Will Never Openly Acknowledge.

Failing to reevaluate your current needs in a partner

You may have started dating as a teenager. But if you’ve advanced to a whole other phase of life and your dating strategy has not evolved along with you—well, that’s a major mistake.

“The key is to discover who you are now, what you want moving forward, how you’re going to get there, what kind of a partner you need for that,” says professional and personal development coach Rebecca Kiki Weingarten. “What a job just figuring that all out, but to have the best time and to get the most out of dating, you do yourself a favor by figuring it out before instead of dating someone for a while and then finding out the basics aren’t right.” And for more useful information delivered straight to your inbox, sign up for our daily newsletter.

Salem State Ramps Up 'Your Voice, Your Vote' Efforts

Wed Sep 16 , 2020
SALEM, MA — Salem State wants its students to make their voices heard in November. The Center for Civic Engagement and the Frederick E. Berry Institute of Politics and Civic Engagement have launched their “Your Voice, Your Vote” campaign for 2020 with a series of discussions held virtually that are […] 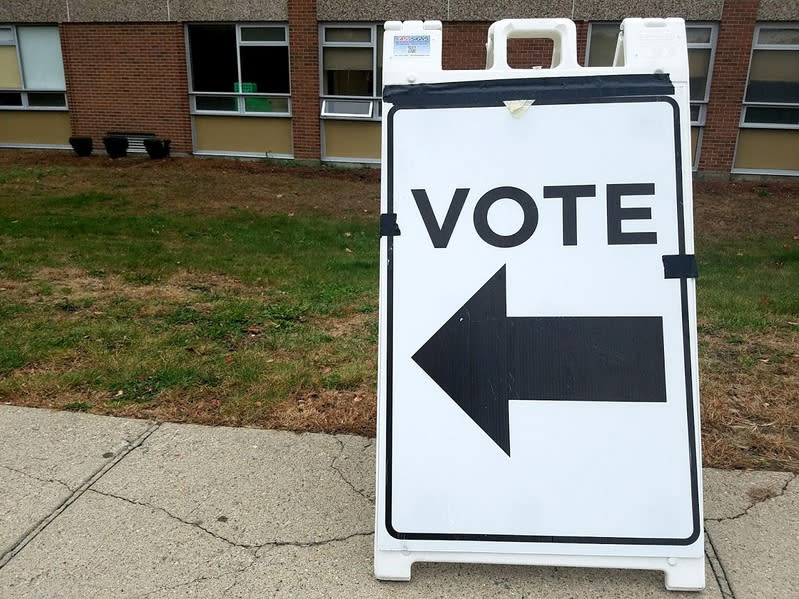