Trump says V, Biden says K: The economic recovery shapes explained If you watched the first presidential debate on Tuesday, between all the crosstalk and the chaos you may have heard moderator Chris Wallace ask the candidates about their takes on how the economy is recovering from the coronavirus recession. […]

If you watched the first presidential debate on Tuesday, between all the crosstalk and the chaos you may have heard moderator Chris Wallace ask the candidates about their takes on how the economy is recovering from the coronavirus recession.

Unless you have a background in economics, the descriptions might sound like a lot of alphabetical mumbo jumbo. However, it’s really not that complicated once you understand the basics.

When President Trump says the nation’s economic recovery is looking V-shaped, he’s basically saying it will rebound to exactly where it was before the pandemic.

Picture the economy as the letter V: It starts off at a high point, falls to a low point, and then bounces back up to the height where it started.

To achieve this V-shaped recovery, the president’s strategy is to rely on tax cuts and business deregulation, which he believes will benefit all Americans in the long run.

During the debate, Trump touted a steady increase in employment since the widespread lockdowns seen during the spring.

“We closed it down and now we’re reopening and we’re doing record business,” he claimed. “We had 10.4 million people in a four-month period that we’ve put back into the workforce.”

Former Vice President Biden, on the other hand, believes the president’s economic plan is leading the United States down a much less hopeful path.

Biden contends that under President Trump’s free-market policies, Americans will experience a K-shaped recovery: The wealthiest will thrive, but middle- and lower-class people will continue to struggle.

Like the two slanted lines in the letter K, high-income and low-income Americans start out in the same place, but one moves upward while the other drops down.

“The difference is millionaires and billionaires like him in the middle of the COVID crisis have done very well,” said the former vice president. “But you folks at home, you folks living in Scranton and Claymont and all the small towns and working-class towns in America, how well are you doing?”

In contrast to the president’s lower taxes and loosened rules on business, the former veep’s strategy would increase corporate taxes and create more jobs by bringing manufacturing back to the United States.

“It would create an additional $1 trillion in economic growth, because it would be about buying American,” Biden said of his plan.

Whether he gets the chance to put this plan into practice will depend on what happens on Election Day, Nov. 3.

Which type of recovery is more likely?

Although it’s still too early to say for certain which recovery path America is on, the booming stock market suggests things are looking K-ish.

Wall Street has bounced back surprisingly well in the wake of the pandemic, but other aspects of the economy like the gross domestic product — the country’s total output of goods and services — remain at record lows.

Consider the fact that CNBC reports 52% of stocks and mutual funds are owned by the wealthiest 1% of the population, and the disparity between rich and poor becomes more clear.

And despite the falling unemployment rate, it’s mainly high-paying sectors like technology and software services that are rehiring, while lower-paying industries including tourism, hospitality and food services have continued to see jobs decline.

With the federal government’s $600 in additional weekly unemployment benefits long gone and the battle over further stimulus checks still unsettled, many low-income families are feeling the pinch like never before.

What to do if the recovery is leaving you behind

If you feel like you’re on the downward slope of a K and are struggling to make ends meet, here are a few tips on how to save extra money each month to help you get by.

1. Pay less when you shop online

With social distancing measures still in effect across the country, many Americans have been doing the bulk of their shopping online.

Amazon may be convenient to use, but it doesn’t always have the best prices.

If you want to save yourself some time on price-checking, there’s a free browser extension called Wikibuy that will automatically find you deals and coupon codes whenever you shop online.

Wikibuy also lets you set up price-drop alerts for your favorite products, so if they go on sale you’ll be among the first to know. Installing Wikibuy takes only two minutes, and it could save you hundreds of dollars a year.

If you’re a homeowner, you can take a major bite out of your monthly housing costs by refinancing to an ultra-cheap mortgage rate.

Based on estimates from the mortgage analytics firm Black Knight, more than 19 million homeowners could save an average of $299 a month by refinancing at these low rates.

Black Knight says a refi might be right for you if you own at least 20% of your home, could cut your 30-year mortgage rate by three-quarters of 1 percentage point (0.75) or better, and have a credit score of 720 or higher.

Just keep in mind that when you refinance, you’ll need to pay closing costs between 2% and 5% of your total mortgage amount.

3. Put your car insurance costs in a lower gear

Your car insurance may be one of those bills you just pay without even thinking about it.

However, by shopping around for a better rate every six months or so, you could save an average of 1,127 a year, according to a study by Carinsurance.com.

Each time your policy comes up for renewal, you should compare quotes from multiple insurers online to make sure you’re getting the lowest rate.

Rate-shopping takes just a few minutes and is totally free, so you’ve really got nothing to lose — you might find the same coverage you currently have at a much lower price.

4. Save on your home insurance

You also could be spending too much on your homeowners insurance if you aren’t regularly shopping around for better rates.

Rates on home insurance can vary quite a bit — sometimes by more than $1,500, according to LendingTree’s ValuePenguin site.

Failing to shop around might also cause you to miss out on valuable discounts, like savings from bundling your car insurance and home insurance together by buying from the same company.

Use a free insurance comparison site to check out quotes from over 200 insurers and find the lowest rates available in your area.

5. Rein in your credit card debt

The pandemic may have forced you to lean hard on your credit cards, and if you’ve been making only the minimum payments each month you’re likely racking up a mountain of interest.

But if your credit score is decent, you may be able to cut down on your interest costs by taking out a personal loan to consolidate your debt.

Basically, you’ll trade in all of your high-interest credit card debt for a single monthly payment at a lower interest rate.

There are free services available that will let you compare offers from lenders willing to give you a loan, making it easy for you to find the best deal.

Depending on how much interest you’re currently paying, consolidating your credit card debt could save you thousands of dollars and shave years off the time it will take to become debt-free.

How to back up your Mac

Thu Oct 1 , 2020
With online storage services like iCloud or even Google Drive, some people assume that there’s no need for an external hard drive on your Mac. However, that’s not necessarily true. It’s always a good idea to have multiple forms of backup (local backup and remote backup) when possible. If you’re […] 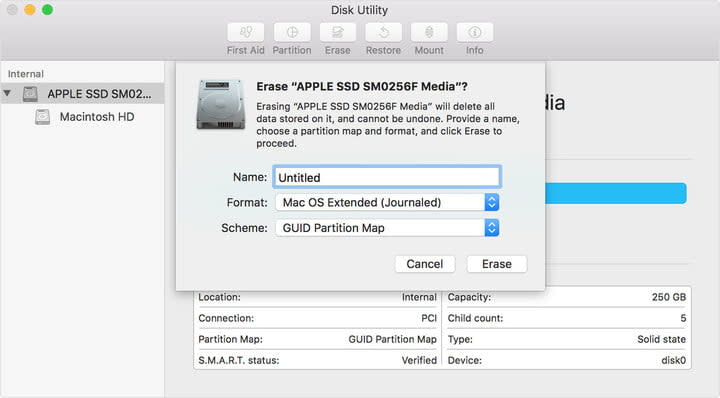