SAVANNAH, Ga. ― Rev. Raphael Warnock, a Democrat who is running to become just the second Black man elected to the U.S. Senate from the South since the end of Reconstruction, came back to his hometown on Sunday morning to canvass ― and to acknowledge that he was about to […]

SAVANNAH, Ga. ― Rev. Raphael Warnock, a Democrat who is running to become just the second Black man elected to the U.S. Senate from the South since the end of Reconstruction, came back to his hometown on Sunday morning to canvass ― and to acknowledge that he was about to make history.

Just not that piece of history.

“Here’s the thing. It’s been about 150 years since Georgia had a United States senator from Savannah,” he said, as the crowd whooped. “I think it’s about time.”

In the final days of the race, Warnock has done little to directly acknowledge the seismic event his victory would represent. But win or lose, Warnock is set to help create a new political era for the Democratic Party, one where the party is unafraid and even eager to nominate Black candidates for statewide offices after decades of often confining ambitious Black politicians to safe House seats and big city mayorships.

Over the course of the past two election cycles, Black candidates for Senate and governor have managed to provide potent counterpoints to most of the traditional reasons the Democratic machinery has given for not backing them in the past.

“If you’re looking at the campaigns that have generated the most grassroots activism, the most volunteers, the most small-dollar donors, they have been campaigns run by Black candidates,” said Jaime Harrison, the Democrat who ran for Senate in South Carolina this cycle and the favorite to become the next chair of the Democratic National Committee.

Three Black Senate candidates this cycle ― Harrison, former Agriculture Secretary Mike Espy in Mississippi and Republican businessman and veteran John James in Michigan ― were able to run meaningfully ahead of their party’s presidential candidate, even if all three fell short of winning. All three were also able to raise more money than the incumbent senators they ran against.

“There’s never been as large a turnout for any election that’s ever been held in Mississippi,” said Espy, noting that a number of liberal policy goals passed in referendums in the state on Election Day. Although he outraised incumbent Republican Cindy Hyde-Smith, Espy said the $15 million he raised arrived too late for his campaign to make the best use of it.

“That money came in late,” Espy said. “It did not come in until about late August, early September. And I wish it had come in in March and we could’ve knocked on more doors.”

The need for earlier investments in Black candidates is necessary, Democratic operatives said, as a way to capitalize on their abilities to increase turnout among Black voters.

“You needed to start doing it during the summertime, especially in places where they’re not used to always being engaged and given a reason to go vote because they’ve been living in the not-best conditions politically for years before,” said Chris Scott, the national political director of the Collective PAC, which supports Black candidates. “So you have to give them extra reasons to go vote, and you can only do that if you have the money to reach out to them early on.”

Several Black candidates could be in a position to benefit from that early cash in 2022: Abrams is all but certain to make a second bid for governor in Georgia. Former Education Secretary John King is expected to run for governor in Maryland. Wisconsin Lt. Gov. Mandela Barnes is seen as a likely Senate candidate against GOP Sen. Ron Johnson. Democrats could try to sway former Charlotte Mayor Anthony Foxx into joining the North Carolina Senate race, and Kentucky Rep. Charles Booker could challenge state Sen. Rand Paul. The Democratic Governors Association and the Democratic Senatorial Campaign Committee are both likely to recruit Rep. Val Demings, a former Orlando police chief, to run statewide in Florida.

There are also three Black candidates in Virginia’s 2021 Democratic gubernatorial primary, though former Gov. Terry McAuliffe, who is white, is heavily favored.

Warnock’s campaign reflects lessons learned from previous statewide runs like Abrams’ and Andrew Gillum’s bid for Florida governor. Both Abrams, a mainstream Democrat, and Gillum, a progressive, were attacked as hopelessly radical.

To counteract these attacks, Warnock went up at the start of the runoff with a series of ads designed to portray him as an everyday Georgian about to be slandered. One ad shows him walking a suburban neighborhood with his dog and ends with him comparing Republican Sen. Kelly Loeffler’s incoming attack ads to, well, dog poop.

I told you the smear ads were coming, but Georgians will see Sen. @Kloeffler’s ads for what they are. pic.twitter.com/0sgU8ndC63

The ad’s aim was clear: to make white voters more comfortable with Warnock, whatever attacks Loeffler threw at him.

“That’s not an ad for me,” said Christina Greer, a political science professor at Fordham University who studies Black politics. “It’s not an ad for Black people. It’s an ad for white Southern voters. He’s not in downtown Atlanta, he’s in what is perceived as ‘their neighborhood.’”

Some Democratic operatives are also hopeful that nominating Black candidates with more humble backgrounds ― Harrison grew up in poverty, while Warnock grew up as the 11th of 12 children ― can alleviate the party’s ongoing struggles with working-class and rural voters by increasing the salience of economic and class issues.

“We’ve stopped talking about those issues, we’ve stopped fighting on those issues,” Harrison said. “People in those parts of the country, and those parts of our state, need to know that we see them, we hear them, and that ultimately, we will fight for them when we are in elected office. But it’s going to take some time in order to regain their trust because we haven’t talked to them in so long, and so many of them just don’t think we see them and we can relate to them.”

On the campaign trail in Georgia, Warnock regularly invokes his family’s working-class background, telling stories about how his father used to rouse him from bed early in the morning and noting he was only able to attend college because of scholarships. During his event in Savannah on Sunday, he spoke about his mother’s work picking “somebody else’s cotton and somebody else’s tobacco” in the 1950s.

“But the other day, the 82-year-old hands that used to pick somebody else’s cotton picked her youngest son to be a United States senator,” he said.

Wed Jan 6 , 2021
If your stolen package was delivered by a major postal carrier such as USPS, UPS, or FedEx, you should file a claim with the respective shipping company.  If you know your package has been stolen, you could reach out to the sender or seller about a possible replacement or refund.  […] 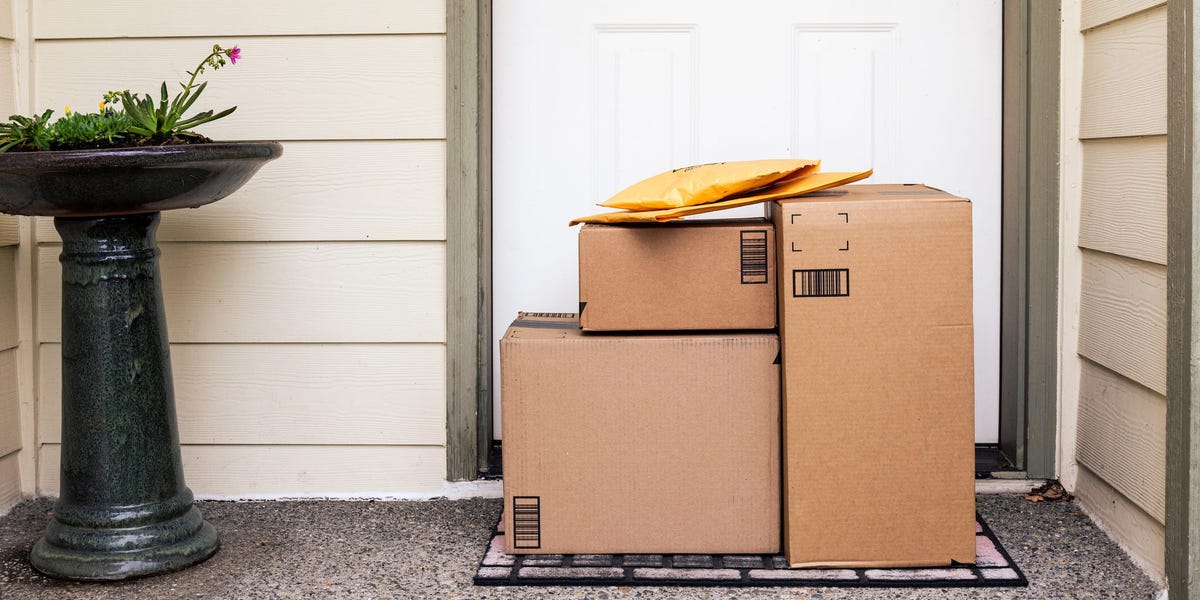