A player holds a hand of cards in “Magic the Gathering.” The company announced in June that it would no longer feature cards that were “racist or culturally offensive.” Gordon Chibroski/Portland Press Herald via Getty Images Magic: The Gathering has scrapped several cards that the company acknowledged are “racist or […]

The “Invoke Prejudice” card first appeared in the popular “Magic: The Gathering” game in 1994.

The card features figures in pointed hoods, which the card game company recently declared as “racist” and said the card would be not only be removed but “should never have been published nor placed in the Gatherer.”

That card, and six others that have been deemed “racist or culturally offensive,” have been banned from the game, the company said earlier this month.

“The card is racist and made even worse by the multiverse ID it was unfortunately codified with years ago. There’s no place for racism in our game, nor anywhere else,” Wizards of the Coast, a subsidiary of toy giant Hasbro, wrote.

In addition to being banned in sanctioned tournament play, the company said it will remove them from their online database.

Where the images once appeared, will now be a statement that reads: “We have removed this card image from our database due to its racist depiction, text, or combination thereof. Racism in any form is unacceptable and has no place in our games, nor anywhere else.”

The killing of George Floyd in police custody has prompted global anti-racism protests and a national conversation about how to better support people of color in industries like business, media, and entertainment.

The fantasy card game company said in its statement on the card changes that it, too, has been prompted to “examine ourselves,” and that caused the banning of the cards. However, the card changes don’t seem to be enough.

Business Insider reported in 2018 that the game counts more than 35 million players spread across 70 countries who participate in international tournaments and digital competitions. Last week, the company highlighted several Black players and employees within the massive “Magic” community, but some commenters responded by writing open letters about problematic cards and hiring practices.

Several players of color have spoken out online to criticize the company’s lack of inclusiveness and its white male-dominated leadership.

“By and large, Wizards of the Coast has ignored the existence of its black player base, and we are keenly aware,” Lawrence Harmon, a Black player who hosts a podcast about the game, wrote in an open letter. “The aforementioned gesture was a gross act of tokenism that were not only lambasted by black magic players, but were also noticed by the community at large.”

Zaiem Beg, a prominent Pakistani-American commentator who has covered tournaments, also wrote a letter criticizing Wizards of the Coast for a history of “racist behavior,” and lack of inclusion when it comes to hiring.

“WotC has some wonderful, kind, empathetic people working there who are willing to do the right thing, but the culture makes it impossible for those people to have any meaningful influence,” he wrote. “There’s no culture of accountability, just deep obliviousness while simultaneously maintaining the performance of awareness.”

Wizards of the Coast noted in its statement on the card changes that it has more to do to make their games, communities, and company more inclusive.

“We appreciate everyone helping us to recognize when we fall short,” the company wrote. “We should have been better, we can be better, and we will be better.”

Wizards of the Coast did not immediately respond to Insider’s request for comment.

Mon Jun 22 , 2020
SEATTLE, WA — A Redmond resident who sold a phony COVID-19 vaccine will be paying up for the scam, including a payment of up to $12,000 to refund his victims. In April, Washington Attorney General sent a warning letter to Johnny Stine, owner of North Coast Biologics, after learning that […] 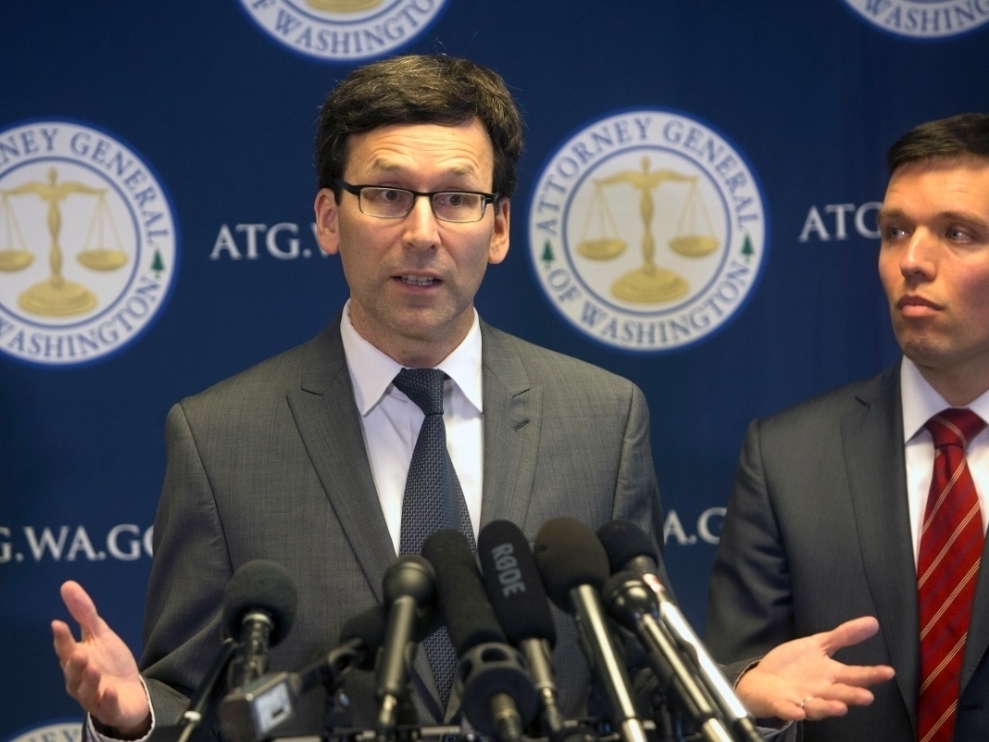