Sunak Ever since the prime minister sent the economy into an unprecedented lockdown in March, storm clouds have been gathering over the jobs market. Now that storm is beginning to break. As ever, those looking for signs of the Covid crisis in the headline figures from the Office for National Statistics […]

Ever since the prime minister sent the economy into an unprecedented lockdown in March, storm clouds have been gathering over the jobs market. Now that storm is beginning to break.

As ever, those looking for signs of the Covid crisis in the headline figures from the Office for National Statistics will be disappointed, even though the official unemployment rate crept higher to 4.1pc in the quarter to July.

The ONS data are a lagging indicator showing the last three months of the full furlough. Its narrow definition of unemployment – to be out of work and actively seeking it – has moreover been artificially dampened by the schemes to support both employees and the self-employment.

The bad news is getting closer to the surface, however. Even while Chancellor Rishi Sunak was paying a full 80pc of the wages of millions of workers, the 48,000 jump in redundancies was the biggest in a single quarter since 2009, taking them back to levels last seen in 2012.

The mid-summer jobs cull by a host of major companies is finding its way into the figures: the ONS’s single month estimate of unemployment was 4.4pc in July – and worse is likely to come before the complete end of the furlough in October.

The experimental figures showing a 695,000 drop in PAYE employees since the pandemic broke is equivalent to additional to an extra two percentage points on the unemployment rate alone, while the picture on claimant count is worse still.

Caution is needed because Sunak expanded universal benefits early on in the crisis to allow more workers to claim, but the provisional figures show a staggering 2.74m claimants in August. That in itself is a rate of 7.6pc, which is already more than the Bank of England’s 7.5pc peak estimate for unemployment made a month ago.

Josie Dent, senior economist at the Centre for Economics and Business Research, warns: “It is clear that the negative labour market impacts of the coronavirus crisis are far from over. Indeed, with the end of the furlough scheme looming in October, Cebr is forecasting a sharp rise in the unemployment rate. We expect it to peak at 8.9pc in the fourth quarter, before dropping back again in 2021 as the UK economy recovers from the crisis.”

With sad predictability, the pain isn’t being shared equally either. By region the North-East – already a UK laggard in economic terms – has seen the highest unemployment rate, at 5.2pc. It is closely followed by the capital at 5pc, thanks to its hefty share of customer-facing service industries, bars and restaurants.

For the same reason, younger workers are also bearing more of the early scars of the jobs burden, as the retail and hospitality sectors typically offering them their first jobs struggle. The figures show a 156,000 slump in employment among 16 to 24-year-olds in the quarter to July, with a record 146,000 drop for those between 18 and 24.

The economic literature – from the likes of former MPC rate-setter David Blanchflower – suggests this unemployment will be living with them decades into the future in the form of lower earnings, unless the Government’s new Kickstart scheme can mitigate the effect.

Older workers are also struggling, such as women over 65 who accounted for the lion’s share of a 92,000 drop in employment to 1.28m. Older workers, as well as being more vulnerable to the pandemic, are also more likely to be in hard-hit part-time or self-employment.

Cathal Kennedy, UK economist at RBC, explains: “The crisis is especially affecting those at the opposite end of the age distribution. The largest decreases in employment have been among the 18-24 age group for whom part-time employment is a route into the labour market. The other most affected group is the over 65s for whom part and self-employment are both important forms of employment.”

More worrying still for a Chancellor contemplating the end of furlough – and economic prospects in the autumn – more than 5m workers were temporarily away from the office in July, of which 2.5m workers have been away for three months or more.

Of these, some 441,000 were on half or even less of their previous salary. Of those “temporarily” away from work, 186,000 were getting no pay at all – effectively unemployed, in income terms at least.

For the rest of us pay growth is lagging behind inflation, due to the distorting effect of the furlough, giving workers a real terms 0.7pc pay cut. Covid-19 has also brought to a halt the recovery in pay since the financial crisis, leaving it still below 2008 in real terms. Few will expect big pay rises this autumn.

There were some bright spots. The rapid shift online for grocers and other retailers created 51,000 new jobs in retail between April and June. Vacancies in the construction and transport sectors rose as the economy reopened.

In the NHS, perhaps unsurprisingly in the face of a pandemic, employment is at a record high of 1.78m after adding 34,000 staff between April and June – and now employs more than 5pc of the entire UK workforce.

But overall vacancies are still some 45pc below the first quarter as employers remain understandably nervous of taking on employees. That puts yet more pressure on Sunak to protect jobs and encourage hiring.

Tej Parikh, chief economist at the Institute for Directors, sets out the challenge: “Broad-based measures to lower the cost of hiring and retaining staff, particularly by reducing the burden of employers’ National Insurance contributions, are needed.

“The sooner action can be taken the better. With firms set to make difficult decisions on their staff, indications that further assistance is on its way will be even more crucial.”

The Chancellor has some big decisions to make – and quickly.

Demand for ‘certified used’ bikes is so strong, some sell above new sticker price

Tue Sep 15 , 2020
Like so many other industries the coronavirus pandemic has transformed, the bike business is undergoing big changes. The pandemic disrupted the bike industry’s supply chains, and at the same time, it pushed demand to never-before-seen heights, as people seek alternatives to public transportation. New bikes have been in extremely short […] 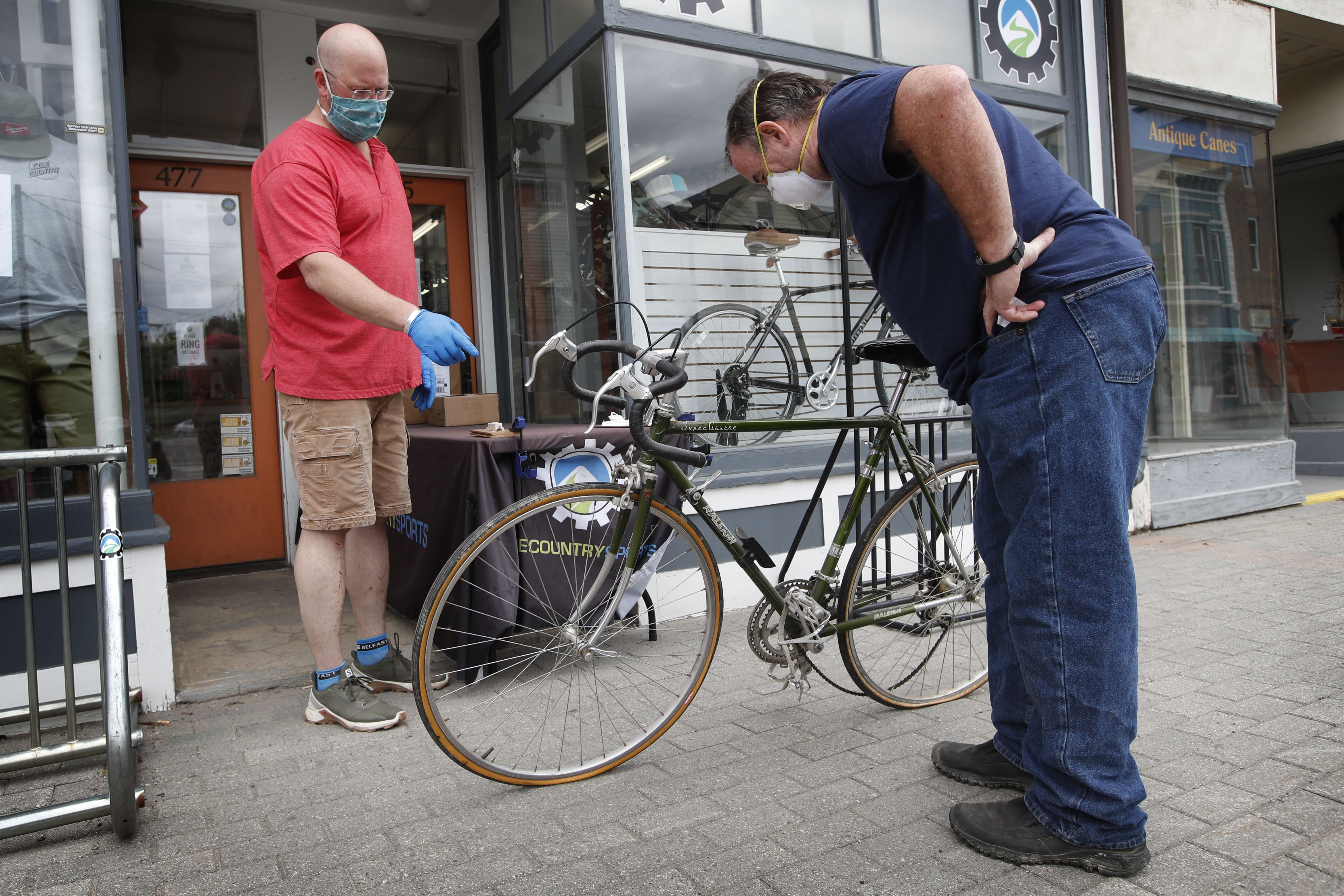