The BBC’s weekly The Boss series profiles different business leaders from around the world. This week we speak to Christian Kroll, the founder and chief executive of internet search engine Ecosia. Christian Kroll wants nothing less than to change the world. “I want to make the world a greener, better […]

The BBC’s weekly The Boss series profiles different business leaders from around the world. This week we speak to Christian Kroll, the founder and chief executive of internet search engine Ecosia.

Christian Kroll wants nothing less than to change the world.

“I want to make the world a greener, better place,” he says.

“I also want to prove that there is a more ethical alternative to the kind of greedy capitalism that is coming close to destroying the planet.”

The 35-year-old German is the boss of search engine Ecosia, which has an unusual but very environmentally friendly business model – it gives away most of its profits to enable trees to be planted around the world.

Founded by Christian in 2009, Ecosia makes its money in the same way as Google – from advertising revenues. It earns cash every time someone clicks on one of the adverts that appears above and beside its search results.

Ecosia then donates 80% of the profits it makes from this to tree-planting charities. To date it has funded more than 105 million new trees, from Indonesia to Brazil, and Kenya to Haiti.

And unlike the billionaire founders of Google – Larry Page and Sergey Brin – he promises to never buy a super yacht. “While they have big yachts I have an inflatable dinghy that I take to lakes. Ego consumption is not appropriate in a world where there’s climate change.”

Christian would, in fact, struggle to buy a yacht if he ever wanted one, as he put two legally binding restrictions on the business – shareholders and staff cannot personally sell shares or take profits outside of the company.

Born in the former East Germany in 1985, Christian wasn’t always so altruistic. As a teenager in the town of Wittenberg, he and his friends would play the stock markets, often trebling their investments.

He wanted to become a stockbroker, and so enrolled to study business administration at the University of Erlangen-Nuremberg in Bavaria.

However, his world view changed when aged 18 he went travelling for three months through India. “I met smarter people than me who didn’t have the same opportunities because they weren’t born in Germany,” he says. “It started dawning on me that maybe I should do something to make the world a better place.”

Then at university he first started to pay close attention to online advertising when he set up a website that compared different online brokers. “I was shocked at how much of my revenue I was spending on Google ads to bring traffic to the site,” he says.

And so his idea for what would eventually become Ecosia was born. “It became clear to me that Google had a very smart business model, and it was also fairly obvious that there was space for a purpose-driven search engine to do something similar… to use the money to fund tree planting.”

After university he spent six months in Nepal in 2007, where he first tried and failed to launch a search engine to raise funds for local charity and non-government projects. “I didn’t know how to launch a business, funds were limited, and most days there were internet and electricity issues.”

He then spent 10 months in South America where the level of deforestation that he saw gave him the determination to launch Ecosia in 2009 after he had returned to Germany. The name is a mixture of the words “eco” and “utopia”.

Christian says he got the business up and running with the help of others. “The truth is that I didn’t have the technical knowledge to do it, but I was able to rely upon the skillset of friends and family,” he says.

All of its electricity comes from solar power, and 80% of its users are said to be 29 or younger.

Its search engine uses Microsoft’s Bing’s technology, with whom it has a long-term arrangement. “They really like what we are doing,” says Christian.

“Most users won’t use search engines other than their device or browser defaults. And on the ad side, advertisers use Google’s search product because it performs [so] well.”

Christian admits it “can be tricky”, and wants regulators to do something to loosen Google’s grip.

But more generally, he wants to see capitalism changed for the better. “This is really needed in the 21st Century,” he says.

“What we’re trying to do is reform capitalism. I think in its current state it’s not healthy. I want us to rethink how business should be, what the role of business is.”

The True Story Behind Love Fraud and Richard Scott Smith

Mon Aug 31 , 2020
Photo credit: Courtesy of SHOWTIME From Town & Country “I am one of the millions of people fascinated by true crime,” says Rachel Grady, one of the filmmakers behind the addictive new series Love Fraud, premiering August 30 on Showtime. The difference between the series (directed by the Oscar nominated […] 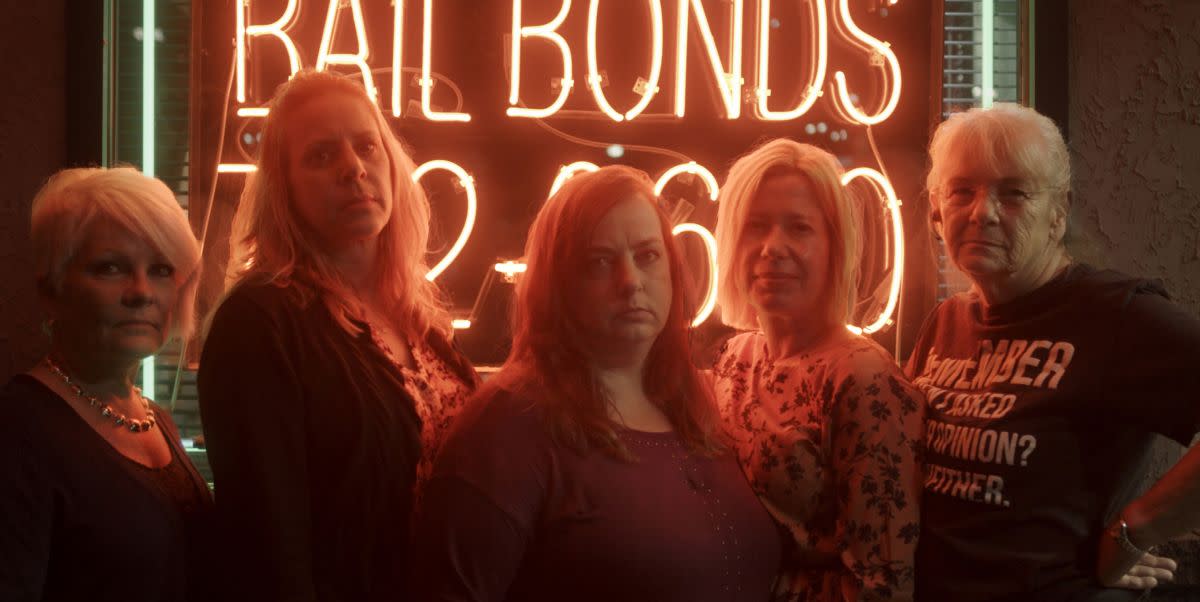