The U.S. economy has become more fragile owing to a record wave of conavirus cases toward the end of the year. kamil krzaczynski/Agence France-Presse/Getty Images The U.S. economy is primed to take big strides next year if a slew of promising coronavirus vaccines turn out to be effective, but it’s […]

The U.S. economy is primed to take big strides next year if a slew of promising coronavirus vaccines turn out to be effective, but it’s going to get worse before it gets better.

The weak November jobs report on Friday offered the clearest evidence yet. The economy added just 245,000 new jobs last month, with an unusually high 60% of those jobs tied to package deliverers and other transportation companies, thanks to the online shopping boom during the pandemic, according to a survey of business establishments.

Even worse, employment measured by a separate survey of households turned negative for the first time since the start of the pandemic in April.

The household survey tends to signal labor-market deterioration more quickly than the government’s survey of business establishments that’s used to calculate the number of jobs created each month.

During the Great Recession of 2007-2009, for instance, the household survey began to show a decline in employment 10 months before the establishment survey, noted Scott Anderson, chief economist of Bank of the West.

“When the U.S. labor market rolls over, it is often picked up sooner and more frequently in the household survey employment figures, especially if it is small businesses that are doing the laying off,” he said.

A pair of staff time-sheeter trackers by Kronos and Homebase indicate that’s exactly what is going on. Small businesses such as restaurants and mom-and-pop stores are being forced to cut staff again in response to a new government restrictions.

Larger companies aren’t immune, but most of them have done a better job of weathering the storm aside from those in a few hard-hit industries such as travel and entertainment.

How much worse it gets — and for how long — will depend on whether the coronavirus continues to spread rapidly or cases began to decline again. The U.S. counted 216,548 new cases on Thursday, and at least 2,857 people died, just below the record of 2,885 set a day earlier, according to a New York Times tracker. There were a record 100,667 COVID-19 patients in U.S. hospitals on Thursday, according to the COVID Tracking Project, topping Wednesday’s record of 100,226.

Rapid passage of another federal aid package by Congress could ease the economic pain and help create a bridge for the economy to a post-vaccine world.

are rushing to make their vaccines available as early as this month, but it’s going to take a lot longer to inoculate most of the population.

investors will look to several reports next week on a relatively light economic calendar to gauge the damage being done.

The number of people applying for benefits, known as jobless claims, have been hovering in the 700,000s per week for the past two months. They are sure to edge higher if layoffs accelerate and hiring slows even further.

Also: Jobless claims are inflated and many unemployed were underpaid

A survey of consumer sentiment next Friday, meanwhile, will offer more clues on how Americans are feeling. People stop moving about as much when coronavirus cases rise, but the big key is whether the reduce spending.

If they do, it will be another blow to the labor market and the broader economic recovery. Businesses are unlikely to hire as many people for the holidays if they expect lackluster sales.

It’s time for a digital detox. (You know you need it.)

Sat Dec 5 , 2020
By Brian X. Chen, The New York Times Co. When is enough enough? Even though the presidential election is over, we’re still doomscrolling through gloomy news about the coronavirus surge. The rest of your daily routine is probably something like mine while stuck at home in the pandemic: Divided among […] 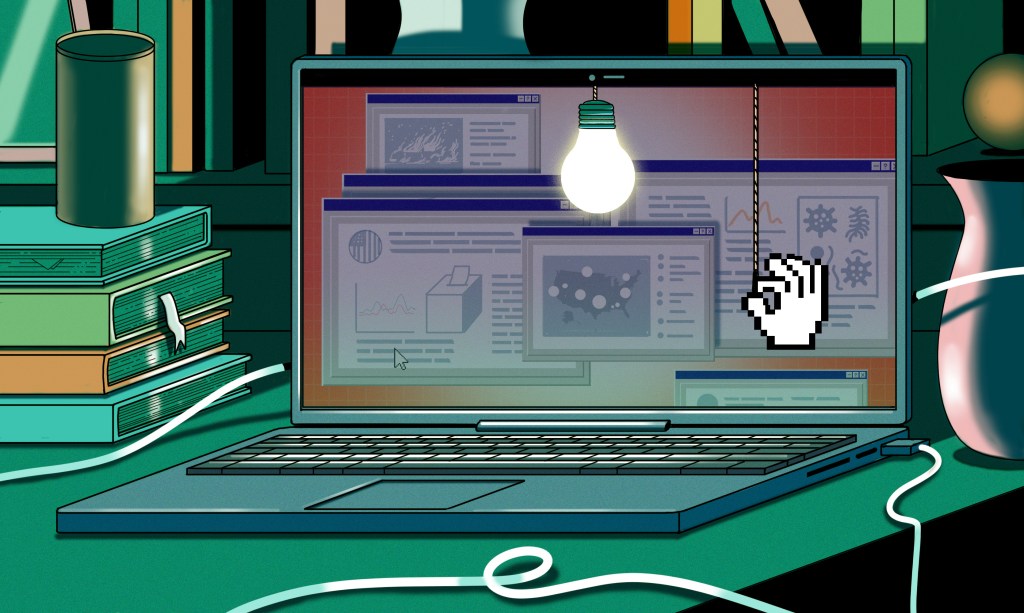