The American health care system leaves us all vulnerable to massive costs and uneven access, even under the best of circumstances. But when the economy goes south, things get really awful. The novel coronavirus pandemic and the United States’ feckless response to the outbreak has triggered a historic economic downturn […]

The American health care system leaves us all vulnerable to massive costs and uneven access, even under the best of circumstances. But when the economy goes south, things get really awful.

The novel coronavirus pandemic and the United States’ feckless response to the outbreak has triggered a historic economic downturn that has cost tens of millions of jobs. Because almost half of the country ― about 160 million workers, spouses and dependents ― get their health coverage through an employer, those lost jobs almost always mean lost health insurance.

Between February and May, an estimated 5.4 million people became uninsured because of job loss, according to the liberal advocacy organization Families USA. The group describes this as the largest loss of job-based health benefits in U.S. history, worse even than during the Great Recession in 2008 and 2009.

And job losses have continued to mount since May, meaning the number of those who lost health benefits is likely to be much higher now. Many millions more are at risk as the coronavirus outbreak and its economic toll continue to escalate.

Many workers can extend their employer-based health insurance through COBRA, which allows unemployed people to keep their benefits for up to 36 months. But doing so is hugely expensive, as they take on the full cost of premiums without contributions from their former employers. That’s a heavy lift.

The average annual cost of a job-based family health insurance plan is nearly $20,000, which translates to more than $1,600 a month, according to a survey of employers conducted by the Henry J. Kaiser Family Foundation last year. Businesses cover an average of 70% of those premiums while workers are employed, but that goes away when a person is laid off. In May, House Democrats passed legislation that would subsidize COBRA premiums, but Senate Republicans have resisted the idea.

Newly jobless people can buy insurance policies from health insurance exchanges like HealthCare.gov, but those are also very costly ― hundreds of dollars a month for a single person and upwards of $1,000 for families ― for those who don’t qualify for the most generous subsidies.

Even the least expensive plans typically carry deductibles that can exceed $10,000 a year for a family. An estimated 750,000 people have enrolled in exchange policies because of job loss since the pandemic began.

Medicaid, which covers 72 million people, provides a safety net for those that the bad economy has hit hardest, but access is limited and varies greatly from state to state, especially for adults. The Affordable Care Act authorized a Medicaid expansion to anyone earning up to 133% of the federal poverty level, which is about $35,000 a year for a family of four. Residents of the states that have expanded Medicaid have access to these benefits when their incomes fall.

But 13 states have refused to adopt it. In those non-expansion states, adults who don’t have children living at home and don’t have disabilities can’t access coverage regardless of how low their incomes are. Parents and adults with disabilities in those states typically are eligible only if they earn a small fraction of poverty wages.

That’s an imperfect situation when things are good, but it becomes a major problem when the economy is suffering. Unlike the federal government, states are required to balance their budgets. Bad economies and rising unemployment lead to lower tax revenues going to state governments. In turn, this very often leads to cuts in Medicaid benefits and eligibility at times when the program is most needed.

Medicaid enrollment began rising early in the pandemic. Between February and April, the program’s rolls grew by more than 1 million. Like the data on employer-based insurance, these numbers lag and are likely to be significantly higher now. One estimate projects as many as 23 million people could enroll in Medicaid over the course of the pandemic.

The first round of economic stimulus that Congress and President Donald Trump enacted earlier this year included a boost in federal Medicaid funding, as well as a guarantee that states wouldn’t cut back on Medicaid while the money was flowing.

House Democrats passed a bill in May that would have extended the additional Medicaid funding, but the package Senate Republicans are considering for another round of stimulus doesn’t include it. Without that money, states are almost certain to begin scaling back Medicaid by eliminating benefits and restricting eligibility. The federal government has used this means of shoring up state finances during previous economic downturns, including the Great Recession in the late 2000s.

As has been the case with so many things the past three years, Trump has made matters worse by weakening an already frayed health care safety net.

The Trump administration has taken a series of actions to harm the health insurance exchange marketplaces, which is available to people who lose their jobs even outside of the annual open enrollment period. During the pandemic, the administration refused to reopen the exchanges to all uninsured people, not just the newly jobless, in contrast to the District of Columbia and 11 states that operate their own health insurance exchanges (Idaho’s exchange also didn’t reopen).

Trump also expanded access to junk insurance policies the Affordable Care Act had curbed. These so-called short-term plans now can be purchased for up a year. Unlike real health insurance, people with preexisting conditions can be excluded and the policies offer very meager coverage that leaves patients exposed to extremely high medical costs.

On Medicaid, the administration has attempted two major new policies designed to make benefits hard to get and keep. Courts struck down the first, which would have imposed work requirements on Medicaid recipient. The second would cut Medicaid funding and place new limitations on coverage for adults. During Trump’s presidency, more than 1 million children have been kicked off Medicaid, and the national uninsured rate was rising even before the pandemic walloped the economy.

And if Trump and the Republican Party have their way, the safety net as expanded by the Affordable Care Act will go away, leading to an estimated 20 million more uninsured people. Trump supports a lawsuit, pending at the Supreme Court, that would eliminate the entire law, including its health insurance subsidies, its Medicaid expansion and its guarantee of coverage to people with preexisting conditions.

And despite Trump’s empty claims otherwise, they have no notion of how to replace those things, which will lead to further suffering if the high court rules in their favor.

Netflix Negotiating For ‘The Woman In The Window’ With Amy Adams; Last Fox 2000 Elizabeth Gabler Project Will Be Let Go By Disney

Mon Aug 3 , 2020
EXCLUSIVE: Netflix is finalizing an acquisition deal that will move The Woman in the Window out of Disney-owned 20th Century Studios and into a new window, as a global Netflix event film. The thriller, which stars Amy Adams and is directed by Joe Wright, is the last of the splashy […] 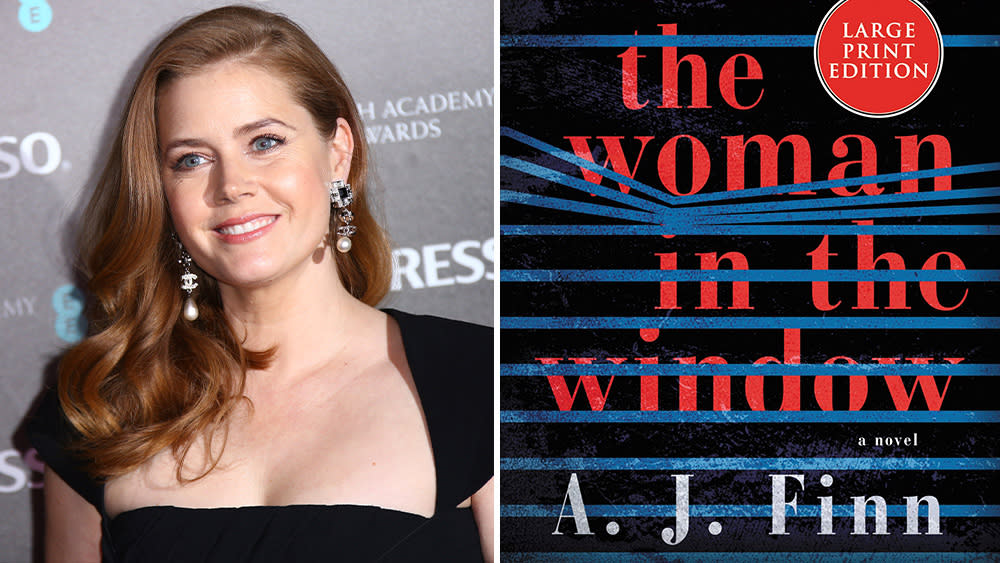