When the Professional Triathletes Organisation earlier this year announced a groundbreaking investment from Wales’ richest man to aid its vision of an expanded sport run by and for its athletes, it — like the rest of the world — had little idea of the Covid-19 turbulence that lay ahead. The core ambition […]

When the Professional Triathletes Organisation earlier this year announced a groundbreaking investment from Wales’ richest man to aid its vision of an expanded sport run by and for its athletes, it — like the rest of the world — had little idea of the Covid-19 turbulence that lay ahead.

The core ambition was simple: boosted by a $12.5 million (£9.5m) injection from billionaire venture capitalist Sir Michael Moritz, the PTO planned to take long-distance triathlon (anything longer than Olympic distance) mainstream. Moritz would retain a 50 per cent stake and the other half would belong to the triathletes themselves, in the form of membership to the PTO.

Thanks to Moritz, there were huge sums involved: a $2m (£1.5m) prize pot in the inaugural Collins Cup, an event originally scheduled for May and intended to launch the new era with Europe taking on teams from the United States and Rest of the World; a $2m annual bonus split between the top 100 men and women in the PTO world rankings at the end of each year, with equal pay between the sexes.

The sport’s biggest names quickly signed up and Britain’s double Olympic champion Alistair Brownlee became a board member. What had long been a confusingly structured sport consisting of disparate races appeared to have cohesion, financial backing and a professional vision for the future. Then coronavirus struck.

“Many have sponsorship deals that are race performance-based and have no value, and we can expect in the near future that sponsor deals will contract as budgets are cut in the looming recessionary environment.

“Our athletes were basically put out on the unemployment line, with no notice and no unemployment benefits, and many, with probably minimal savings. So we had to do something very quickly to try to alleviate that.”

Flush with the recent cash injection, the PTO decided to pay out its annual rankings bonus nine months early. It also increased it from $2m to $2.5m, paying athletes whichever was higher of their world ranking from March 15 or the start of the year. In return, the top-10 men and women agreed to engage in “appearances and online exhibitions”, with any revenue distributed to athletes ranked 20 to 100.

“The unity they have is how they can help each other,” says Adamo. “This is an organisation that came about at just the right time and we’re coming together to try and have self-determination in a way where people are treated like equal partners.”

They are bold words and the organisation’s swift action certainly casts it in a positive light compared to some other sports federations during this coronavirus pandemic, especially those involved in women’s sport. Yet the main measure of success will come once this period is finally over and it can return to its main mission of properly showcasing the sport.

Sprint-distance triathlon returned with a one-off World Championship race in Hamburg on Saturday, while the PTO has added $15,000 to the prize pot for Sunday’s long-distance Helvellyn Triathlon. The showpiece Collins Cup has been rescheduled to next May and the PTO is waiting to see if its $1m World Championship race can go ahead without spectators in December.

Adamo says his aspiration is for long-distance triathlon to follow golf and tennis with the eventual creation of four major ‘grand slam’ events spread across the season.

For Brownlee, whose weekend schedule sees him compete at both the World Championships and Helvellyn Triathlon, the idea of putting athletes at the centre of this vision is crucial.

“At the moment it’s a mish-mash of different races, mostly under the Ironman brand, but also some other brands like Challenge,” says Brownlee. “It’s just a little bit messy and needs to be cleaned up.

“This is an opportunity to professionalise long-distance triathlon. The athletes having some level of control is important, because at the moment there has been no real dialogue.

“At the moment long-distance triathlon is mostly about mass-participation. That’s the business model and that’s what is important to the organisers.

“That means that a lot of the time, the professional athletes are playing second fiddle to that.”

Moritz, who amassed his fortune through investing in Google and now lives in San Francisco, says the PTO’s athlete-ownership model was “one of the big attractions”.

He tells Telegraph Sport: “I’m not a triathlete myself, but I’ve long admired the capabilities of anybody who can complete a long-distance triathlon. The athletes who compete at the top level are some of the very best athletes in any sport in the world and they are massively under-appreciated.

“There’s an opportunity here to bring the sport to a much wider audience than has watched it previously and make it a more interesting and entertaining spectacle for spectators.

“That obviously has business implications and there’s a way to build a good business around it. This is a financial investment. It’s a long-term investment.”

How successful it will prove is a big unknown. The PTO has been vocal in its efforts to buy out the Ironman brand, while attempting to straddle its multiple roles as athlete representative body, event organiser and commercial partner.

Its ambitions may prove too lofty. But Adamo believes this “might be the beginning of an evolution” in sport, primarily because the athletes are onboard.

“It’s as if Manchester United’s players got their salaries as well as 50 per cent of profits at the club,” he says.

“If Paul Pogba got 50 per cent of the club’s profits, he might not be unavailable and complaining all the time – he might get on the pitch and win a match.”

Sun Sep 6 , 2020
With record-low rates flooding the mortgage scene in recent months, you may have thought about refinancing your mortgage — one of these days. But homeowners need to move quickly if they want to beat a new mortgage refinance fee being imposed by Fannie Mae and Freddie Mac, the government-sponsored mortgage […] 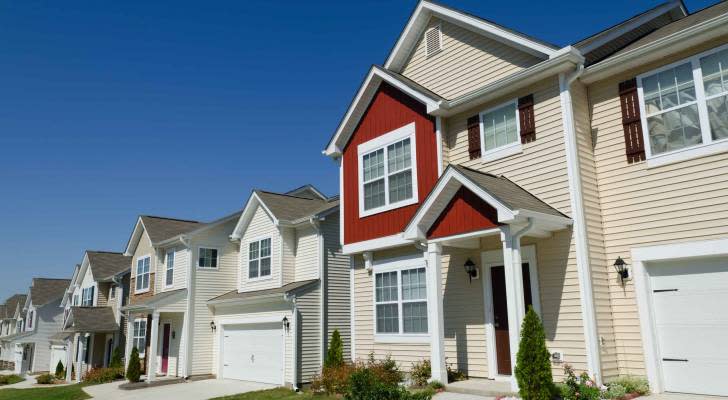