Yes, yes, yes. Thank you, Tom Peck. You have summarised brilliantly exactly how I feel about the current corrupt anti-democratic government. I have been moved to write to my MP three times in the last couple of months having almost never done so before. (I wrote twice about Dominic Cummings […]

Yes, yes, yes. Thank you, Tom Peck. You have summarised brilliantly exactly how I feel about the current corrupt anti-democratic government.

I have been moved to write to my MP three times in the last couple of months having almost never done so before. (I wrote twice about Dominic Cummings and once about the government stopping using online voting.) I told him that I also won’t use the NHS app, for these same reasons. I don’t trust the use they will make of my data.

However I am using the Covid-19 tracker and symptom study, developed by Tim Spector and colleagues at Kings College London with health science company Zoe. They have the minimum of my data and are doing great research, currently trying to develop an online diagnostic tool for Covid-19. And this app is easy to use, it works and already has over 3.8m people contributing.

The article by Tom Peck about the “untrustworthy government“ echoes my sentiments entirely. I, like Mr Peck, absolutely do not trust our, and other, governments who have no qualms using our information to their advantage. And I’m afraid that the misuse of our data/information will only get worse.

Our government is struggling to keep the disenfranchised population in check and resort increasingly to use the internet to reduce or stop dissemination of information that promotes unrest. When governments lose control, people’s human rights are infringed and free speech is prevented. Boris Johnson and his incompetent cronies have completely lost the plot. They have absolutely misjudged the needs and mood of the electorate and are panicking as to what to do next.

Having not used Facebook or any other social platform and no intention of using them in the future I feel that I am not contributing to my own downfall. Except I do write to papers and organisations. Are the dark powers looking into my life?

Boris Johnson has vowed to stamp out racism. Is this the same Boris Johnson who, when editor of The Spectator, allowed the publication of a satirical poem calling the Scots “a verminous race” deserving of “comprehensive extermination”? Will he be stepping down? Will he even, at long last, apologise?

And perhaps the Labour Party, if it is to reclaim any ground in Scotland, might also rid itself of what I think is anti-Scottish feeling. Certain members of its shadow cabinet have publicly expressed belittling views. Will they be stepping down?

It appears our prime minister is still writing articles for the Telegraph and no doubt still being paid obscene amounts of money to do so. He obviously does not have enough things to keep him busy at the moment such as a pandemic killing over 40,000 people in this country and the Black Lives Matter protests. This prime minister is a complete and utter disgrace and totally incompetent, and I’m fairly sure history will show him in this light.

Sometimes the small communications matter, a word here or there. Boris Johnson referred in his column to “a sense of injustice” that BAME people feel. That word “sense” sums it up: the racism isn’t real, just sensed. He has uttered and written racist statements in the past as have many other Tory MPs.

This Racism Commission nonsense is just bandwagon-jumping to regain his lost popularity. Look at the late U-turn on free school vouchers and the NHS surcharge for the real Tory attitudes about inequality.

At least one person gets it

A big thank you to Graham Powell of Cirencester for his eloquent letter. He says so much of what I am sure many of your readers feel deeply and increasingly despairingly about today’s political leaders and their marionette-masters in No 10. Things are so bad that one wonders whether any of them would understand what Mr Powell is saying.

I fear the truth is that they are sufficiently intelligent to recognise the point but also gave up all that stuff about morality and standards many moons ago in pursuit of personal survival.

UK could lose right to share data with EU after Brexit, minister says

I won’t download the NHSX app. This government can’t be trusted

Tue Jun 16 , 2020
There are some expenses you plan for every month — your rent or mortgage, utilities, your cellphone bill, etc. — but there are also a lot of hidden expenses you’re paying for regularly that you might not be aware of. These little costs could quickly add up, whittling away at […] 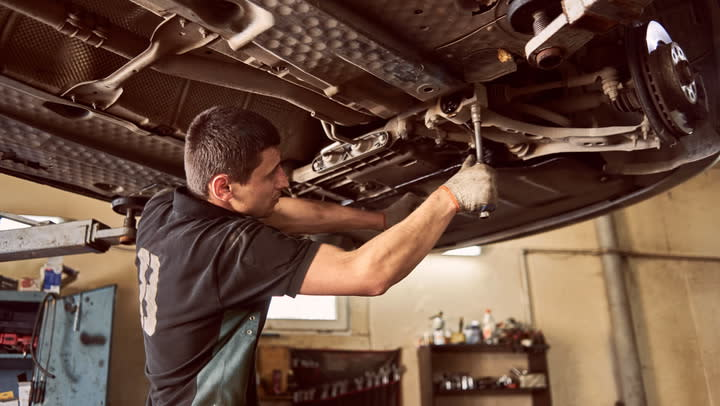