NUTLEY, N.J. – It began with a tweet of a police officer at a Black Lives Matter protest in June and a crude request to identify him. “If anyone knows who this b—h is, throw his info under this tweet,” the tweet read. Sitting home in Queens Village, New York, Georgana Sziszak […]

NUTLEY, N.J. – It began with a tweet of a police officer at a Black Lives Matter protest in June and a crude request to identify him.

Nearly one month later, Sziszak was issued a summons charging her with a felony: fourth-degree cyber harassment with the intent to harm or place a person in fear of harm, after retweeting the post, which has since been deleted.

“As a 20-year-old that simply retweeted a tweet to help my friend, I am now at risk of giving up my career, serving time and having a record,” Sziszak wrote on a GoFundMe page, which has raised more than $8,000 for her legal bills.

Sziszak is one of five people charged with cyber harassment as part of the case. The four others include Belleville resident Kevin Alfaro, 21, who acknowledged in an online fundraising campaign that he made the original tweet; and alleged retweeters Andrew J. Koslecki, 21, of Nutley; and Belleville residents Diana Ludizaca, 21 and Kamila Mikulec, 18.

The felony charges carry a maximum 18-month prison sentence and $10,000 fine. The cases have been referred to the Essex County Prosecutor’s Office, which declined comment. None has yet made an initial court appearance.

The summons filed against all five defendants alleges that Nutley Police Detective Peter “PJ” Sandomenico — the officer in the photo — “feared harm (would) come to himself, family and property” due to the tweet and retweets.

The case marks another signpost in what has been a spring and summer of conflict between Black Lives Matter protesters, their supporters and police, this one asking a court to draw a line between free speech and police accountability, and criminal harassment.

In New Jersey, New York, Portland, Oregon, and cities and states across the country, protesters and law enforcement continue to clash in the courts, with both sides alleging illegal conduct by the other, including excessive force by police and assault by protesters.

NJ protests:  No one should be ‘afraid of the police,’ says Manchester teen organizer

The Essex County charges are unusual in that they target conduct far apart from the street protests.

An attorney for Koslecki could not be reached, and Alfaro did not immediately respond to a message on his GoFundMe campaign, which has collected about $2,500 for his legal bills.

Attempts to reach Ludizaca and Mikulec via their social media profiles were not immediately successful.

Counter-protesters took to the streets and the two factions traded chants.

On his GoFundMe page, Alfaro explained why he made the original tweet, writing that he “uploaded a photo with the intent (of) identifying an officer wearing a ‘blue lives matter’ mask.” He added, without detailing any specific conduct, that the officer “was befriending” a counter-protester he described as a “blatant racist.”

On her own GoFundMe page, Sziszak said that in the post she saw, the police officer’s back was to the camera and his badge number wasn’t visible.

“I did not reply, did not say anything against this cop and had zero clue to who he was,” she said. “I simply retweeted because I feel that just as with anyone we should hold our officers accountable. The purpose of this tweet was to find out the officer’s information, to hold him accountable.”

In an email, Nutley police spokesman Detective Lt. Anthony Montanari said the case “remains under investigation which prevents me from providing any further details at this time.”

According to police reports filed by Nutley Detective Michael Rempusheski, “it was clear the Det. Sandomenico was acting in the capacity of a police officer (at the protest) as he was wearing a tactical vest with bright yellow lettering that said ‘Nutley Police.'”

The reports also state that Sandomenico “feared for the safety of his family and property” and that the retweets were “to intimidate him and make him fear for his well-being.”

The reports also detail how Rempusheski located each of the defendants, including Alfaro, who officers identified as being at the march, and Koslecki, identified by police as a leader of the Nutley for Black Lives group.

In order to identify Mikulec, Rempusheski said, Sandomenico “spoke with” the school resource officer and vice principal of Belleville High School, where she graduated from in June.

A fifth retweeter’s identity, under username @Spencerv25, also retweeted the post but Rempusheski was unable to identify the user.

He pointed to a 2017 ruling by the Third Circuit Court of Appeals, which held that the First Amendment allowed the public to photograph police. The case stemmed from incidents in which journalists were barred from photographing protester arrests.

“This is a generation that lives on social media — Instagram, Twitter, Facebook,” Peyrouton said. “They see something and mindlessly retweet it. How that rises to the level of a crime, I don’t know.

“I can’t speak to why the police officer felt his life or his family were in danger,” Peyrouton added.

Adam Scott Wandt, a professor at John Jay College of Criminal Justice, said police officers are just one class of public officials who have long sought for protection from having their personal information exposed out of fear of retribution.

“We have to pay attention to this. It was two weeks ago a federal judge’s family was shot up,” Wandt said. “Police officers are being attacked and hit with bottles, bricks and stones.”

But he added that the charges seemed like “a bit of a stretch.”

“If you’re going to charge somebody with a crime like this, you need both the criminal mind and the criminal act,” Wandt said. “(Alfaro) is not exactly asking for bodily harm. He’s not asking for a home address. Yeah, he’s using an expletive but that’s his right to do so.

He added: “I could think of perfectly legitimate reasons why he might do what he did.”

Alexander Shalom, senior supervising attorney with the American Civil Liberties Union of New Jersey, called the cases a dangerous “extension of criminal liability if someone who retweets something as innocuous as this is facing criminal charges.

“Insulting police over the Internet has not been nor will it be illegal,” Shalom said. “To the extent officers are using this charge, they better first understand what it does and does not prescribe because their expansion of it really goes into a violation of people’s right to protected speech.”

Shalom said that while there are ways in which doxxing — publishing sensitive personal information of someone publicly online — can be illegal, there must be an intent to cause physical or emotional harm, or make them fearful of harm, Shalom said.

He said he doesn’t believe there is any evidence of harm or intent to harm.

“To say ‘tell me who this b—h is’ could be so he could do something horrible or it could be because he wants to file an internal affairs complaint against this person,” he said. “Nothing is changed because the poster used the word ‘b—h.’”

Wandt pointed to a 2011 decision by the U.S. Supreme Court, which ruled that even “offensive” or “outrageous” language was protected by the First Amendment. The case stemmed from a lawsuit against the Westboro Baptist Church’s practice of protesting at military funerals.

Shalom noted similarities between the Nutley tweet and a 2017 case in which the Ewing Police Department charged 31-year-old Octavius Covington with cyber harassment after he posted online videos showing guns being fired at a police car.

A week later, a judge dismissed the case, calling the videos “speech that’s protected under the First Amendment.”

Peyrouton said Sziszak has been “frightened” and “bewildered” since she received the summons charging her with felony cyber harassment. She works as a pharmacy technician, Peyrouton said, and her license would be nullified if she’s convicted.

On her GoFundMe page, Sziszak wrote that she believes “retweeting a tweet asking for his information” has left her unfairly on the hook for thousands in legal bills.

“I feel afraid that I may have compromised my whole future based on something that I had believed was exercising my First Amendment right,” Sziszak said.

Mike Davis has spent the last decade covering New Jersey local news, marijuana legalization, transportation and basically whatever else is going on at any given moment. Contact him at [email protected] or @byMikeDavis on Twitter. 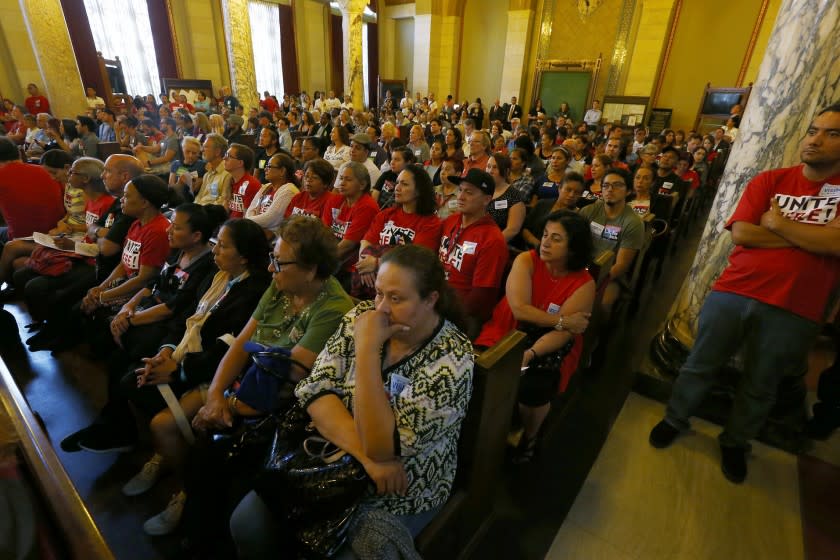