A logo for the popular video app TikTok, which is owned and operated by the Chinese company ByteDance. Reuters File Photo Microsoft is in talks to buy wildly popular video sharing platform TikTok from Chinese owner ByteDance, and the deal could go as high as $50 billion — the latest […]

Microsoft is in talks to buy wildly popular video sharing platform TikTok from Chinese owner ByteDance, and the deal could go as high as $50 billion — the latest valuation given to TikTok by its investors, according to a recent Reuters report.

That would make it the second-highest tech acquisition price of all time, well above the prices paid in dozens of major acquisitions.

Apple’s purchase of Beats in 2014 was a two-part play: For the Beats headphone lineup, and for foundational software that would eventually lead to Apple Music. It also led to a notorious (and hilarious) video of Dr. Dre celebrating the sale with his friend Tyrese that reportedly caused Apple to “freak out.”

Google’s purchase of Nest in 2014 was a strategic pickup in Google’s ongoing battle with Amazon in the smart home market. Nest’s widely used thermostat was an early hit in the smart home business, and the Google division has only expanded out its offerings since being acquired.

Through the acquisition of Jet.com in 2016, Walmart bolstered its online storefront and has become a major player in the ecommerce market. Though Jet.com itself has since shuttered, the talent and technology that came with it live on through Walmart’s online presence.

Just as AppDynamics was set to go public, the company was purchased at the eleventh hour by Cisco for $3.7 billion — an effort from Cisco to push further away from its hardware roots into the software and services business.

In 2007, former Microsoft CEO Steve Ballmer led an acquisition of a company named aQuantive worth over $6 billion. Though the purchase was intended to get Microsoft more deeply involved in the online advertising business, it ultimately led to a massive $6.2 billion writedown.

Relatively unknown prior to being purchased by Salesforce, MuleSoft has become a major part of the cloud giant’s portfolio. The standout service provided by MuleSoft is named Anypoint, and it enables Salesforce developers to make disparate app work together. It was the first of two major acquisitions Salesforce made in the last few years.

Among the many acquisitions made under the leadership of former Microsoft CEO Steve Ballmer, the purchase of Nokia for $7.2 billion was among the least successful. Less than two years after the purchase, Microsoft’s new CEO Satya Nadella took a $7.6 billion writedown in financials and laid off nearly 8,000 Nokia employees.

Oracle’s purchase of Sun Microsystems was very specific: To own the rights to the Java programming language. Those rights would eventually lead to an ongoing legal battle with Google. For Sun Microsystems, which was in decline and saddled with loads of debt at the time, an acquisition was a lifeline.

For Microsoft, a company founded by computer programmers, the acquisition of GitHub makes a lot of sense: It offers a direct path for the massive network of computer-minded GitHub users into Microsoft’s large ecosystem. It also offers a potential pipeline for some of the world’s most computer savvy folks to work at Microsoft.

For years, before Google Hangouts and Zoom chats offered other options, Microsoft-owned Skype was the de fact video chat software. Things have changed over time, of course, but Microsoft’s 2011 purchase of Skype was a strategic move into consumer communications software that has continued to pay off: The video chat software is always a marquee example of how a new Microsoft device might work

Oracle’s acquisition of PeopleSoft is a notoriously contentious story. “It was an 18-month hostile takeover,” senior executive Aneel Bhusri told Business Insider back in 2011.

PeopleSoft offered software-based human resources solutions for companies and schools, and its products are still offered by its current parent company, Oracle.

When NXP, one of the lesser-known computer chip manufacturers, purchased Freescale in 2015, the deal cemented NXP as a dominant force in the silicon market.

Though Google continues to produce and sell smartphones under its Pixel line, the company used to make smartphones in collaboration with Motorola (and other handset makers). That relationship eventually turned into an outright acquisition, though another critical aspect of the purchase wasn’t said out loud: Patents.

Symantec’s purchase of Veritas Technologies, like so many tech acquisitions, was a measure of expansion and solidification. Veritas offered information management solutions. Symantec and Veritas split in 2014, and it is a private company once again.

Amazon’s purchase of Whole Foods was the first major push into bricks-and-mortar retail from the ecommerce giant and was largely intended as an expansion of Amazon’s annual subscription service Amazon Prime. Prime users get discounts in the store, and Amazon products like the Echo are advertised alongside apples and bananas.

As technology companies jockey for position in the race to create self-driving software, companies like Intel are paying billions for startups like MobileEye with proven tech. In the case of Intel’s MobileEye, the goal is a “robo-taxi” rather than implementing the tech in consumer cars.

In another major Salesforce acquisition, the tech giant purchased Tableau last year for nearly $16 billion. It’s the latest purchase in Salesforce’s ongoing plan to strategically acquire companies that can help Salesforce grow. In the case of Tableau, Salesforce got a data analytics and visualization platform with over 86,000 customers.

Walmart’s big bet on Flipkart is all about international expansion: Flipkart serves the Indian market, and with the acquisition, Walmart now has a major foothold in the region. It’s also a critical step in Walmart’s ongoing push into ecommerce, as Flipkart is an online-based retailer.

Nokia’s purchase of Alcatel-Lucent was positioned as a means of expanding its network technology business in the wake of its mobile phone business being sold to Microsoft. The purchase has enabled Nokia to become one of several major players in the move to 5G wireless networks.

Facebook’s purchase of WhatsApp in 2014, though wildly expensive, enabled Facebook to instantly expand its reach by tens of millions of people. Despite its connection to Facebook, like Instagram, WhatsApp remains popular around the world.

Hewlett-Packard bought Compaq in 2001 for $25 billion.

In a piece published in 2016 by ZDNet titled “Worst tech mergers and acquisitions,” the $25 billion purchase of Compaq by Hewlett-Packard is ranked number one on that list. Why? Not only did it eventually lead to a massive downturn at the company, but its failure was forewarned by several major stakeholders — including the son of the company’s cofounder, Walter Hewlett.

The acquisition of LinkedIn is part of the new era of Microsoft acquisitions, where companies are intentionally left to operate relatively autonomously. To that end, LinkedIn has remained relatively unchanged since its purchase back in 2016 for $26.2 billion.

Of note: LinkedIn is Microsoft’s most expensive acquisition of all time, and anything above that paid for TikTok would instantly make it the new most expensive purchase.

SoftBank’s purchase of ARM could become an investment — the latest news is that NVIDIA is reportedly looking at a purchase of ARM from SoftBank which would assuredly be north of the $31 billion SoftBank paid back in 2016.

IBM’s purchase of Red Hat took a variety of popular software and instantly collected it under IBM’s umbrella: From Red Hat Enterprise Linux to Red Hat Virtualization. As part of the $32 billion deal, Red Hat products are now a part of IBM Cloud.

Never heard of Avago? How about Broadcom? Though both companies are massive, they’re also both relatively unknown. That’s because they’re responsible for the infrastructure and technology inside of many products made by other companies, from cable modems to the chips powering Ethernet switches.

By far the most expensive acquisition of all time continues to be Dell’s $67 billion purchase of EMC Corporation in 2015.

“We’re continuing to evolve the company into the most relevant areas where I.T. is moving,” Dell president Michael Dell told the New York Times in a 2015 interview. “This deal just accelerates that.” Combining Dell’s offerings with EMC allowed Dell to push further into corporate computing services, and it allowed EMC to escape pressure from investors to stem ongoing business declines.

Got a tip? Contact Business Insider senior correspondent Ben Gilbert via email ([email protected]), or Twitter DM (@realbengilbert). We can keep sources anonymous. Use a non-work device to reach out. PR pitches by email only, please.

Tue Aug 4 , 2020
Judge Esther Salas’ son was killed on July 19 by a man who was posing as a FedEx delivery driver. Screenshot/YouTube Esther Salas, a US federal judge, released a video on Monday concerning the July 19 killing of her son. “Two weeks ago, my life as I knew it changed […] 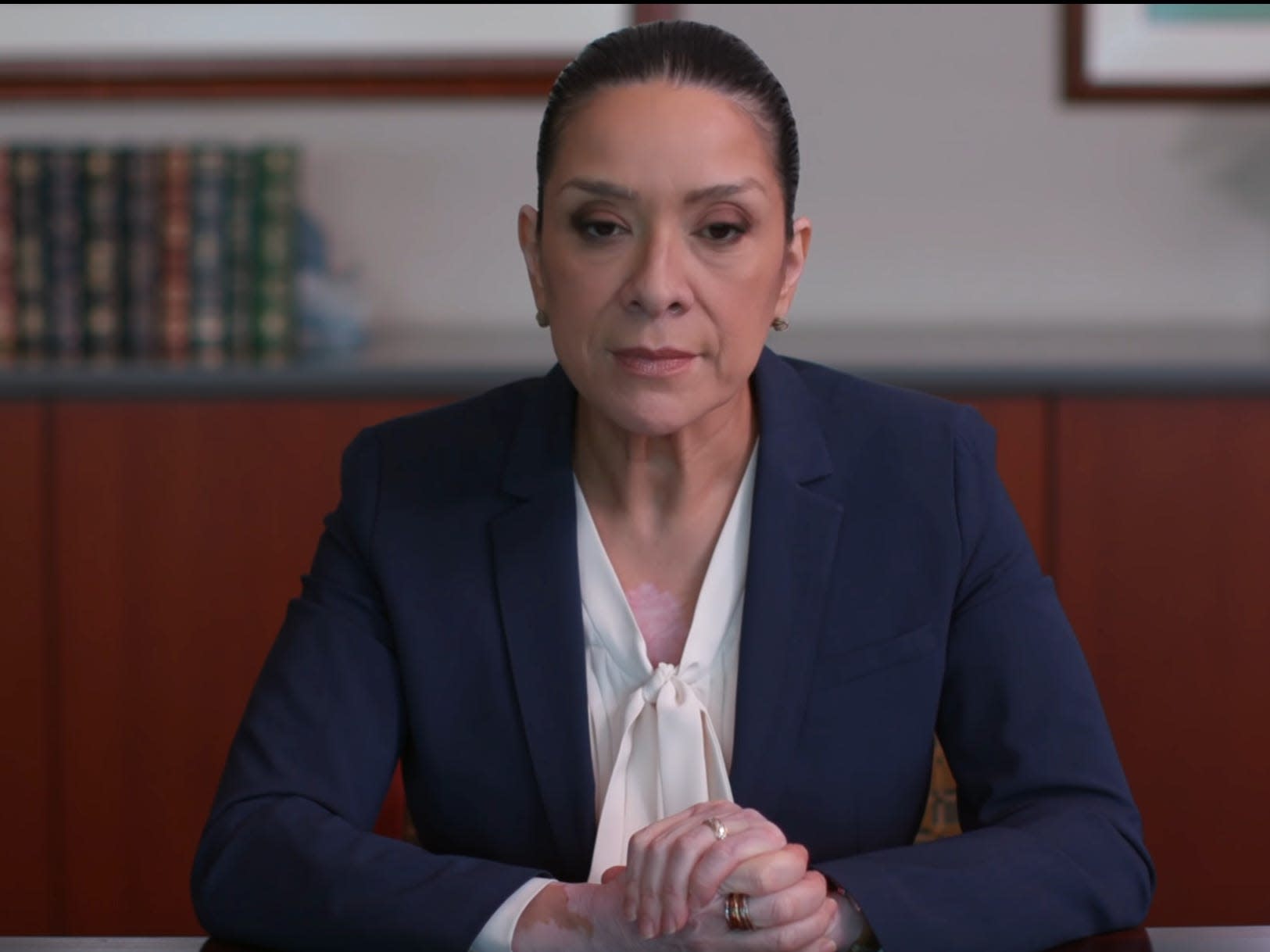