It is perhaps the most common piece of advice given to musicians who are starting to navigate the industry: Hire a lawyer. Inequitable record deals have long plagued unwitting artists, luring them in with piles of cash (that they likely have to make back) and promises of superstardom (that rarely […]

It is perhaps the most common piece of advice given to musicians who are starting to navigate the industry: Hire a lawyer. Inequitable record deals have long plagued unwitting artists, luring them in with piles of cash (that they likely have to make back) and promises of superstardom (that rarely pan out). And as streaming continues to upend how the recorded music industry functions at large, even the most successful acts in the world are beginning to publicly re-examine what passes for a standard record deal in 2020—and if they’re worth signing at all.

Enter the Record Deal Simulator. The new online tool, which is specifically aimed at unsigned acts, allows users to input information like the value of a hypothetical recoupable cash advance given at the beginning of a typical deal, the percentage split of royalties between artists and a label, and recording costs. Then the site does the math and spits out estimates for the number of streams an artist would need to break even, as well as the amount of money a record label would have likely already made by that point—the sort of calculations that might have previously required a few billable hours on the phone with an attorney.

Even a cursory tinkering with the simulator—which doesn’t yet account for contractual intricacies like term lengths, bonuses, or release commitments—might widen your eyes. According to the tool, a solo artist whose contract entitles them to a respectable 20 percent of their royalties and who’s taken a $1 million advance would still need to rack up 1 billion streams before ever seeing a cent of royalties.

Since royalty rates for streams are so low—widely understood to currently be around $0.00318 per stream, in Spotify’s case—even an artist with a smaller advance and a larger share of their royalties would need many, many streams to break even. A hypothetical band with a $5,000 advance in a net-profit deal, in which the label won’t make any money until the artist does, would have to have their songs streamed 1 million times before they would begin to see royalties, according to the simulator.

To take a real-world, albeit pre-streaming, example: Thanks to Kanye West’s recent publishing of his Universal Music Group contracts, we know that the 2005 deal for his second album, Late Registration, saw him take a $3.2 million advance with a 14-18 percent royalty rate. When you plug in those terms into the simulator, it shows that Kanye would need 3.6 billion streams before he could ever see a dime in royalties if he were to take the same deal in 2020. By the simulator’s estimates, this hypothetical deal would have made UMG over $11 million in net profit by the time Kanye hit enough streams to start earning royalties.

“Humans aren’t computers, so it’s sometimes challenging to visualize all the data,” says Grimes and BloodPop® manager Daouda Leonard, whose company, CreateSafe, released the Record Deal Simulator. “People can talk about numbers, but once you see it in a simplified way, you go: ‘Wow, OK, cool. Now I’ve got to think about this art I’m making a little bit differently.’ As the scale of streaming continues to grow, people have to adapt. No one should ever be ashamed of taking a $10,000 deal, but they shouldn’t need to sign their life away for it.”

Leonard, who got his start in the music business in the late-aughts managing the career of rap DJ and producer Clinton Sparks, explains that Record Deal Simulator started life as a complicated Excel spreadsheet that he used to keep track of his various artists’ projects and deal terms, along with his management company’s prospects as a whole. Having that data collated in one place allowed him to make more confident business decisions, and he was soon using the spreadsheet as the backbone of his work.

Industry professionals have already found the simulator genuinely useful in mapping out the hypothetical big-picture outcomes of certain deal terms. Jacob Snell, whose Monster Artist Management oversees indie rock acts including Cloud Nothings and Hatchie, notes that it is particularly beneficial for artists who have already captured some buzz on their own and have an understanding of the income they can bring in without a label’s help. “If you’ve got some heat on you, you can be offered deals that aren’t in your best interests,” he says. “Not because they’re below what the artist is worth, but because they’re worth too much.” For instance, an artist might be dazzled into taking in advance that is far larger than they’ll realistically be able to recoup.

Being able to visualize even the general projections of a potential deal could give artists the ability to negotiate better terms for themselves. The tool also highlights the importance of finding good label partners, regardless of scale. “It’s amazing to be able to see exactly what you’re worth and go in with a label and have the same expectations,” Snell says. “You can establish what success means for both parties and work collectively instead of allowing the label to just say, ‘Here’s a bunch of money, we’ll take care of everything.’”

Along with Record Deal Simulator, CreateSafe is also working on a similar tool for publishing and a more robust technology suite for artists and managers called Create/OS. Talking about how these tools could further edify unsigned acts, Leonard cites the rapid growth of master revenue generated by musicians who own their own copyright. With additional data available at their fingertips, more artists may reconsider whether or not a traditional record label is right for them in the first place.

For CreateSafe president and artist manager Jon Tanners, the main draw of these programs is their ability to level the playing field for artists in a business that can end up dictating their creative lives. “A lot of people are asking questions about the music industry right now, but they don’t have a lot of transparency,” he says. “A big part of building the Record Deal Simulator was giving artists the ability to make a calculus about a deal very quickly so that their decisions will be rooted in what they want to achieve—and what they’re willing to give up to achieve it.”

9 ways to protect your finances from the new COVID lockdowns

Mon Nov 16 , 2020
9 ways to protect your finances from the new COVID lockdowns The latest wave of coronavirus in the U.S. is proving to be the worst one yet, with 1 million new cases reported nationwide in just the last week and about 1,000 Americans dying every day. Officials are fighting back […] 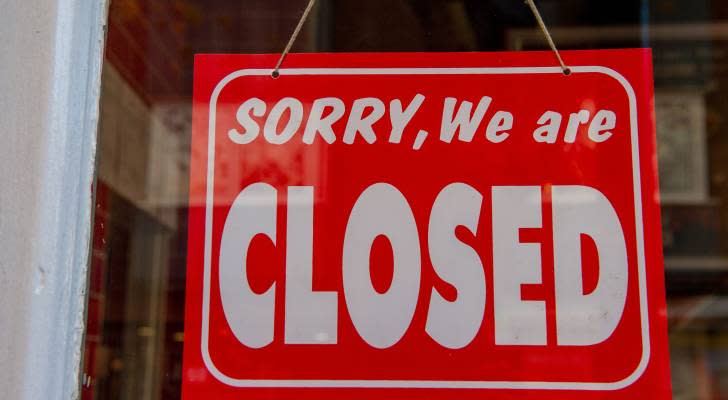