Ivan Mirabelli cruised through Westwood Hills, past manicured lawn, big houses and scattered laborers keeping his well-off neighborhood’s appearance up, even in a pandemic.

Besides short walks and a few outdoor meetups, Mirabelli said he’s holed up at home. His job in finance — typically travel heavy, but now fully online — gives him that flexibility.

“I don’t want to get sick,” said Mirabelli, 34, who called the adaptability of his gig a privilege. “I don’t have to make the tradeoff between my job and my safety.”

But not all jobs changed with the coronavirus. Along the district’s rolling streets, people delivered packages, painted walls and pruned trees. “It’s like any other day. … It seems pretty normal,” said Jose Ochoa, 28, who was landscaping a few blocks over.

For workers, the attitude is “more like, ‘nothing’s going to really happen to me,’ because we have to do it either way,” Ochoa said. “People from here, they’re more cautious.”

Five months into the pandemic, the coronavirus has preyed upon the fault lines of American society to expand inequities. Economic fallout hits poorer Californians hardest, and infection and death rates among Latino and Black communities tower over those in white communities, where more have the means to stay home.

A remarkable role reversal in mobility emerges as a product and producer of that growing disparity.

Social distancing varies by income, a new study published by UC Davis to the National Academy of Sciences shows. America’s wealthiest, who are typically the country’s most mobile, became its most stationary as the coronavirus spread, while poorer people went from the most inert to the biggest movers.

“People in poor areas may be at more risk of infection because they are social distancing less,” economist Joakim Weill said.

Wealthier people became the least mobile because they can adapt their work and consumption, said Michael Springborn, a UC Davis professor who worked with Weill and studies environmental and resource economics.

“Flexibility almost certainly increases with your level of income. … The more income you have, the more flexibility you have,” Springborn said. “Lower-income communities tend to have jobs that are typically considered essential work and lend themselves less to work from home.”

“They may have less liquidity and less cash on hand, and that may force them to do more trips to buy groceries, for instance,” Weill added.

The economists identified the trend after splitting America’s counties and census tracts into five different income groups based on median income. Using mobile location data, they then compared income to the mobility of people living within each area. The results show a stark difference between upper-class and working people.

“There’s a massive jump as you get to that final category,” Springborn said, referring to the elevated percentage of people staying completely at home in America’s wealthiest census tracts, where median income sits between $40,500 and $148,000. Among the three poorest quintiles, the measure of people staying completely at home bunches together at a rate nearly a fifth smaller than the richest group’s, representing a large, mobile working class.

“It’s a reflection of the distribution of income level in the United States. You have a lot of people earning a relatively low or modest amount, and then a much smaller amount of communities that are really, really far out on the high end,” Springborn said. Non-wealthy people’s increased coronavirus exposure fits alongside their higher rates of preexisting health conditions and decreased access to quality healthcare, Springborn said.

“It’s becoming clear from various lines of evidence that poor communities are bearing a disproportionate share of the burden of the pandemic,” he said.

“You couldn’t even get a test unless you’d been traveling. You need to have been in China or have been in Italy. I had a sense, like, this is going to happen … this thing’s going to spread into our communities,” the born East-sider said. Skyrocketing mortality rates for Latino and Black Angelenos prove her expectations turned true, she said. The coronavirus ravaged poor communities while slowing in wealthier ones.

Poor households — often facing eviction, food shortage and more unmet needs — don’t have the flexibility to choose safety over money, so they have to go out and face exposure, Cabildo said.

“If they’re lucky enough to have a family member that’s working, they’re out working,” she said. “The consequence of that is people come into contact with many more people.” That increased exposure combines with other factors, like higher home density, to devastate poor Latino and Black households in Los Angeles, she said.

“We owe something to these workers, who are moving L.A. forward so that the rest of us can shelter in place. We have to respond with resources in those communities that are most severely impacted,” she said.

Springborn and Weill, whose research team also included academics from UC Santa Barbara and Stanford, said their findings should inform policy decisions too.

“These type of findings should urge them to really consider prioritizing lower communities in the distribution of vaccines,” Weill said. Worker protections, information campaigns and masks could also be targeted toward poorer communities, they added.

Back in the Westwood Hills, a driver parked his sleek gray van on the side of the road and got out to deliver a package. He said his name was Matt, and paused for a second as he tried to figure out how to get past a house’s metal gate.

The sun beamed. Matt was sweaty. He said that even though he’s not worried about contracting the coronavirus, he understands that flexibility comes with higher income — flexibility that would allow him to quit his grueling delivery job where “everyone walks around like a zombie,” and maybe move back across the country to live by family again.

Summer’s Over So I’m Tightening Up Our Quarantine Boundaries

Sun Aug 23 , 2020
Ask Scary Mommy is Scary Mommy’s new advice column, where our team of “experts” answers all the questions you have about life, love, body image, friends, parenting, and anything else that’s confusing you. This week… How can you let everyone in your family know that things are tightening back up […] 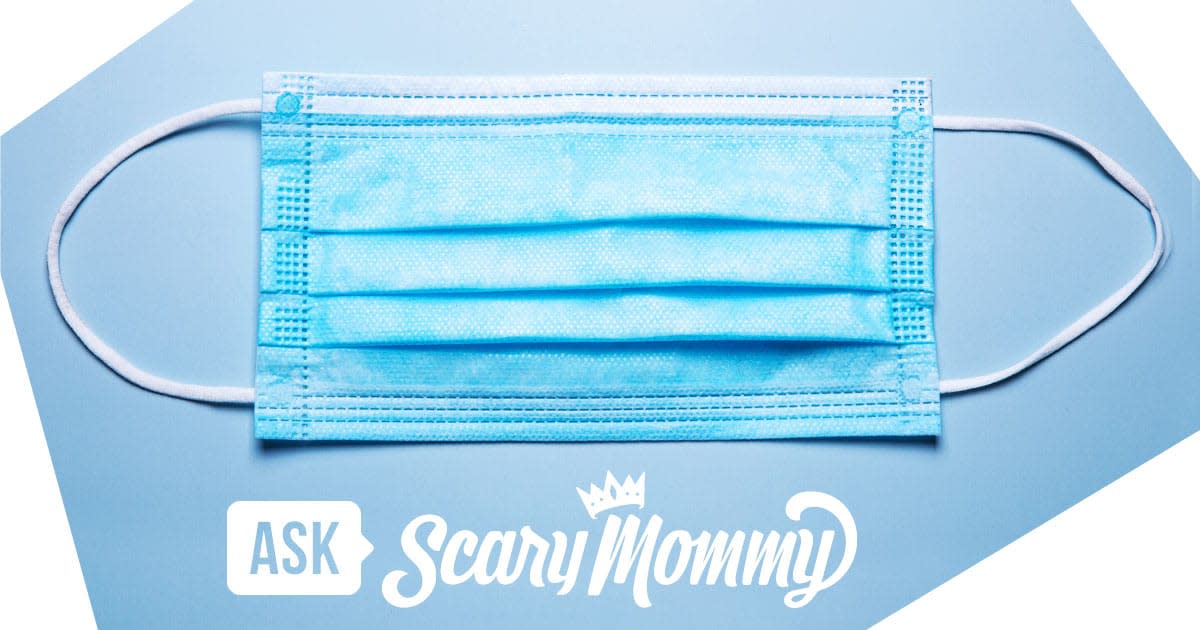