(Bloomberg) — For the past three decades, Vietnam has known only good — or great — economic news. The nation’s consistent growth as an exporter, propelled by Communist leaders who began embracing market-oriented policies in the late 1980s, pushed many into the middle class. The coronavirus pandemic changed all that. […]

(Bloomberg) — For the past three decades, Vietnam has known only good — or great — economic news. The nation’s consistent growth as an exporter, propelled by Communist leaders who began embracing market-oriented policies in the late 1980s, pushed many into the middle class.

The coronavirus pandemic changed all that. With garment companies seeing orders slashed and other sectors hit with sudden export declines, Vietnam’s workers are enduring the downside of being tethered to the global economy. The economic slowdown in the U.S. and other markets Vietnam depends on for growth is being felt on the streets of Ho Chi Minh City and Hanoi, as well as in villages and tourist centers.

Le Thi Hoa, who sells pineapple and mango slices outside Ho Chi Minh City’s Ben Thanh Market in the heart of the commercial hub, is among those wondering where the good times have gone.

“Now people don’t go out,” said Hoa, 55, wearing a face mask and sitting on a plastic chair next to fruit baskets in front of a closed seafood restaurant. “I can only sell about a third of what I did before the epidemic.”

Vietnam has been one of globalization’s stars, transforming itself from a largely agricultural economy to a manufacturing powerhouse within the span of a few decades. With exports equivalent to the size of its GDP, Vietnam has seen its economy grow as fast at 7.02% in 2019. Now it’s bracing for the slowest growth in two decades, of 2.4% this year. During the second quarter, it expanded by just 0.36% from a year earlier.

“Vietnam has experienced a tsunami of good news over the past 30 years,” said Ralf Matthaes, managing director of Infocus Mekong Research, who has lived in the country since 1994. “This is the first time since joining the global economic community two decades ago that Vietnam is experiencing a significant economic downturn.”

The abrupt slump highlights the sweep of the epidemic’s financial fallout and how even countries that have been relatively successful in containing the virus are unable to avoid its economic afflictions. Such economies won’t be able to return to business as usual until the rest of the world does.

“It’s likely to be quite bumpy,” said Sian Fenner, a Singapore-based economist at Oxford Economics, which forecasts an 8% contraction in global trade for 2020. “Countries that are export-oriented will remain vulnerable.”

In April, Vietnam’s exports plummeted 14% from a year earlier, followed by a drop of 12.4% in May as global commerce came to a standstill, according to the Department of Vietnam Customs. For the seven months through July, exports rose just 1.5% compared with 8% in the same period last year.

Vietnam’s leaders, though, show no signs of reversing economic course after signing more than a dozen trade agreements in recent years and making the nation a magnet for foreign investment.

The government, grappling with an outbreak in the coastal city of Danang that has spread to 14 provinces and cities, has garnered international respect for its virus containment. Until July 31, the country hadn’t reported a single infection death. It confirmed 1,029 virus cases and 28 deaths as of Aug. 26 as officials employ tough anti-virus measures, while allowing manufacturing businesses to stay open.

Though Vietnam is in better shape than other economies in Asia, where the virus has been far more deadly and disruptive, its reliance on foreign markets and a growing tourism industry have given its residents a lesson in global volatility.

In recent years, Vietnam has become a key cog in the global supply chain. It has opened factories for companies including Intel Corp., Samsung Electronics Co. and LG Electronics Inc., as well as solar panel makers and garment producers. Vietnam’s exports in 2019 reached $264.3 billion — a fourfold jump since 2008. Average annual salaries rose from $1,154 to about $2,800 in that period, according to government data.

The pace of Vietnam’s shipments to the U.S., its largest market representing about 23% of exports in 2019, slowed in the first half of 2020 compared with the same period last year. The government reported a 14.6% increase in exports to the U.S., about half the rate of shipment growth in 2019.

Many of the sectors that have been hard hit, such as garments and textiles, employ millions of low-skilled workers. Samsung’s Vietnam unit, whose electronics products represented about 20% of the country’s total exports last year, revised its 2020 exports forecast to $45.5 billion, a $13.5 billion drop from 2019, according to the industry and trade ministry.

Meanwhile, the tourism industry, which represents about 9% of the economy, had a 55.4% revenue drop during the first seven months of the year. Given the pounding to the manufacturing and hospitality industries, almost a third of the population — 31 million workers — endured a financial fallout during the second quarter.

Consumers kept more money in their wallets during the second quarter, becoming the world’s most avid savers and ranking job security as the top concern, according to Nielsen Vietnam. Still, their historic optimism could lead to a relatively quick return to normal consumption once the pandemic ends, said Nguyen Anh Dzung, head of retail measurement services.

With millions of assembly-line employees out of work, some local governments worry about the potential for social unrest, said Fred Burke, managing partner at the Baker McKenzie law firm in Ho Chi Minh City. He recalled that Minister of Planning and Investment Nguyen Chi Dung recently pleaded with Vietnam Business Forum members not to fire their workers but to hold on to them as long as they could.

Given the disruptions, consumer confidence is at its lowest point in 25 years, according to Infocus Mekong Research. Two-thirds of Vietnamese residents are deferring or deciding not to make big purchases. And 63% of Vietnamese are considering taking out loans as they seek financial lifeboats, the research firm said.

“Everyone is saving and we don’t go out so much,” said Bui Viet Nam, a 34-year-old executive with a Ho Chi Minh City garment manufacturer. “Incomes are going down and people are thinking about ways to earn more money through selling things online or getting a second part-time job. It’s a new world.”

(Updates with comments from Nielsen Vietnam in second paragraph under Tourism Woes sub-headline.)

bloomberg.com” data-reactid=”59″>For more articles like this, please visit us at bloomberg.com

What Is a Business Line of Credit?

Wed Aug 26 , 2020
Business owners take out a line of credit More How Business Lines of Credit Work The cap on a business line of credit is usually lower than the amount it could borrow with a term loan. Interest rates are also usually higher than term loans. These differences are to reflect […] 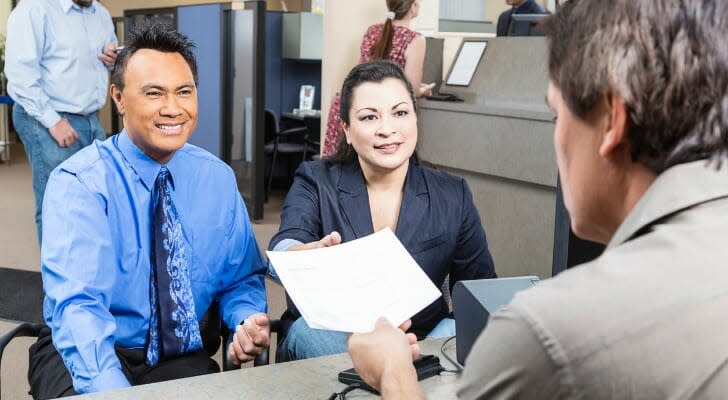