Once a retailer, always a retailer. Tom Ott, who exited Saks Fifth Avenue last year after a 24-year career, has been working since that time as an adviser to a variety of brands, including Robert Talbott and Nicestuff Clothing. But on Sept. 3, he’s going back into the retail business […]

Tom Ott, who exited Saks Fifth Avenue last year after a 24-year career, has been working since that time as an adviser to a variety of brands, including Robert Talbott and Nicestuff Clothing. But on Sept. 3, he’s going back into the retail business with several of his former Saks colleagues with an e-commerce fashion boutique.

Called Retail Czar, the business is intended to be a “New York specialty store online,” Ott said. It is “inspired by the sense of wonder and discovery at the world’s greatest retail and e-tail stores, markets and bazaars,” and will sell men’s and women’s apparel and accessories, footwear, jewelry, beauty and wellness products, as well as home and gifts. The site will launch with 40 brands that Ott described as “artisan vendors” with limited distribution. He declined to name the labels at this point, saying he preferred to keep them under wraps until the launch.

“We’re coming at it from a merchandisers’ perspective,” he explained. “We’re not about fashion and trend. With all the big guys just trying to stay alive, who’s finding special merchandise today? With the loss of Barneys, Jeffreys and Opening Ceremony, we thought there was an opportunity.”

Ott said he started to work on the idea last November, and then the coronavirus hit. But rather than viewing the pandemic as a disadvantage, Ott said it opened doors that might otherwise have stayed closed. With so many retail businesses shuttering and merchants being let go, he saw a white space.

The launch team consists of 12 people, all but one of whom worked with him at Saks. They include Sean Pean, who is in charge of men’s wear; Alyson Araque, who will oversee women’s ready-to-wear and activewear; Merrill Hollander, who is in charge of beauty, shoes and women’s accessories and handbags, and Lisa Zampardi, who will oversee home. Retail Czar also brought Roger Cohen, the former head of Corneliani and a neighbor of Ott’s in Westchester, on board as an adviser, and Ott’s daughter is interning for the company.

“We have everyone from a teenager to people in their 70s involved,” he said.

The pandemic also allowed Ott to obtain a government loan to launch the business, which he is combining with his own personal funds to bankroll the business.

“Without COVID, this wouldn’t have been possible,” he said. And none of the team is making any money until the site starts producing sales, he said, so they’re “more motivated to make this happen. But we feel really confident.”

In addition to selling product, Retail Czar will offer editorial content, videos, digital trunk shows, contests and events that “aim to bring a smile to our customers’ faces and the best fashion to their lifestyle,” he said.

Ott said that if the site is successful, the team will consider opening a physical store in the future, but that’s down the road.

He plans to retain his consulting business, Retail and Fashion Solutions, and continue to work with Robert Talbott and other brands. Next up for that business is an initiative to help specialty stores create viable digital businesses. “It’s as hard to operate a digital business as a brick-and-mortar business, but they’re significantly different,” he said.

Ott said that since leaving Saks, where he had served most recently as chief merchant for Off Fifth and Gilt, he is energized by changing landscape. “I feel like I’m 25 again,” he said. “I’m working until 10 at night, but the business is changing like never before and we’re poised for the future.”

Thu Aug 20 , 2020
The love never died, with his John Wick franchise receiving acclaim — and his show-stealing performance in Toy Story 4. Now comes Bill & Ted Face the Music, reteaming Reeves with co-star Alex Winter as the totally awesome duo last seen on screen in the early 1990s. Despite being in […] 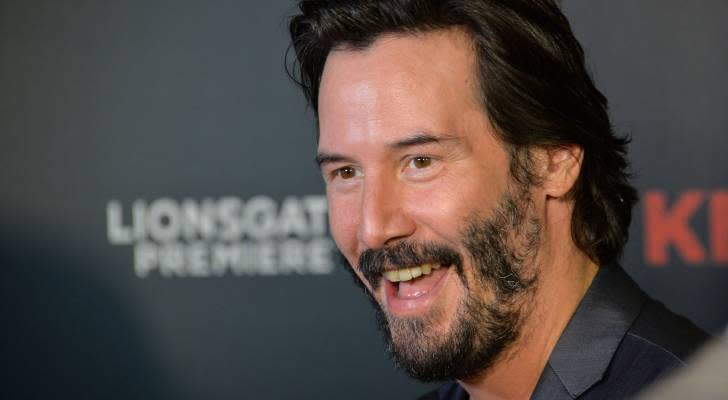