Tony Hsieh always fantasized about making money. As a kid, he did garage sales, sold custom buttons, took on a paper route and, after he quit that job, started his own newsletter. Hsieh went on to much bigger undertakings and left an especially big mark on his adopted hometown of […]

As a kid, he did garage sales, sold custom buttons, took on a paper route and, after he quit that job, started his own newsletter.

Hsieh went on to much bigger undertakings and left an especially big mark on his adopted hometown of Las Vegas.

Hsieh, the former chief executive of online shoe seller Zappos, died Friday at age 46 from injuries sustained in a house fire. He had been in Connecticut with his brother and died more than a week after he was taken to a hospital in New London in the early hours of Nov. 18, according to Megan Fazio, spokeswoman for Hsieh’s side venture DTP Companies.

At 8 p.m. Saturday, a five-minute tribute to Hsieh was displayed on the canopy of the Fremont Street Experience in downtown Las Vegas. It featured the Eric Clapton song “Tears in Heaven,” pictures of Hsieh and inspirational quotes such as “When you walk with purpose, you collide with destiny.”

Outside Circa, dozens of people wearing masks stood gazing up at the screen and shedding a tear for Hsieh.

Circa owner Derek Stevens said it was a sad day for Las Vegas, and even more so for America.

“We never got to see Act 2,” Stevens said after the tribute.

New London firefighters Local 1522 tweeted at 1:48 a.m. on Nov. 18 that units had responded to a fire at 500 Pequot Ave. and that one person had been “rescued and transported to the hospital.”

Mayor Michael Passero told the Review-Journal in an email Saturday that an investigation of the fire is “still ongoing, and the city does not comment on matters under investigation.”

New London Fire Chief Thomas Curcio, who could not be reached for comment Saturday by the Review-Journal, told the Hartford Courant that there was only one fire with injuries on Nov. 18, at a home at 500 Pequot Ave. Curcio declined to release the identity of the person injured in that blaze, the paper reported.

Fazio could not confirm the address where Hsieh was injured. Efforts to speak with Hsieh’s family on Saturday were unsuccessful.

Hsieh had been the face of downtown Las Vegas’ revival and was a dominant property owner in the area. He moved Zappos from a suburban Henderson office park to the former Las Vegas City Hall in 2013 and launched the side venture, then called Downtown Project, in 2012 to put $350 million into real estate, restaurants, tech startups and other ventures in the Fremont Street area.

Its projects included the open-air retail complex Downtown Container Park and the Fremont9 apartment complex, which was developed in partnership with the Wolff Co., of Arizona.

Hsieh was known for his approach to operations at Zappos, where he strived to cultivate a quirky workplace and focused on delivering top-notch customer service. He also had an unconventional lifestyle, living in an Airstream trailer in downtown Las Vegas.

Downtown business owners said Saturday that they were shocked to hear of Hsieh’s death.

“He’s a chef’s dream,” Lemperle said while sitting on his restaurant’s patio. “He let me follow exactly what I wanted to do and was able to fund me.”

Lemperle said he had met Hsieh only a few times but was “forever grateful” for the role that the tech mogul played in his business. When Hsieh would stop to eat at VegeNation, he would order the Downtown Tony, a portobello mushroom slider dish that Lemperle named after his backer.

“I just hope that I can pass down his legacy and be a positive influence to downtown,” Lemperle said as his eyes teared up behind his face mask.

Tom Kroplinksi, co-owner of the Art Box in Downtown Container Park, sells items from local artists and said he was thankful for the opportunities that Hsieh gave to small-business owners like him.

“I teared up actually; I’ve only done that for a few people,” Kroplinksi said. “I thought about how much he had brought to the area and how kind he was.”

‘Freedom to do whatever I wanted’

Hsieh was born in 1973 in Illinois to Taiwanese immigrants and moved to Marin County, California, just north of San Francisco across the Golden Gate Bridge, when he was 5 years old because of his dad’s new job, he wrote in his 2010 book, “Delivering Happiness.”

His dad was a chemical engineer for Chevron, his mom was a social worker, and he had two younger brothers, Andy and David.

Hsieh outlined his early entrepreneurial endeavors in the book.

“I always fantasized about making money, because to me, money meant that later on in life I would have the freedom to do whatever I wanted,” he wrote.

Hsieh went to Harvard, and in 1998, when he reportedly was just 24, he sold online marketing firm LinkExchange to Microsoft Corp. for $265 million in stock.

Nick Swinmurn launched Zappos in 1999 — it was originally ShoeSite.com — and Hsieh soon invested in the startup. They ran the company together for a period, and in 2004, Zappos moved from San Francisco to Henderson to better build its customer service operations.

In 2009, Hsieh, by then top boss, sold Zappos to e-commerce giant Amazon in a deal valued at about $1.2 billion.

Hsieh retired from Zappos and was replaced as its chief executive in August without a formal announcement from the company he had led for two decades, after he embarked on a homebuying binge in the wealthy ski town of Park City, Utah.

As of August, he had purchased at least eight homes in Park City this year, including a 17,350-square-foot mansion with a sports court, private lake and horseback riding corral.

A petition was started Saturday to change a downtown Las Vegas street’s name in honor of Hsieh.

“The downtown area of Las Vegas has undergone a transformation in the past decade that has been a beacon of hope in our community and has made Las Vegas, in many ways, easier to call home. This metamorphosis is mostly due to the efforts of Tony, who’s vision for the cultural transformation of Las Vegas spread over 20 square blocks to make downtown Las Vegas a safer, more beautiful, and more desirable place to live,” campaign creator Johnny Moscow wrote.

Moscow wrote that he chose Sixth Street because it crosses Fremont Street, which he said shows Hsieh’s greatest impact in the area.

Supporting Black owned business during and after Small Business Saturday

Sun Nov 29 , 2020
FERNDALE, Mich. – Growing up, Shannon Reaves had a passion for helping people pamper themselves.  “It was a hobby of my mom’s, initially,” Reaves said. “So, she learned to make soaps and lotions and I just got so into it.” Reaves passion turned into a small business called “Bath Savvy.” […] 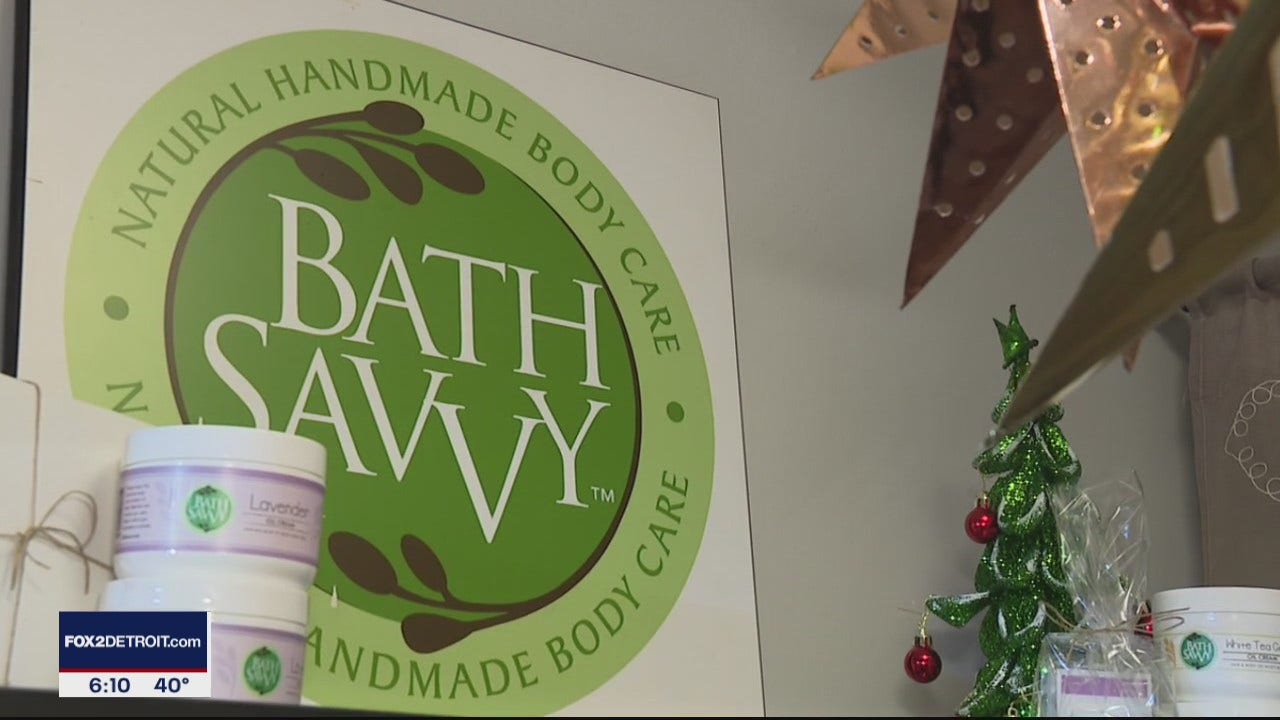