Commuters wait to board a London Midland train at Tile Hill train station in Coventry. Photo: PA Here are the top business, market, and economic stories you should be watching today in the UK, Europe, and abroad: Trainline ticket sales dive The COVID-19 lockdown hit ticket sales at train booking […]

The COVID-19 lockdown hit ticket sales at train booking app Trainline (TRN.L) hard in the first half of the year, the company said on Thursday.

Trainline said UK train ticket sales fell by 85% in the six months to the end of August, contributing to a 76% fall in group revenue.

The company said train travel was beginning to recover, “albeit more slowly than previously expected.” Trainline said it was “phasing its operations back to normal” and planned to redouble investment in digital.

“I’m pleased to now see the industry recovering, particularly in our International markets, as well as a faster shift to online reservation and digital ticketing, as anticipated, given the increased customer need for touchless travel,” chief executive Clare Gilmartin said.

Online trading platform IG (IGG.L) continues to see a surge in activity as the boom in retail investors continues.

IG said its revenue over the last 3 months had been £206m — 62% more than it made in the same period last year. The number of clients actively trading on its platforms jumped 50% and IG signed up 34,600 new customers in the period.

Retailer Next (NXT.L) briefly rose to the top of the FTSE 100 on Thursday after an upbeat update on trading.

The group raised its profit outlook for the second time in two months, despite posting £311m ($396m) in lost profit.

Next expects to make a full-year pre-tax profit of £300m, up from its previous forecast of £195m in July. The company said recent trading had been strong, with full-price sales in the last seven weeks up 4% on last year.

Shares rose 2% at the open in London, before paring back gains to trade up 0.8%.

European stock markets opened lower on Thursday and US futures were pointing to a sell-off on Wall Street later today, as traders reacted to the latest policy statement from the US Federal Reserve.

On Wednesday, the Fed kept US interest rates near zero and signalled that rates were likely to stay that way until at least 2023. Chairman Jerome Powell said the US economy was recovering quicker than expected but warned the outlook was uncertain.

After initially rising on the policy announcement, US stocks began falling as Powell delivered his press conference on Wednesday and US futures were deeply negative by Thursday morning. S&P 500 futures (ES=F) were down 1.6%, Dow Jones futures (YM=F) were 1.3% lower, and Nasdaq futures (NQ=F) were off by 1.7%.

The risk-off sentiment spread to Europe, where major stock markets opened deeply in the red.

The Bank of England is expected to leave interest rates unchanged and maintain its package of economic stimulus on Thursday, despite increasing pressure on the central bank to take more action.

The Monetary Policy Committee will publish its latest decisions at 12pm on Thursday. Private sector economists expect interest rates to be held at their record low of 0.1% and believe the Bank of England will maintain its bond buying programme at £745bn.

Allan Monks, an economist with JP Morgan, said he expects the Bank of England to “indicate a greater degree of caution about the outlook.”

But Monks and most other analysts don’t expect any concrete policy changes.

“We expect the Bank of England (BoE) to keep policy on hold in this week’s meeting,” a team of Bank of America economists led by Robert Wood wrote in a recent note.

US Democratic presidential candidate Joe Biden has warned the UK that unless it honours the Northern Irish peace agreement, there will be no post-Brexit trade deal with the US.

“We can’t allow the Good Friday Agreement that brought peace to Northern Ireland to become a casualty of Brexit,” said Biden on Twitter.

“Any trade deal between the U.S. and U.K. must be contingent upon respect for the Agreement and preventing the return of a hard border. Period.”

Biden’s intervention comes amid a row between the UK and EU over the Withdrawal Agreement that has threatened to derail trade talks. Both the UK and EU have accused each other of putting the Good Friday Agreement at risk.

John Lewis has confirmed staff will receive no bonus for the first time since the aftermath of World War II, as it revealed it had lost hundreds of millions of pounds this year.

It said it now expected a “small loss or a small profit” for the full year as stores have reopened, but sales remain 30% down on last year. Its worst-case scenario remains a sales drop of 5% at Waitrose and 35% at John Lewis.

The Co-operative Group’s CEO has warned the company “will not be immune” to Britain’s economic downturn even as it reported a 35% leap in profits in the first half of the year.

The company’s revenues rose 7.6% to £5.8bn ($7.5bn) in the half-year to 4 July as it benefited from the pandemic, according to its interim results published on Thursday.

It reported an “exceptional” six months for its Co-op Food and wholesale arms, with the latter supplying Nisa convenience stores since it bought the Nisa franchise in 2018.

Co-op’s grocery stores saw a seventh year in a row of like-for-like sales growth, with revenue up 5.2% to £3.9bn.

The Resurrection of Imitation of Christ

Thu Sep 17 , 2020
Photo credit: Amanda Demme/Courtesy of the Subject From ELLE Photo credit: Hearst Owned Style Points is a weekly column about how fashion intersects with the wider world. When Imitation of Christ began showing in 2000, the press immediately latched on to the sexiest talking points. There was the memorable name, […] 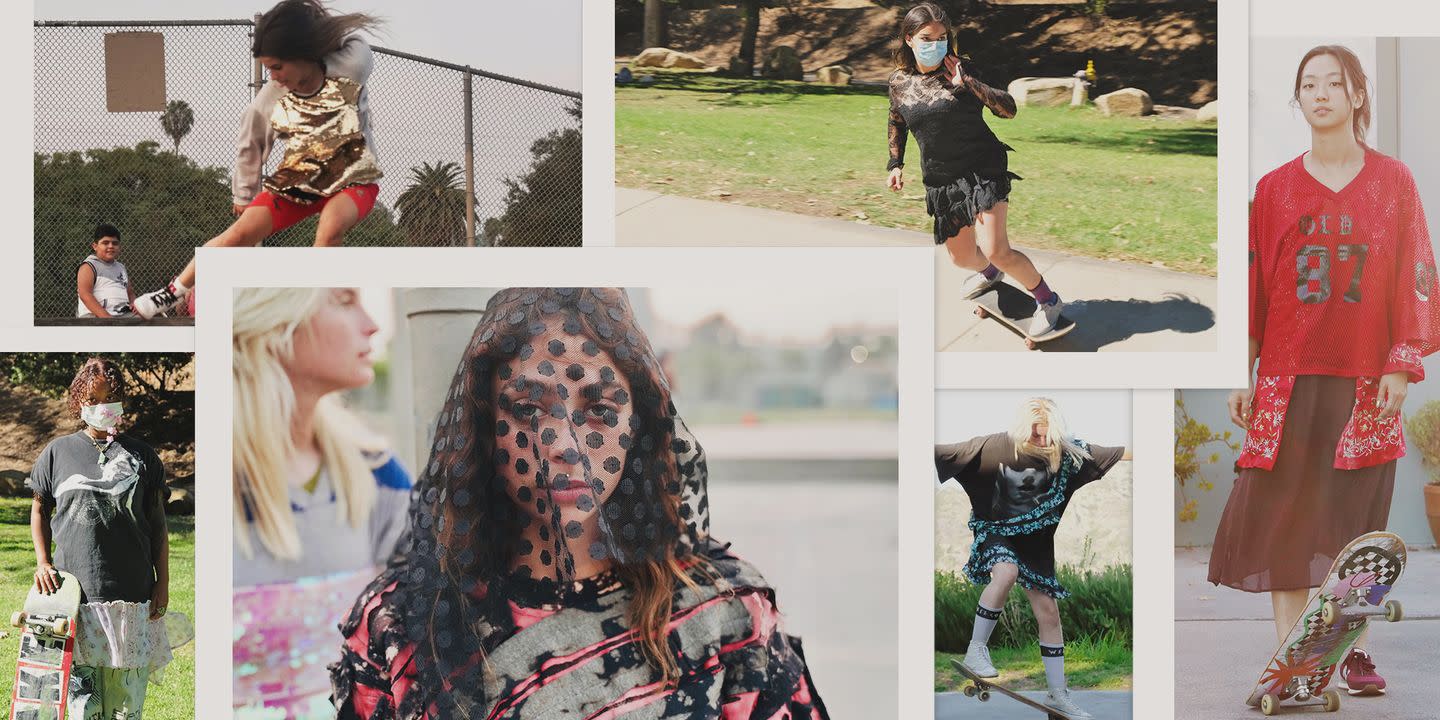