In 2017, a government watchdog agency placed the 2020 census on its “high-risk” list — sounding the alarm to the public and lawmakers that the consequential decennial faced near-insurmountable odds. The initial company printing the forms went bankrupt. There were cybersecurity weaknesses as the census moved online for the first […]

In 2017, a government watchdog agency placed the 2020 census on its “high-risk” list — sounding the alarm to the public and lawmakers that the consequential decennial faced near-insurmountable odds.

The initial company printing the forms went bankrupt. There were cybersecurity weaknesses as the census moved online for the first time, hiring shortfalls, cutbacks to crucial operational testing, and the Trump administration’s failed attempt to add a citizenship question disrupted the all-too-important head count.

Now, as a global coronavirus pandemic upends the American economy and daily life, the census faces a logistical nightmare to avoid what experts say could become a 10-year mistake that skews the balance of power in the U.S. for years to come.

On Monday, the Census Bureau announced it would end its count one month early, on Sept 30. The move created consternation among researchers, demographers, civil rights organizations, local community leaders, and immigrant rights groups.

“Even under the best of circumstances, the census is an enormously challenging and very, very difficult operation,” said Chris Mihm, the managing director for strategic issues at the Government Accountability Office, a watchdog agency. “When you impose late design changes on that, it just gets exponentially riskier.”

Steven Dillingham, the Census Bureau director, said in a statement on the bureau’s website that the agency is ending all of its counting efforts on Sept. 30, which means all enumerators who are door-knocking to collect responses from people who have not already self-responded online, by mail or by phone will halt their efforts then. He said the self-response options will also close on that date while giving assurances that the agency would strive for accuracy.

Meanwhile, roughly 63 percent of households have responded, according to the Census Bureau. There are 58 million households yet to be counted, and the agency now has roughly seven weeks to count them all.

Many of them live in hard-to-reach areas of the country, such as rural areas and communities with limited access to the internet. Also disproportionately affected are Native tribes, the fast-growing Latinx population, Asian Americans and Black Americans — all of whom have historically been undercounted compared to the white population.

“Can it be done? Sure, it can be done,” Mihm said. “But it’s going to be just exceedingly difficult for them to be able to do that and hit the targets of historical accuracy that they want.”

If not, he said, there could be a situation in which there is an even greater overcount of white Americans while nonwhite communities are drastically undercounted, distorting what he called our “national snapshot.”

The census results are used to determine the number of seats in the House of Representatives each state is allocated and the redrawing of congressional districts. It also affects the dispersal of billions of dollars of federal aid.

Currently, local leaders and governments across the country are ramping up efforts to make sure communities do not miss out on the $1.5 trillion dollars distributed over the next decade. The money funds hospitals, schools, public transportation and small businesses, among other areas — many of the major drivers of daily life and the economy that has been turned upside down by COVID-19.

Local governments and community groups are doing an onslaught of outreach to people reminding them what’s at stake.

Nearly two dozen states have put millions toward backstopping federal efforts. Fearing the loss of political power, California has poured nearly $200 million into outreach; Illinois allocated $30.5 million; New York, $20 million; and Washington state, $15 million, according to the National Conference of State Legislatures. Other states have earmarked less than $10 million each for the effort.

“We are going to go to the mat to get every New Yorker counted despite the challenges that the Trump administration continues to put in our way,” said Julie Menin, New York City’s census director.

The news of the Census Bureau cutting back one month also comes after President Donald Trump signed a memo in July that aims to bar undocumented immigrants living in the country from being included in the census for purposes of deciding how many members of Congress are apportioned to each state.

New York City and other state and local governments have filed suit against the administration, calling it unconstitutional.

“This is really an insidious ploy to have cities that have large immigrant communities in particular to lose congressional representation and to have that representation moved to red Republican areas,” Menin said. “That’s what this whole battle is about.”

Krish O’Mara Vignarajah, the CEO of Lutheran Immigration and Refugee Service, said her organization has done direct outreach to stress the importance of the census and sees the memo and cutting the deadline as the latest wrenches the administration has thrown into the process.

“Make no mistake, this is not simply a malicious and undemocratic move ahead of an election,” she said. “Its impact is real and will be felt devastatingly so for a decade by communities that have been marginalized since the dawn of the nation.”

“Immigrants are people and must be afforded the opportunity to be counted,” she added. “We cannot go back to the time in our country where people were not counted as full human beings.”

Due to the coronavirus pandemic, the agency shut down operations from March until early June. The agency asked for bipartisan action this past spring to extend its mandated Dec. 31 deadline for turning in apportionment data to the president by four months to April 30, 2021, and redistricting data to the states by July 31, 2021, instead of March 31, 2021. However, the legislation is stalled.

On Aug. 4, four former Census Bureau directors, who served both Democratic and Republican presidents, rang the alarm, warning that cutting the deadline would “result in seriously incomplete enumerations in many areas across our country.”

Roughly 900 national and community organizations also sent a letter to Senate leaders on Aug. 6 urging them to add provisions to the next coronavirus relief bill that blocks the census from rushing the count.

“If remaining counting operations are not done well, communities most in need of resources to improve quality of life and standards of living will get the short end of the stick for the next decade,” they wrote.

Rep. Carolyn Maloney, D-N.Y., the chair of the powerful House Oversight Committee, in May introduced the Fair and Accurate Census Act, which would extend the deadline and provide the agency with more resources. She said the measure is likely to pass the Democrat-controlled House but is unlikely to get a vote in the GOP-controlled Senate.

The Heroes Act, a massive coronavirus aid package that passed the House this past May, also included similar language to extend the census deadline and boost the agency’s budget.

Maloney, however, said she sees this fight to extend the statutory deadline and defeat the president’s memo also taking place in the courts because the census “is part of our democracy.”

Sat Aug 8 , 2020
“Do You Remember Dolly Bell?,” the directorial debut of iconic Serbian filmmaker Emir Kusturica, has joined Heritage Online, the Locarno Film Festival’s recently launched platform for classic movies. Set in Sarajevo in the mid-1960s, the film—an irreverent, coming-of-age story about a young man who falls in love with a prostitute—earned […] 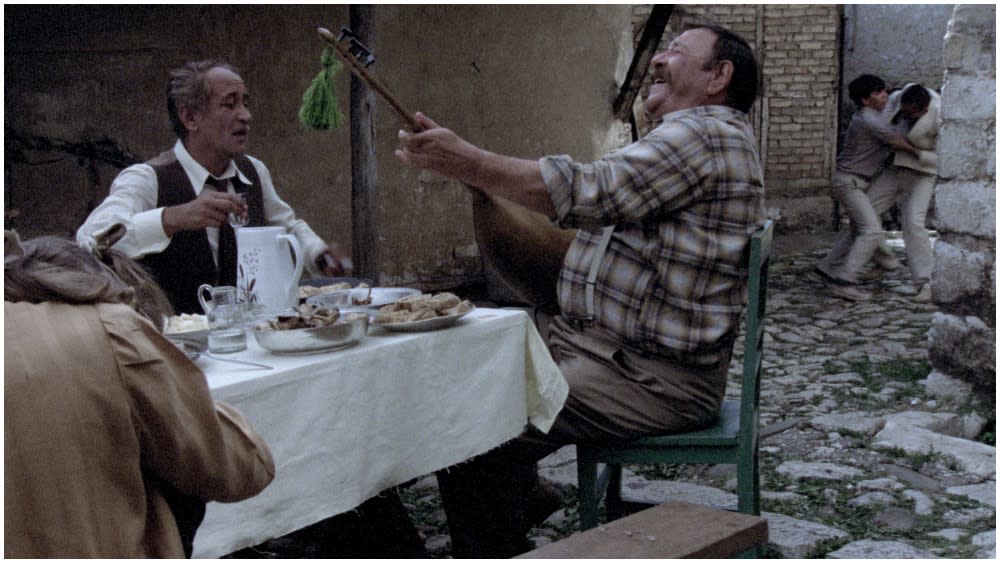