Donald John TrumpRomney on Trump election tactics: ‘Difficult to imagine a worse, more undemocratic action’ by president New York expands Trump tax fraud investigations to include writeoffs: report Biden promises federal government will pay for National Guard coronavirus work: ‘That should be paid for’ MORE on Friday announced two major actions aimed at lowering the price of prescription drugs, as he seeks to make a mark on the issue in the final months of his administration.

One rule announced Friday would lower drug prices in Medicare Part B to match the lower prices paid in other wealthy countries, a proposal known as “most favored nation.”

The second action would eliminate the rebates that drugmakers pay to “middlemen” known as pharmacy benefit managers, in a bid to simplify the drug pricing system and pass the discounts on to consumers instead.

Trump touted the moves while speaking in the White House briefing room on Friday, one of few public appearances by the president since his electoral defeat earlier this month. The president took no questions during the appearance as he continues to contest election results showing a win for President-elect Joe Biden

“Until now Americans have often been charged more than twice as much for the exact same drug as other medically advanced countries,” Trump said in his remarks.

The president acknowledged that drug companies fiercely opposed his “most favored nation” move, noting ads they have run against it. “The drug companies don’t like me too much,” he said.

The future of Trump’s moves also could depend on whether the Biden administration decides to keep them, which Trump seemed to acknowledge even though he has not conceded the election.

“I hope they have the courage to keep it,” Trump said.

Industry groups are also likely to launch legal challenges to the moves, adding another dose of uncertainty.

In an unusual situation for the Trump administration, the most favored nation rule is actually close to many Democratic proposals, and is opposed by many congressional Republicans, who argue it represents “price controls.”

The proposal is limited, though, in that it will only lower drug prices for people on Medicare, not people who get their insurance through their jobs, for example. It also only applies to a portion of Medicare drugs, those administered in doctors’ offices, not those that people get at the pharmacy counter.

Officials are skipping some steps in the regulatory process for the most-favored nation rule in a bid to speed it out the door, increasing the likelihood that a court will strike it down.

Trump first proposed a version of the rule in 2018, but it had been stalled for roughly two years before being revived in the waning days of the administration.

Pallone and Neal also warned that the rebate rule would actually increase premiums and government spending, something that independent projections have also shown. Health and Human Services Secretary Alex Azar released a letter on Friday citing his “extensive experience in this field” to argue there would not be an increase in premiums or government spending from the rule.

While the pharmaceutical industry opposes the most-favored nation rule, it actually supports the rebate rule, which is instead opposed by pharmacy benefit managers.

Democrats said Trump should have worked with them on more sweeping drug pricing legislation they passed last year.

“If the president were serious, he should have worked with Congress to enact our bipartisan legislation to empower the federal government to negotiate lower drug prices for all Americans,” Pallone and Neal said. “We look forward to working with a president that is focused on delivering meaningful results for the American people.”

Michelle McMurry-Heath, CEO of the Biotechnology Innovation Organization, an industry group, warned that the most-favored nation rule would “impose arbitrary foreign price controls on the very researchers trying to develop vaccines and treatments to end this public health crisis.”

13 strategies to boost your income, starting this weekend

Sat Nov 21 , 2020
13 strategies to boost your income, starting this weekend We’re guessing you could use at least a little more money right about now. Right? Maybe you’re struggling to make ends meet as the latest, ugliest wave of the coronavirus brings new lockdowns and business closures. Or maybe you could use […] 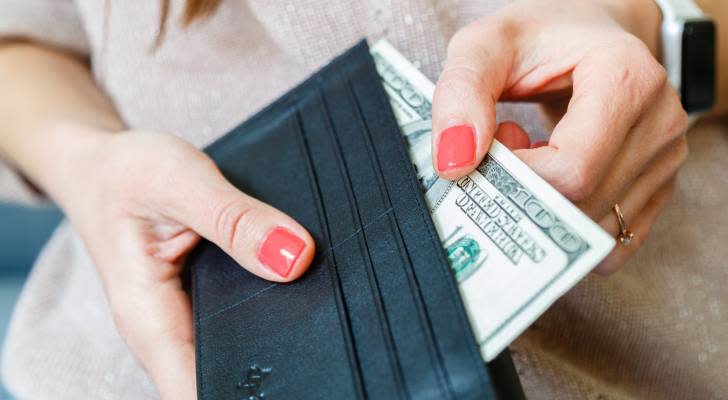