As millions of American children start the school year online, the Trump administration is hoping to convert their parents’ frustration and anger into newfound support for school choice policies that Education Secretary Betsy DeVos has long championed but struggled to advance nationally. DeVos and President Donald Trump have repeatedly invoked […]

As millions of American children start the school year online, the Trump administration is hoping to convert their parents’ frustration and anger into newfound support for school choice policies that Education Secretary Betsy DeVos has long championed but struggled to advance nationally.

DeVos and President Donald Trump have repeatedly invoked school choice as the solution to parents’ woes. If public schools fail to open, they say, parents should get a cut of the district’s federal funding to send their children to private schools or for home schooling, learning pods or other options that have arisen during the coronavirus pandemic.

For Trump, it’s seen as a potential lifeline to Black and Hispanic voters, who are more likely to support vouchers and other school choice options, polls have found. Speaking at the White House in July, Trump declared that “there is nothing that the African American community wants more than school choice.” He has also used the issue as a political weapon against Democratic opponent Joe Biden, who supports stricter accountability measures for charter schools.

For DeVos, however, the pandemic offers a new chance to win support for policies she has spent her career promoting. Before taking office, she spent decades as an advocate for charter schools and voucher programs in Michigan and elsewhere. As secretary, she has been credited with helping states expand programs but has struggled to make headway on federal legislation.

Since last year, she has been calling for a $5 billion federal tax credit to support scholarships that help students attend private schools or other education alternatives. The idea was included in Senate Republicans’ latest relief bill, which was voted down Thursday.

DeVos’ critics accuse her of exploiting a public health crisis to pursue her political agenda. But she says she’s fighting to give families access to a wider array of options as many districts remain online.

“Parents are increasingly demanding it,” DeVos said in an interview. “It’s becoming ever more evident that parents and students need to have more choices. I would argue that it is the ideal time to be talking about this more widely. And in fact, we are.”

In nearly every public appearance she has made during the pandemic, DeVos has used the spotlight to draw attention to school choice. On Twitter, she has highlighted stories of families calling for options beyond their local public schools. And even as schools of all type suffer financially as a result of the pandemic, DeVos has emphasized the struggles of private, religious schools.

Her focus on school choice has drawn sharp opposition from Democrats and public school leaders. In July, DeVos issued a rule that sought to shift millions of dollars in federal virus relief from public schools to private schools. Democrats and some Republicans in Congress said the rule conflicted with the intent of the funding bill, and several states vowed to ignore it. This month a federal judge appointed by Trump struck down the rule, saying DeVos overstepped her powers.

DeVos also drew criticism for using $180 million in relief aid to create new “microgrants” that families could use to send students to private schools, among other purposes. At the same time, she has publicly assailed some public schools that decided to start the school year primarily or entirely online. In-person instruction should be available to any family that wants it, DeVos has said, and anything short of that fails students and taxpayers.

Rep. Bobby Scott, D-Va., chairman of the House Committee on Education and Labor, said DeVos has shown an “overwhelming” preference for private schools amid the pandemic, while doing little to help public schools reopen safely. “She has at every opportunity used all of her discretion to divert money from the public schools, particularly low-income students in public schools, to help fund private schools,” Scott said.

DeVos, however, said she’s working closely with governors and state education chiefs and has yet to hear a complaint from them. Some public school districts have called on DeVos to provide clearer guidance and to push for more funding. She calls claims that she hasn’t done enough “hand wringing” and “excuse making.”

“There’s a notion that we had to have some dictate from the federal level about what schools have to do,” DeVos said. “It’s just a fallacy. And I’m afraid in many cases, it is an excuse for inaction.”

Her response has frustrated some superintendents who say DeVos told schools to reopen but left them to figure out how. She won praise for granting schools flexibility with federal rules, but many school chiefs take issue with her public admonishments and her renewed calls for school choice.

“Choice is important, but so is safety,” said Kristi Wilson, president of AASA, a national superintendent’s association. “We appreciate the flexibility, but what we don’t want is more divisiveness and more rhetoric.”

And supporters of school choice say DeVos is right to press for the issue now. Once an abstract debate for many families, choice has suddenly became a personal issue for parents across the country considering options to local schools remaining online, backers say.

Jeanne Allen, founder and CEO of the Center for Education Reform, said private schools and charter schools have been quicker to adapt to the pandemic and to reopen.

“Education right now is under a microscope like never before, and the problem is that districts don’t work for most people,” Allen said. “Secretary DeVos is really fortunate to be in a position where the most important worldwide concern right now is at her feet to handle as she might see fit.”

Whether the pandemic will boost demand for private or charter schools is still to be seen. Despite families’ frustrations with online schooling, Americans generally support a cautious return to school. In July, nearly half of Americans reported that schools needed to make major adjustments to reopen, and 31% opposed any return to the classroom this fall, according to a poll from The Associated Press-NORC Center for Public Affairs.

Even some choice supporters are skeptical that this is the moment advocates have dreamed of. Michael Petrilli, head of the Thomas B. Fordham Institute, a conservative think tank, said DeVos and Trump are so unpopular — especially among people of color — that their advocacy could do more harm than good for the movement. He argues that DeVos should have focused on uniting schools of all types to face the challenges of the pandemic.

“Instead she’s just been an armchair quarterback, criticizing schools for what they’re not doing,” he said. “She has been very clear in her messaging and her advocacy that she doesn’t have a whole lot of respect for traditional public schools.”

DeVos denies that she’s favoring one type of school over another.

“I’m focused on students, not on school buildings, school systems or any word that comes before school,” DeVos said. “I don’t accept the notion that we’re focused on one type of school versus another. It’s really on students.”

Mon Sep 14 , 2020
Some sectors of the economy will never return to pre-COVID levels, the chief executive of Britain’s fastest growing bank has said. “There’s segments where the new normal will have real scarring, and by scarring eventually they won’t return, in our view, to 2019 levels,” Rishi Khosla, the chief executive of […] 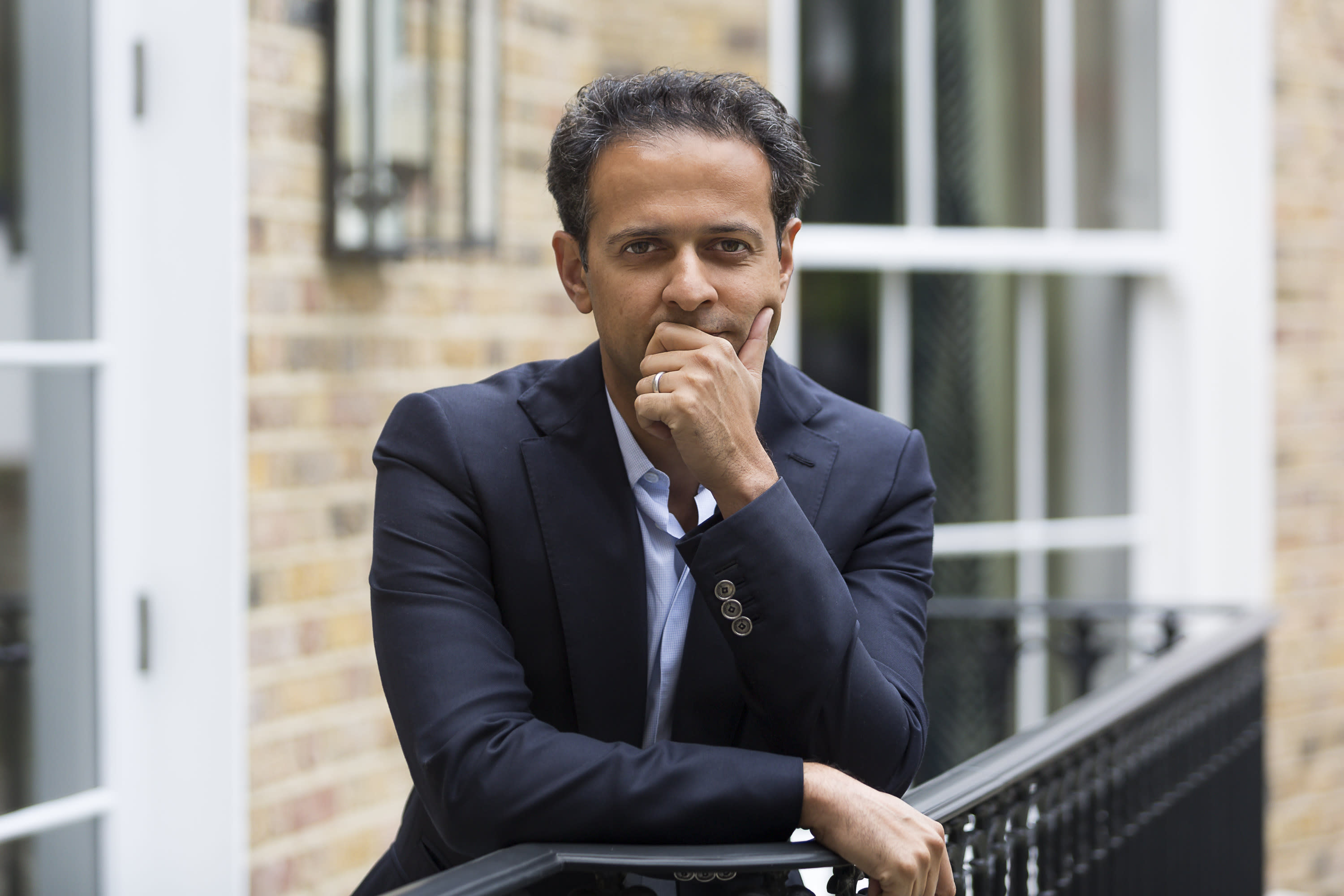