President Donald Trump has invited Michigan Republican lawmakers to meet with him at the White House on Friday, according to a Republican source familiar with the request — the latest move in his long-shot bid to overturn the election results. The invitation, which was confirmed by a White House official, […]

President Donald Trump has invited Michigan Republican lawmakers to meet with him at the White House on Friday, according to a Republican source familiar with the request — the latest move in his long-shot bid to overturn the election results.

The invitation, which was confirmed by a White House official, comes as Trump’s legal team withdrew from its federal lawsuit in the state and after the president called two local canvassing board Republicans, who later sought to rescind their certification of votes in the county that includes Detroit, one of those board members told NBC News.

The group of Michigan GOP lawmakers will be about a dozen people, although it’s unclear exactly which members of the Legislature will make the trip. State Democratic Party chair Lavora Barnes said the Republican leaders of the state Legislature, Senate Majority Leader Mike Shirkey and House Speaker Lee Chatfield, were going.

“They are more focused on continuing the GOP smoke and mirrors show designed to hide Trump’s humiliating defeat than taking care of the actual problems impacting Michiganders,” Barnes said in a statement, adding that the GOP leaders were “sending a message to everyone in this state that they care more about Trump than the people they were elected to serve.”

The GOP source familiar with the matter confirmed the leaders had been invited and were expected to make the visit.

Republican Sen. Mitt Romney of Utah, who has been critical of Trump, said of the president’s invitation, “It is difficult to imagine a worse, more undemocratic action by a sitting American President.”

“Having failed to make even plausible case of widespread fraud or conspiracy before any court of law, the President has now resorted to overt pressure on state and local officials to subvert the will of the people and overturn the election,” Romney said in a statement he tweeted from his personal account.

Although President-elect Joe Biden is leading Trump by almost 160,000 votes in the state, Shirkey and Chatfield have faced pressure from right-wing pundits to name electors for the president. Both of the GOP leaders have said they don’t plan on changing the rules.

“Michigan law does not include a provision for the Legislature to directly select electors or to award electors to anyone other than the person who received the most votes,” Amber McCann, a spokesperson for Shirkey, said earlier this week, according to the news site Bridge Michigan.

Chatfield told the site in a statement last week that “the candidate who wins the most of those votes will win Michigan’s electoral votes, just like it always has been. Nothing about that process will change in 2020.”

Rep. Rashida Tlaib, D-Mich., blasted the pair on Twitter for taking the trip.

“On Tuesday, we witnessed a racist attempt by the GOP to disenfranchise hundreds of thousands of voters. Now this impeached President wants these two to kiss the ring and steal the election. He lost, period,” she tweeted.

Tlaib appeared to be referring to the vote of the Wayne County Board of Canvassers on Tuesday, whose two GOP members initially voted against certifying the results in the Democratic stronghold. The two board members, Monica Palmer and William Hartmann, then reconsidered and verified the vote after a heated public meeting on Zoom in which they were accused of trying to disenfranchise minority voters, only to seek to rescind the vote the following day.

Palmer, the chairperson of the board, said that the president’s call to her and Hartmann on Tuesday evening had nothing to do with her highly unusual request the following day to undo her vote certifying the results.

Trump “called to make sure I was OK, that I was safe and to check on me. I appreciated that, knowing how busy he is,” she said.

President-elect Joe Biden carried the county, a Democratic stronghold, by margin of 2-1.

On Wednesday, Palmer and Hartmann signed affidavits saying they wanted to rescind their votes to certify the election, claiming they had been misled by their two Democratic counterparts.

“My work on the canvass is not attached to my support for the president,” Palmer said. “The president and I did not discuss rescission or anything like that,” she added. “My conversation with the president was about threats coming from the public and my safety – not about rescinding my vote.”

Trump had congratulated the pair online after their initial vote, tweeting, “Wow! Michigan just refused to certify the election results! Having courage is a beautiful thing. The USA stands proud!” The tweet was sent at around the same time the pair voted to certify the results.

The two Republican board members said in the affidavits that they certified the vote only after they had been promised an independent audit of Wayne County precincts and counting boards where votes recorded in the poll books did not match the number of ballots counted, the Detroit Free Press reported. They said they now do not believe the state will follow through with the audit, which has yet to be formally requested.

Aneta Kiersnowski, press secretary for Michigan Secretary of State Jocelyn Benson, said, “There is no legal mechanism for them to rescind their vote. Their job is done and the next step in the process is for the Board of State Canvassers to meet and certify.”

Adding to the unusual situation, Trump campaign lawyer Rudy Giuliani issued a statement Thursday saying the campaign was dropping its federal lawsuit in Michigan “as a direct result of achieving the relief we sought: to stop the election in Wayne County from being prematurely certified before residents can be assured that every legal vote has been counted, and every illegal vote has not been counted.”

In a court filing, Trump campaign lawyer Mark “Thor” Hearne II said they were moving to “voluntarily dismiss” their lawsuit because the “Wayne County board of county canvassers met and declined to certify the results of the presidential election” — a statement that did not reflect the reality that the board has certified the results.

The lawyer for Detroit, David H. Fink, asked the judge to sanction the campaign for using the filing to “spread disinformation,” noting the board “voted to certify the election results, and there is no legal mechanism for that action to be rescinded by affidavits.”

He said the campaign’s claim should be stricken from the record because it was made “for an improper purpose: to make a gratuitous, public statement about their purported reason for voluntary dismissal, before the court could reject their baseless claims of election fraud,” the filing says.

The judge has yet to rule on the request.

A state judge ruled against a lawsuit brought by two poll watchers last week that made claims similar to those filed by the Trump campaign. The judge said those making the claims “did not have a full understanding” of the vote counting process and their “interpretation of events is incorrect and not credible.” The action sought to block votes from being certified in Detroit.

Fri Nov 20 , 2020
The City of Portland has launched a website that makes it easier to find small businesses by letting people search for them by category. PORTLAND, Ore. — Ruthie Crawford, owner of jewelry lines Harlow Jewelry and Ruthie and Olive, says her business is down 60% this year. She said the […] 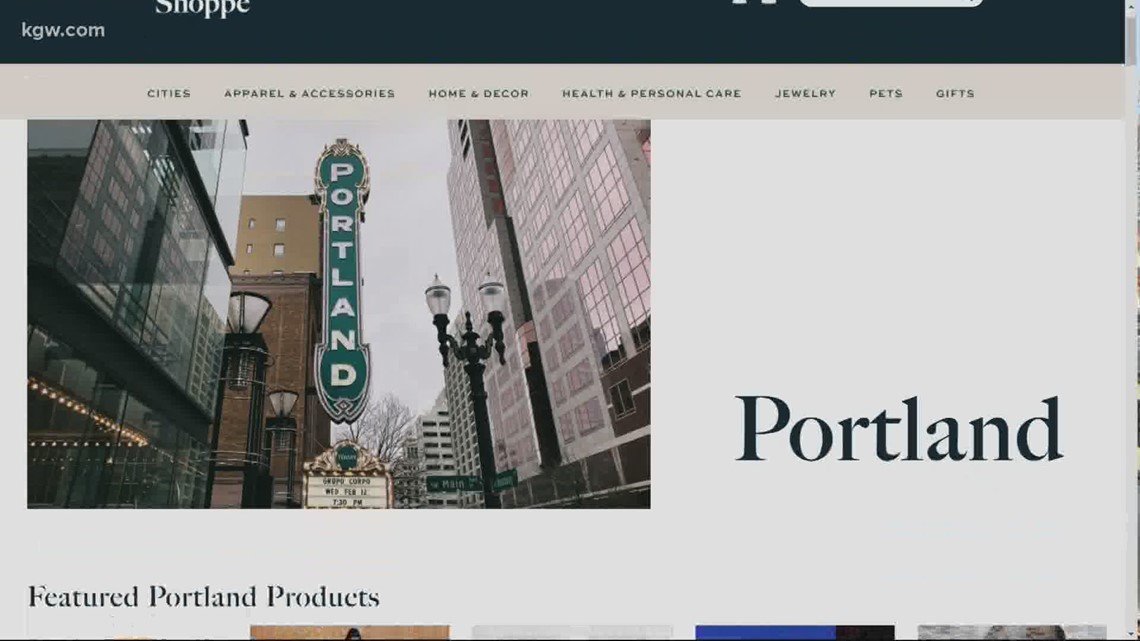