The Senate will vote on a slimmed-down coronavirus relief bill on Thursday that Democrats are expected to block. House Speaker Nancy Pelosi and Senate Minority Leader Chuck Schumer called the plan, which doesn’t include a second stimulus check, an “emaciated bill.” But Senate Majority Leader Mitch McConnell said he was “optimistic” Republicans would […]

The Senate will vote on a slimmed-down coronavirus relief bill on Thursday that Democrats are expected to block.

In Los Angeles, one day after releasing guidelines banning trick-or-treating and other Halloween activities, health officials walked back their rules on Wednesday. They now are “recommending that trick-or-treating not happen this year,” Public Health Director Barbara Ferrer said.

And universities across the country continue to contend with COVID-19 challenges. The University of Wyoming on Wednesday extended its fall return for the second time in a week, while the University of Wisconsin-Madison shifted to online education for two weeks.

📰 What we’re reading: What does it mean when a COVID-19 vaccine trial is on hold?

World may have entered ‘pandemic era’ driven  by climate change

COVID-19 may only be the beginning of global pandemics – a future scenario in which climate change may also play a role. A recent study in the journal Cell said, written by Dr. Anthony Fauci and medical historian Dr. David Morens, argues that the world has “entered a pandemic era.” The study paints forecasts pandemics become more numerous.

“I don’t have a crystal ball, but what we are seeing looks very much like an acceleration of pandemics,“ Morens told BuzzFeed News. Causes he cited include deforestation, urban crowding and wet markets for wild game.

President Donald Trump acknowledged that he was publicly downplaying the coronavirus while privately admitting its severity to veteran Washington Post journalist Bob Woodward as early as February. Trump told Woodward in an interview on Feb. 7 about how much “more deadly” COVID-19 would be than the flu, a startling juxtaposition from the president’s public remarks at the time and in the months since about COVID-19, its lethality and its spread. In Woodward’s book “Rage,” the journalist interviewed Trump 18 times and included audio recordings of their conversations.

“I wanted to always play it down,” Trump said to Woodward on March 19, according to news outlets. “I still like playing it down, because I don’t want to create a panic.”

U.S. to drop COVID-19 screenings for some international passengers

The U.S. government is halting its enhanced entry screening for certain international passengers at airports starting Sept. 14, according to the Centers for Disease Control and Prevention. The current system of temperature checks and screening for COVID-19 symptoms at 15 centralized airports will be dropped in favor of shifting responsibility to the individual passenger. Instead, the emphasis will be placed on pre-departure, in-flight and post-arrival health education; voluntary electronic contact information collection; and post-arrival recommendations for self-monitoring, including staying home for 14 days if arriving from a high-risk destination.

President Donald Trump may have to find a new home for planned weekend campaign rallies in Reno and Las Vegas after local officials warned the events would violate Nevada’s ban on gatherings of more than 50 people during the coronavirus pandemic. The Reno-Tahoe Airport Authority confirmed it had sent a letter to rally organizers warning that Saturday’s planned 5,000-person event “may not proceed” after airport attorneys determined it would violate state and local COVID-containment directives.

“This has nothing to do with politics,” airport authority CEO Daren Griffin said in a statement. “The letter we sent is about directives and safety and not political campaigns.”

Earlier Wednesday, former Nevada Attorney General Adam Laxalt, a Republican, tweeted without evidence that Trump’s scheduled appearances at the Reno-Tahoe Airport and Las Vegas’ Cirrus Aviation were scrapped in an “outrageous” act of “partisan political retribution.” Gov. Steve Sisolak, a Democrat, later tweeted that his office had “no involvement” in the decision.

Most Michigan high school sports are getting a late start this fall, and now a new executive order will make sure you see sports like you’ve never seen before. Gov. Gretchen Whitmer signed an executive order mandating a face covering be worn at all times by “athletes training for, practicing for, or competing in an organized sports when the athlete cannot maintain six feet of social distance, except for occasional and fleeting moments.”

Swimmers are excluded from this order, but football, soccer and volleyball players are not. So, expect to see players on the field and on the sidelines wearing masks under their helmets when games begin Sept. 18.

The University of Wisconsin-Madison has paused in-person classes due to a spike in coronavirus cases on campus. Starting Monday, classes will be held remotely. Officials cancelled classes from Thursday to Saturday. “Unfortunately, our positive test rate among students continues to rise far too rapidly,” officials announced Wednesday in a news release.

There’s also been a “sharp” increase of confirmed cases in two residence halls, and officials have asked residents to quarantine for the next two weeks.

Meanwhile, the University of Wyoming extended the pause on its fall return until Monday. Officials said Wednesday that the extension will allow them “to gather additional data about the prevalence of COVID-19 infection among the UW community.” Last week, Seidel paused the university’s fall return after seven students tested positive for the virus on Sept. 2.

Navajo Nation health officials reported zero deaths for the second time in three days on Wednesday. This comes after tribal health officials reported no additional deaths on Monday for the first time since March. Officials also reported 12 new confirmed cases of COVID-19 on Wednesday, bringing the total number of infections to 9,915. The death toll remains at 527. About 98,000 people have been tested as of Wednesday, and 7,100 have recovered, officials said.

“Wheel of Fortune” fans are going to see some changes when the long-running game show returns for its 38th season on Sept. 14. Due to the COVID-19 pandemic, production of “Wheel” has been adjusted to accommodate safety protocols to slow the spread of coronavirus, according to a press release from the game show’s production company, Sony Pictures Television.

In addition to following local government guidelines and rigorous testing protocol for contestants, talent, staff and crew, the upcoming season of “Wheel of Fortune” will see the platform surrounding the wheel redesigned, allowing for contestants and host Pat Sajak to stand six feet away from each other. Players must spin the wheel using a personal “spinning cap,” which is a small cloth pocket that allows contestants to grip and spin the wheel without actually touching it.

Teachers in at least three states have died after bouts with the coronavirus since the dawn of the new school year, and a teachers’ union leader worries that the return to in-person classes will have a deadly impact across the U.S. if proper precautions aren’t taken. AshLee Marinis, a 34-year-old special education teacher in Missouri, died after being hospitalized for three weeks. Elsewhere, a third-grade teacher died Monday in South Carolina, and two other educators died recently in Mississippi — which has reported 604 cases among school workers.

Thu Sep 10 , 2020
If you’re like most people, you have a grocery budget, which means that you have allotted a certain amount of money for each trip to the store. Depending on price bumps and whether you’re forced to substitute a more expensive product for the one you actually wanted, it can be […] 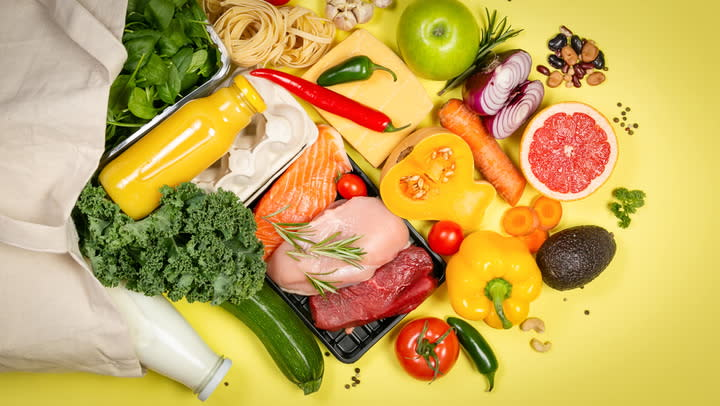