Anna Moneymaker/Getty When Republicans nominated Donald Trump for the presidency four years ago in Cleveland, they had a stable of regular on-camera personalities to back them up. Trump attorney Michael Cohen went on CNN to defend criticism of his boss by Sen. Ted Cruz (R-TX). Trump-supporting media star Scottie Nell […]

When Republicans nominated Donald Trump for the presidency four years ago in Cleveland, they had a stable of regular on-camera personalities to back them up.

Four years later, that enthusiastic and absurd Trump surrogate operation was almost nowhere to be found. Some of the most ubiquitous 2016 Trump backers and GOP convention speakers had been absorbed into the administration. But many have simply disappeared from the defend-Trump news gauntlet, often by flaming out in spectacular fashion. And several had even publicly turned on the president, trashing him in the press as a racist and an existential threat to the republic.

“It’s sad to see those who have been with President Trump since the very beginning not being properly rewarded for their loyalty,” Hughes, who now anchors a show at RT, told The Daily Beast. “These are people who’ve sacrificed their reputations and their lives to support this president and his agenda.”

Hughes, who lost most of her remaining Trumpworld connections after filing a sexual harassment lawsuit against Fox News and a Fox Business Network anchor, added: “The reason you’re not seeing many of the same 2016 people running defense for [Trump] and his agenda is because people’s lives and livelihood have been destroyed, and for what gain? Only to be left behind by the 2020 campaign and by the administration.”

The exodus of Trump’s 2016 surrogate team is partially a microcosm of the troubles the president is experiencing electorally writ large. People who were once close to him have scurried away. Dubious ethical decisions have complicated the message. And others, like a chunk of the country, are simply exhausted by the show. As one cable news executive told The Daily Beast: “All of the people front and center in 2016 completely flamed out.”

There is Jeffrey Lord, who has been largely absent from major cable news airwaves after being fired from CNN for making a joke online about a Nazi salute. There is Corey Lewandowski, who was hired by CNN just days after being fired by the Trump campaign in 2016, but quit immediately following Trump’s election following a rocky tenure at the network. And there is Kellyanne Conway, who announced that she was stepping away from her White House role to focus on family and would not be entertaining possible cable news offers.

The lack of a visible and attention-hungry pro-Trump television surrogate class has come as many of the president’s prominent 2016 advisers (formal and informal) have also been sidelined or decided to remain silent.

Facebook board member and billionaire Peter Thiel was among Trump’s most important backers and convention speakers in 2016. Nowadays, he is nowhere to be found, having soured on the administration largely over the president’s handling of the pandemic. Jeff Sessions, the former Alabama senator who became an early Trump endorser and later his first attorney general, has fallen out so hard with the president in the time since that Trump actively sought to burn down his political career earlier this year. Flynn, Trump’s first national security adviser and current MAGA celebrity, was a big hit at the 2016 GOP convention. But he has been practically invisible during this campaign, dragged down by the sheer weight of his legal baggage. Steve Bannon, Trump’s 2016 campaign CEO, was recently arrested for alleged illegal use of a nonprofit to enrich himself. Paul Manafort, Trump’s onetime campaign chairman, is still waiting on his potential pardon from his former boss. And Jerry Falwell Jr., a major figure on the Christian right and one of Trump’s most important endorsers during the 2016 Republican primary, is likely not going to be the president’s strongest religious asset for the remainder of this election, given that his life and career are now engulfed by a pool boy sex saga.

Some of the lack of freewheeling pseudo-professional appearances can be credited to the institutional changes in Trumpworld. The president’s campaign is more centralized, and dispatches official staff instead of relying on a sprawling network of surrogates.

“While Joe Biden hides out in his basement, content to let the far-left cable news pundits do his campaigning for him, our campaign has no shortage of people on local and national networks on a daily basis, making sure President Trump’s historic record of success is heard by Americans across the country,” Trump deputy national spokesperson Courtney Parella said in an email. “Our priority is connecting directly with voters and letting them know how President Trump is working for them, and that happens beyond the beltway bubble.”

Some of its top outside television surrogates during the 2016 campaign such as Kayleigh McEnany have been brought in-house (McEnany now serves as the White House press secretary and did speak during the 2020 convention). The campaign and White House also regularly dispatch official “warriors,” as Trump often calls them, like campaign communications director Tim Murtaugh, legal adviser Jenna Ellis, and White House trade adviser Peter Navarro.

On the network side, CNN still employs some more polished pro-Trump contributors, including Rick Santorum and David Urban, who is a board member in a pro-Trump group. But those voices tend to be less provocative than in 2016, when pro-Trump surrogates had a tendency to spark their own news cycles by making racist or false comments.

The lack of regular on-air Trump supporters has come after cable news took heavy criticism for running unfiltered pro-Trump commentary during the ‘16 cycle. And top executives at the networks—and even some social media companies—have made changes to ensure that the president doesn’t overwhelm their airwaves and websites in ways his critics alleged he did.

But television news higher-ups who spoke to The Daily Beast say it is mostly a result of lack of interest by producers and news organizations in sycophantic guests without official jobs in the campaign or administration.

“The networks don’t want someone on there to just spin for Trump no matter what,” one cable news insider said.

“He handles his own talking points, you don’t need someone to express his point of view,” another said. “He’ll do some tweet and you’ll call his own comms director who will say ‘I have no idea, I’ll get back to you.’”

Some news insiders wonder whether the lack of a prominent platform for Trump and his regular unofficial on-camera supporters on the networks will have any impact on the election at all.

Trump received a tremendous boost in 2016 by consistently appearing on network and cable television. He called into various shows incessantly, and often stayed on the line for long periods of time—flooding the proverbial news zone. Various studies measured the tremendous boost Trump also received from the networks for carrying his rallies live and unedited, allowing the then-candidate to regularly spread misinformation and campaign messaging to millions of Americans unfiltered by fact-checking. Television execs have attempted to curb some of the president’s more blatant attempts to spread incorrect information, airing real-time fact-checking and often cutting the president’s appearances short when he begins to ramble.

Still, few studies examined whether the then-candidate’s small band of loyal television regulars actually helped the campaign in any material way. Though he has largely avoided mainstream television interviews, and left his television surrogacy to official campaign spokespeople, Trump’s retains a strong base of support, and continues to drive national news cycles with his statements, tweets, and other media appearances.

Some of Trump’s biggest TV advocates from the 2016 run aren’t taking the roster shakeup personally.

“There is a decided difference between a campaign of someone who doesn’t hold the office and an incumbent president and incumbent White House,” Lord said. “Once you are in the White House, you develop a whole raft of people who are in the administration, like my friend and former CNN colleague, Kayleigh…It’s just qualitatively different.”

To Lord, the turnover since 2016 is just part of the business. “In 2016, of course, Donald Trump didn’t hold the office, he was rated as an underdog and that he wasn’t gonna win. So, people who would stick up for him, myself included, were fewer and farther between and harder to find. It was a different kind of thing,” he said. “This happens. I don’t find anything unusual about this. Some make the cut, and some don’t.”

How to Get a Business Loan in 8 Steps

Sat Aug 29 , 2020
Before Applying for a Business Loan Have a purpose Before applying, be able to explain why the money is needed and how, specifically, it will be used to improve profits and provide enough cash flow to repay the loan. Common uses for proceeds of business loans include: Working capital Purchasing […] 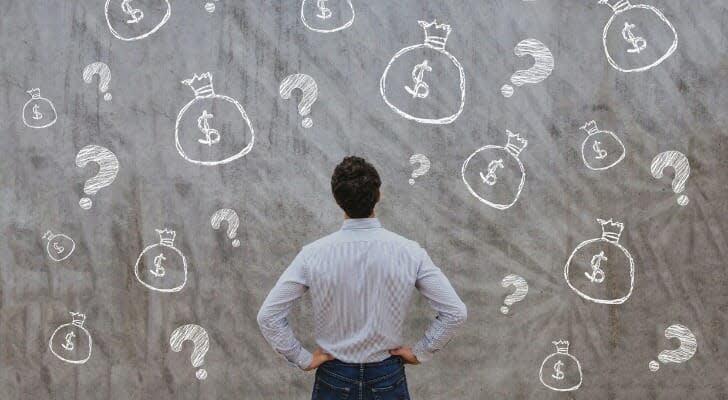